Even the iPhone is Racist!! 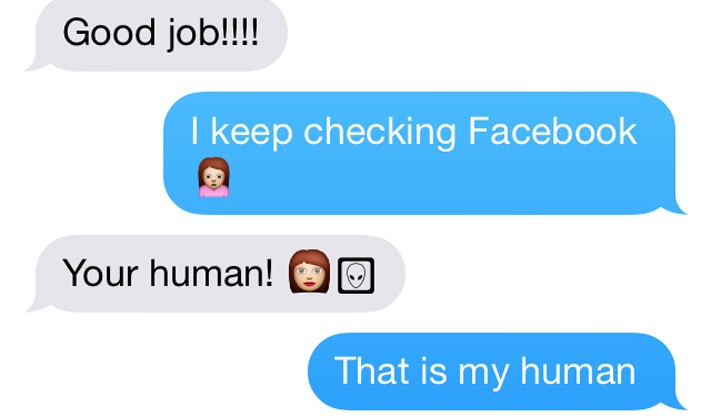 Whether you are one of the 64 white pundits for Fox news insisting racism doesn’t exist, or a rich white person who lives in Greenwich and is concerned more about property than people – there seems to be a lot of denial in America around the black experience. This willful ignorance is not only maddening, but also infuriating, exasperating, and enraging. Thanks thesaurus.

So for all of you people out there who genuinely don’t think racism is a problem in this country, and that the citizens of Detroit are unjustified in their desperation… let me prove to you the extent of just how racist the world still is.

The iPhone is racist.

How do I know this? Let me tell you.

A few weeks ago, my friend asked me if I had yet to update my emoji app. A very important question in theses postmodern times. I told her I hadn’t, so now when we text emojis (which happens more often than not) our emoji’s are sometimes different. There is an emoji inconsistency because of our emoji incompatibility. My phone had to translate her upgraded emoji expression because I didn’t have the same access as her.

Now, I still haven’t done the update, because that is how I roll. I take my time when it comes to updating. So today we were texting, and she sent me the emoji face of a woman. She chose a black emoji woman – because she is an equal opportunist user of emoji. Do you know how this black woman came up for me? 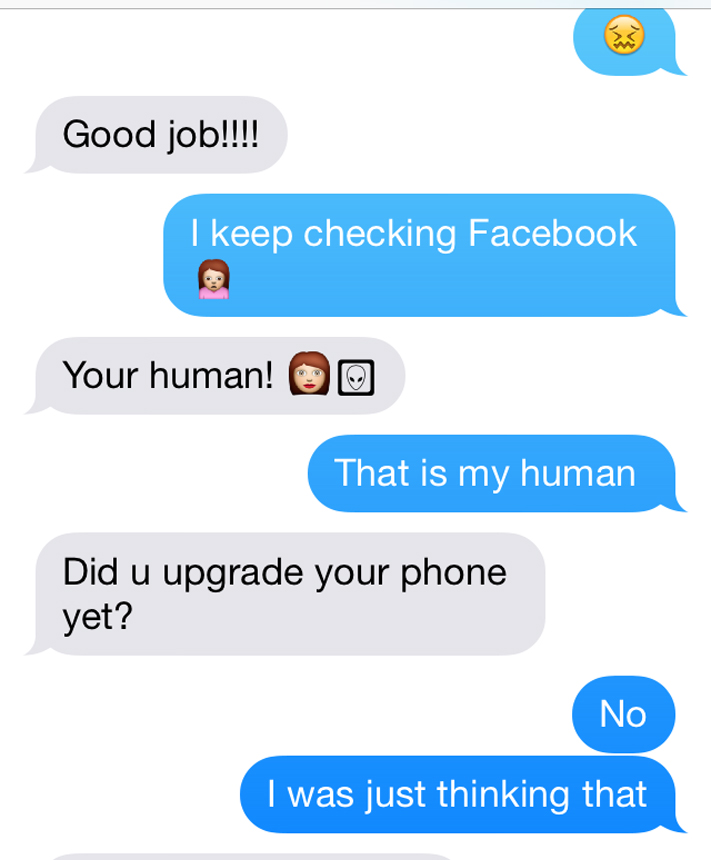 And this was HER message to me!? 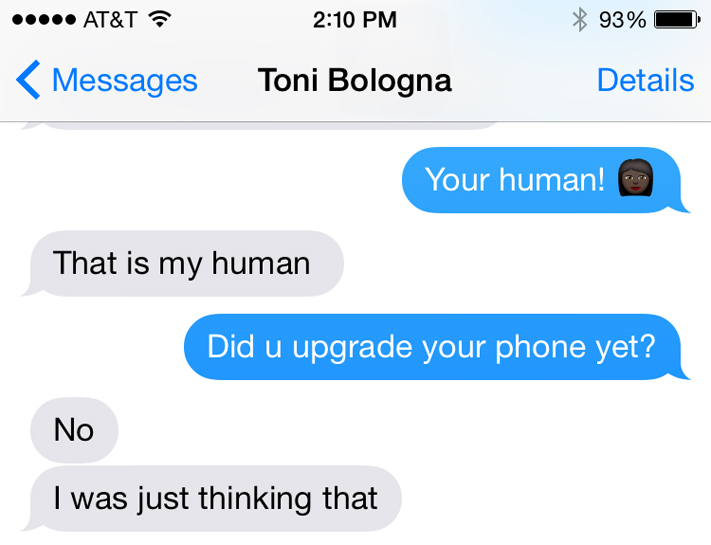 Previous post:
Getting Frisky On Kevin Allison’s “Risk!” Next Post:
Who Puts the “Just” in our Justice System?