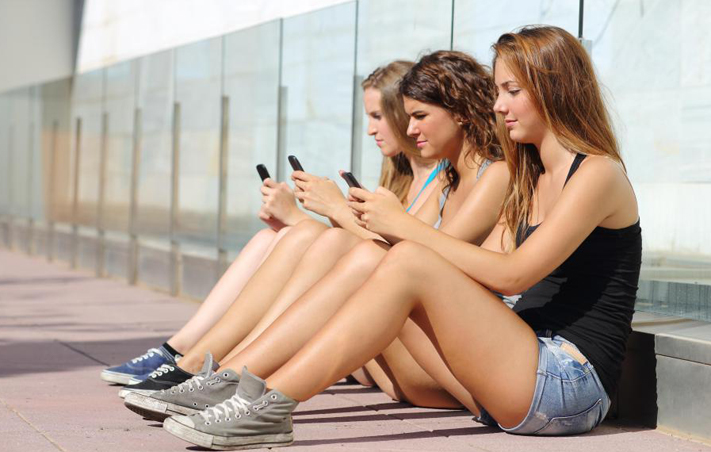 Every generation looks at teenagers and thinks they are corrupted by modernity. It is natural to glorify your own youth, and believe there was a wholesome quaintness that no longer exists in current times. It is so common it’s cliché to feel alienated by teens just because you are not one – but fuck am I really that old already?

Here is the deal, where I live right now in New Hampsha is the same town I grew up in. I mean, sort of. I actually lived in Boston, but I “summered” here, because yes summer is a verb. So being in this place that I have known my whole life forces me to compare then and now. It is impossible to avoid because I am surrounded by familiarity.

I am always paralleling the past to the present – wondering things like “did there used to be this many cars on this old country road?” or “has this place always been so aggressively white?” I feel like the modern age is corrupting even the most remote places, and soon there will be nowhere to escape from the inevitable transhumanist nightmare of the future.

The other day, I was at the beach with The Munch, reminiscing about the hundreds of hours I spent at that very same spot as a child. It was a peaceful moment, seeing my daughter enjoying the same lake, and playing with the same sand. I was transported back to a time of life that was coated with simplicity, and felt grateful for the continuity. Then I looked over and saw these 3 teenager girls – AND THEY WERE ALL ON THEIR FUCKING PHONES!

I got soooooooo depressed. All I could do was think of all the times I was in their same position, but since we didn’t have phones we swam, talked, played cards, or read stupid sex tips from stupid magazines to each other. Those were the endless summer days with nothing to do but be together. Sometimes they were boring, but there was tranquility to that boredom because you were so glad you weren’t at school. Besides, being bored as fuck means eventually you come up with awesome ideas of things to do – like push on your friend’s chest until they pass out, or smoke pot and make chocolate chip cookies. Necessity is the mother of invention, and without boredom you are never forced to come up with creative ways to entertain yourself.

Part of me was like “Who am I to judge this scenario? Maybe there are doing advanced quantum mechanics and solving equations? Or they could be editing a movie, or making a song using the sounds of life that no one notices or appreciates like some retro new age old school pop /rock/ psychedelic/ indi band.  Whenever I see any apple commercial that tells you all you can do with your iPhone, I realize that there is a shit ton I do NOT know about the iPhone. Perhaps these kids are way smarter  than me…. or they are looking at pictures of themselves on their Instgram profile?”

Not that I blame these girls. It is not their fault they are seduced by the appeal of technology. The cure to boredom is no longer dependent on your imagination where you have to work for it, but in your pocket where you can just grab it easily. Yet all I could do is look at them with a mixture of disdain and pity. I felt like an old-timey guy wanting to sing Sinatra-esque tunes about times gone by. Sigh. Kids these days.

(If I had a smart phone when I was 16, would I have come up with the below FANTASTIC idea of wearing a white turtle neck while humping a pillar with my friend?) 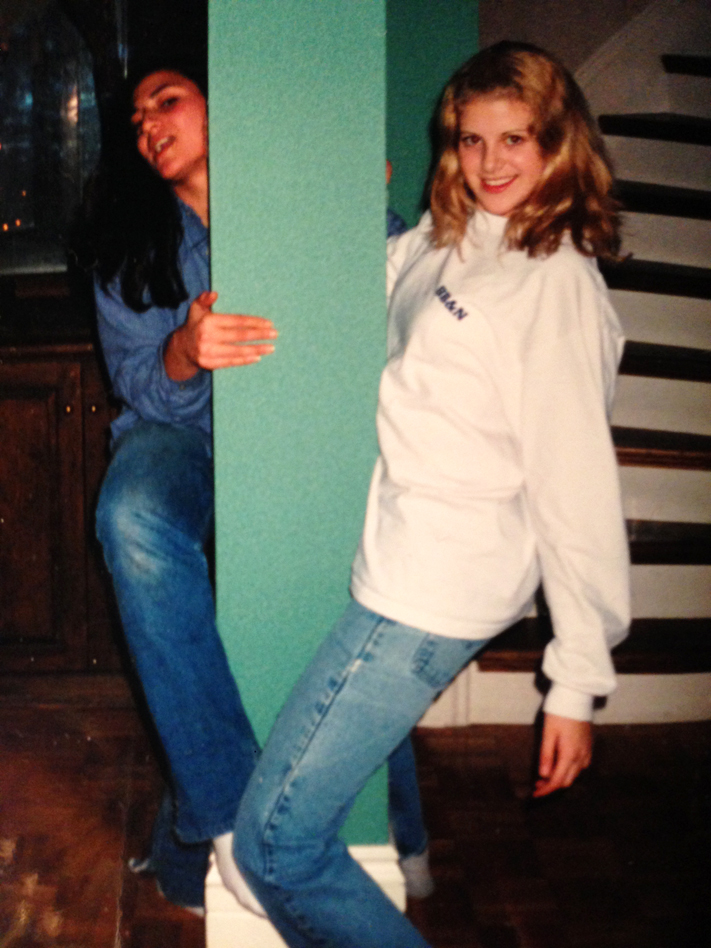 Previous post:
The Preppy White Hiker Next Post:
Don’t even think of leaving your kid alone… EVER