Getting Frisky On Kevin Allison’s “Risk!” 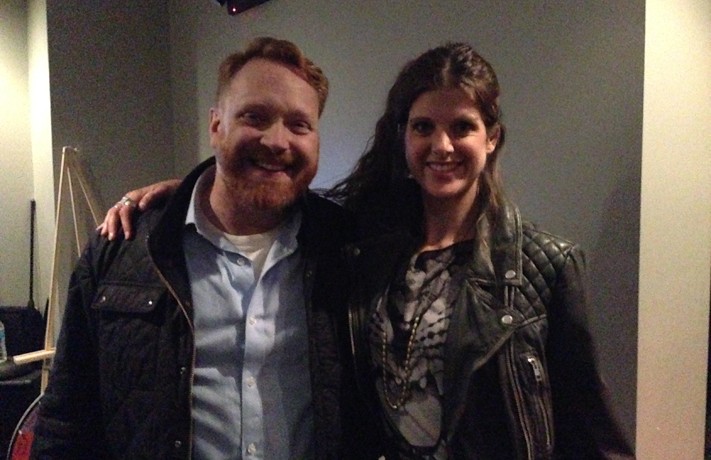 Even though I am pretty comfortable being emotionally open on paper, that’s because I’m not with you when you read this, or aware of your reaction. I don’t have to sit next to you to hear if you are laughing as you peruse through the 90 different euphemisms I use for my vagina. I am actually watching you from outside your window, so I can’t hear anything. OPEN YOUR FUCKING WINDOW ALREADY!

There’s a safety to being hidden behind a screen because I am semi-protected from your response to me. Of course there are people who comment on my articles and say mean things, but don’t have to read those. I can just pretend everyone loves everything I say. Who cares if “bonertown23890947567839847” thinks I’m a dumb cunt who should be taken out back and shot,” because I never even read that comment! (*Chokes back more tears).

Then last week my friend Miriam sent me an email saying how Kevin Allison – the comedian who started the podcast “RISK!”– was looking for submissions for his Boston show. At first I was like “Eh, every time I submit to things like this I get rejected, so what’s the point?” (*Tears of self-pity). It sat in my email box for days, just staring at me, reminding me of my insignificance in the universe. I noticed the deadline was soon, and said fuck it. I submitted this story about how my parents sent me to the Transylvanian Alps when I was 14, because seriously who the fuck does that?

So it turns out that my story got selected to be on the show! Now here is the thing. I’ve never been on stage before, except for dance performances. My friend Grace was like, “just think of this as a noisy mouth dance,” which even though that made perfect sense, I was still SUPER intimidated. The weekend before was the first time I had ever spoken into a microphone! I’m on the board of the Monadnock International Film Festival, and I was giving out a grant I had created for a high school student filmmaker. I wasn’t nervous at all until I got on stage and saw all these people looking at me as if I was supposed to say something. I was a mess. My hair was in front of my face, and I looked like a 17-year old stoner who called myself Gangja Breath. I had no idea what to say, and was like “Uhhh I made this grant because education is good and stuff. Kids should like, make movies by trying to make movies or whatever… (long pause) San Dimas High school Football RULES!”

I did a recording of my story so Kevin could give me notes. This is my favorite part of his email “One of the things that pops out at me about your story is this. It seems like most parents would be very careful about sending their 14-year old girl overseas without a chaperone or a highly reputed exchange program with references. Eastern Europe has been notorious for decades for culling young girls into sex slavery. At the very least, you could have been raped by the soccer playing boys you met over there. Most young people traveling overseas without guardians are at least college-age. And most American kids who travel go to stable, 1st world cities like London or Paris. Parents of the 90’s to today are constantly criticized for being way too overprotective. But your folks seem to have something else going on in this story.

So it’s worth unpacking all that more. Because the audience will be thinking, “What was going on with this girl’s parents? How much good is it going to do for an American kid to get in touch with her Hungarian roots?”

HAHAAHAHAHAH you bet your sweet ass I sent that to my parents so they could give me answers!!!!!!!! My mom was just like, “You were born in the 80’s – what do you want? I didn’t put a helmet on you to eat breakfast.”

I couldn’t admit that I was a total virgin to this experience, so I pretended that I at least finger-banged and gave rim jobs. As Grace left me in the Green Room to watch the show I was left alone, and started to shake. The comedienne that was going on before me, Robin Gelfenbien looked like a nice person, so I started talking to her to see if we could form a co-dependent relationship. She reminded me that being nervous was normal and to just be myself. She then checked to see if there were any brown stains on my pants, before going through her notes for her story. She had the genius idea of writing hers down, and bringing a printed copy. I was like FUCK FUCK FUCK… what is this story again? Why didn’t I think of that!? Grown ups do things like use printers!

Kevin told his story and killed. It was about the time he got crabs, which reminded me of the time I caught Cuban crabs. (Technically it was body lice, but you know where they settled). Robin then went on stage, and I paced like an enslaved lion in a zoo. I tried breathing, but it just turned into hyperventilating so I stopped all together.

Right before I almost passed out I remembered something. “Toni – you have a body! You should use your body on stage and say things with it!! Let your body help your story!”

Thinking about my body got me out of my head. Kevin then introduced me, and I walked on stage. We shook hands, and he gave me the sweetest smile. It totally disarmed me, and I just started to tell my story. A story I have told countless times at the dinner table, whenever my parents are around and whenever they have guests… because seriously who sends their 14-year old daughter to the Transylvanian Alps to a place called Camp Commando?

PS my parents totally did come to the show, so they could hear the story for the 400th time.

PPS Here is my Dad’s reaction to the show.

I haven’t yet written you to tell you how much I liked your stand-up.
You have a real knack for live performance.
Also, you were great at the microphone. Excellent distance… I didn’t hear a single puff into the audio. Wow, you’re a real pro.
And I loved the material, even if I was the major foil.
On the content, my only tweak… Camp “Kommando” is a vestige of the old Austro-Hungarian Empire, I believe. So it has nothing to do with
Nazi death camps. The closest thing to Nazi behavior was that of the Romanian “Iron Cross” between the two big wars. My info on all this is wobbly, I grant you – as you know better than anyone, I should have done more homework back then – but, I’m pretty sure about Kommando. Even I wouldn’t send you to a death camp.
Love,
Dad”

(Me getting ready for the show… I guess adults aren’t supposed to sleep with stuffed animals either. Fuck I really need a printer). 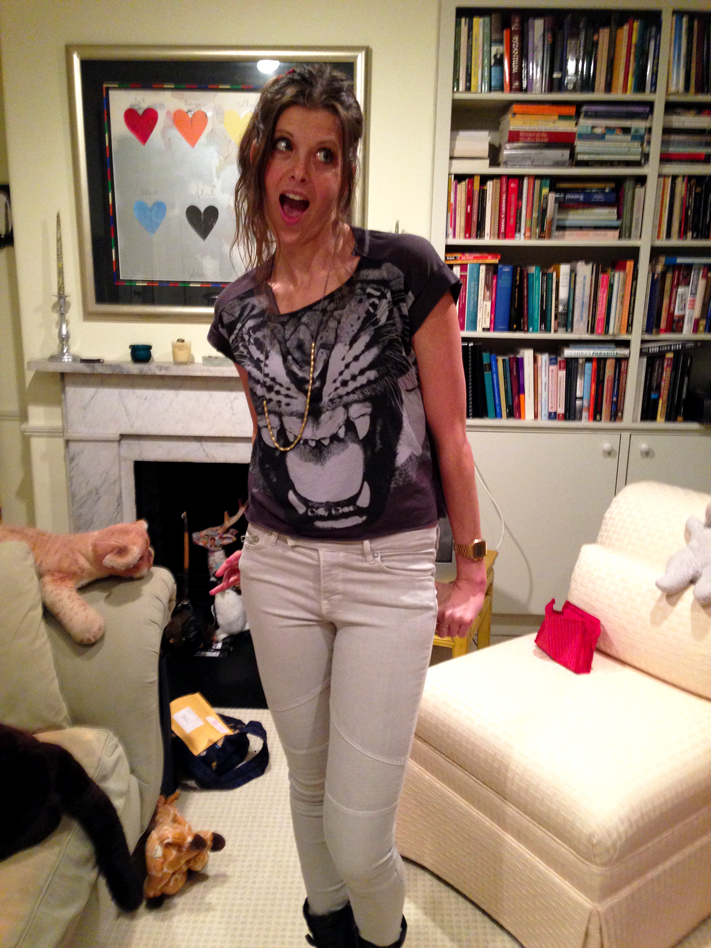 Previous post:
If Straight Dudes Ran the Fashion World We Would Solve So Many Problems Next Post:
Even the iPhone is Racist!!