“Stay With Me” To Talk About Artistic Integrity 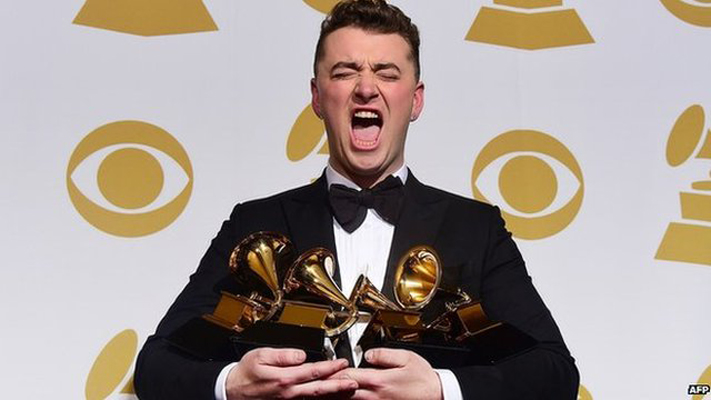 Ummmmm I spend ONE day away from my computer, and now I feel like I am resurfacing from years living under a rock. Getting online today my eyes squinted from the bright light of the screen. I used my hand to cover the glare as I hunched over the keys trying to understand all that I missed out on. What? The Grammy’s were last night! No way!!!

I checked to see who was honored, and I am seriously fucking confused. Sam Smith won record of the year, song of the year, best pop vocal album, and best new artist????!! Is this for real?

Don’t get me wrong – I appreciate Smith’s sincere falsetto as much as the next guy. He has a great voice, and I enjoy his effort to bring back the non-ironic, ironic, man earring. I believe his music brought pleasure to the world, and I would never argue the unique tambour of his tone. BUT… his song, “Stay with Me,” is a blatant rip off of Tom Petty “Won’t Back Down,” – so much so that he is PAYING ROYALTIES TO TOM PETTY and had to CREDIT HIM AS A WRITER OF THE SONG!!!

It is not that I think Smith maliciously stole Petty’s melody. I understand that art is mutable and we are all influenced by each other. There are a variety of explanations of how this could happen, and I have compassion for the experience. But come on. He won over Sia!!!?? It is fine that he sells millions of records, but that doesn’t mean he should win the Grammy.

Of course Tom Petty is such a gentleman about the whole affair:

“About the Sam Smith thing. Let me say I have never had any hard feelings toward Sam. All my years of songwriting have shown me these things can happen. Most times you catch it before it gets out the studio door but in this case it got by. Sam’s people were very understanding of our predicament and we easily came to an agreement. The word lawsuit was never even said and was never my intention. And no more was to be said about it. How it got out to the press is beyond Sam or myself. Sam did the right thing and I have thought no more about this. A musical accident no more no less. In these times we live in this is hardly news. I wish Sam all the best for his ongoing career. Peace and love to all.”

Petty’s maturity and compassion is indicative that there is no reason to chastise Smith, but I find it so depressing that he would still be rewarded for this song. I know white men are allowed to get away with a lot of things… the corporate elite pillaging the planet, the sexual assault cases, the police killings – but this has gone too far. Sia’s Chandelier was the best thing to happen to 2014!!!! It was iconic, beautiful, creative, provocative, interesting, unique, and authentic. She accomplished something in pop music that is so hardly ever done – she was genuinely artistic in her expression. She wasn’t gimmicky or safe. She was daring, and wild.

I know the world is all about money, who makes money, and how much money their money is worth. Yet in the world of creativity and art, isn’t it getting old to be so easily manipulated? Fine, let the ruling class poison us with pesticides in our food, create false scarcity with medicines to drive up prices, and knowingly pollute the planet with poison to harbor profit for the 1% – but can’t we at least have higher expectations with our celebrity worship?! 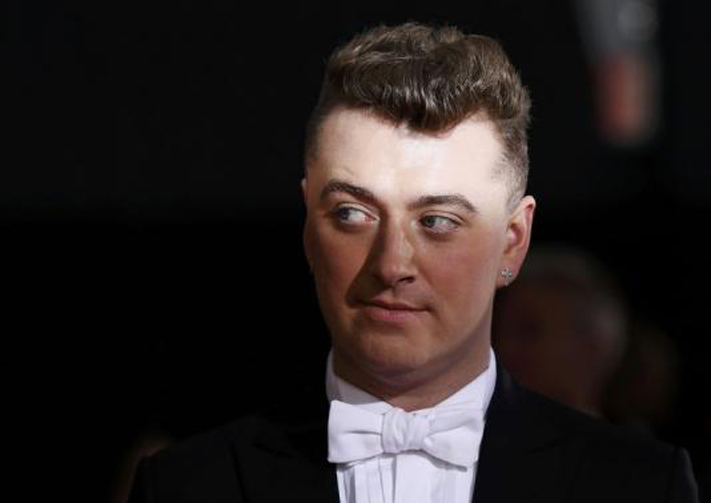 Previous post:
I am totally okay with you growing up Next Post:
Have You Ever Tried That…. ON WEED?