My 5-Year Old Does Not Support the Rockefeller Drug Laws 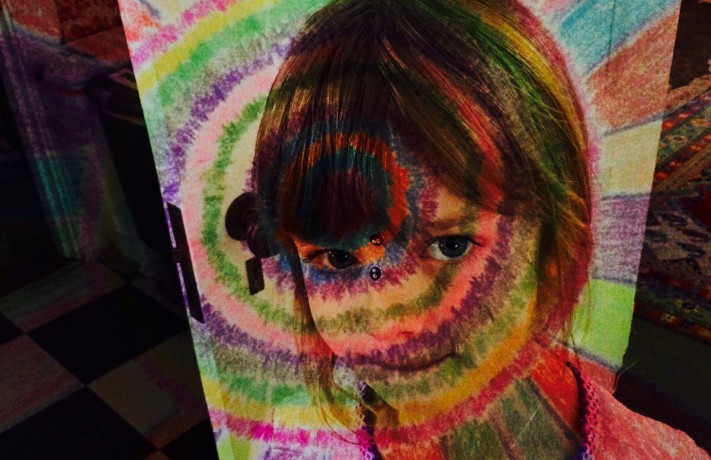 Every parent has a nighttime ritual with their child to put them to bed. Sometimes that includes a bath, a warm glass of milk, and reading a story. Other times putting your child to sleep involves a discussion about the Police state and Rockefeller drug laws – but to each his own.

There is a heroin epidemic where I live in New Hampshire, and it is basically impossible not to know someone who is personally effected by this crisis. The Munch and I were talking about someone we love, and how they are dealing with a family member in jail because of heroine. The Munch had a lot of questions about what all this meant, and the complexity of trying to clarify the details to her made something very clear to me.

The way we treat drug addicts in this country is criminal.

I think the best way to tell if a system is flawed, is if it’s hard to explain it to a child. If you can’t easily articulate an issue, then something is wrong.

When the Munch asks about what laws were, I didn’t find it challenging to express why we needed laws. When she asked me some examples of laws, it was perfectly logical to her why it was illegal to steal, or kill someone. There wasn’t a lot of confusion. But when trying to unpack why drugs were illegal and why people go to prison for drugs – that was actually really hard.

The Munch: What do drugs do to people?
Toni: They make you feel different – inside your body and your mind.
The Munch: What do you mean feel different?
Toni: You know how if you eat a bunch of sugar, and your body feels kind of funny after? Like it’s buzzing?
The Munch: Yeah… and you have all this energy and want to run around?
Toni: Well drugs make you feel different sensations in your body and in your brain.
The Munch: Is sugar a drug?
Toni: Well it affects your brain like drugs, but it’s not considered a drug.
The Munch: Is wine drugs? Like how grow-ups drink wine and stuff?
Toni: Kind of – but wine beer is considered alcohol. Not a drug.
The Munch: Do people go to prison for wine?
Toni: No… only drugs.
The Munch: Why are drugs bad?
Toni: Because you can get addicted to them.
The Munch: Like how you say I can get addicted to sugar, or watching too much “My Little Pony.”
Toni: Yes. Addiction is when you make a decision to do something you know is bad for you, but it’s too hard to make the decision to stay away.
The Munch: And you go to prison because you have addiction and it’s too hard to stay away?
Toni: Sort of. But also when you take drugs, you probably aren’t making the best decisions in general because you’re also on drugs. So you aren’t thinking clearly.
The Munch: But don’t you take drugs when you are sick? Or have surgery? Like how you gave me drugs when I had my eye surgery so the pain would go away?
Toni: Yes. Doctors give drugs when people are in pain, but those drugs don’t put you in jail.
The Munch: What are the drugs that put you in jail?
Toni: Illegal drugs.
The Munch: But do people take illegal drugs because they are in pain?
Toni: Yes. Emotional pain. And sometimes physical pain too.
The Munch: So shouldn’t those people see a doctor for their pain and not go to jail?
Toni: Yes they should.

Since the Rockefeller drug laws were introduced, the prison population in the US has skyrocketed! We now hold the honor of being the number 1 country in the world with the most people incarcerated. Maybe the original intention was to make our neighborhoods safer, but sending millions of non-violent offenders to jail for exorbitant sentences has had a detrimental impact on communities. The Rockefeller drug laws are the most significant legal foundation of the war on drugs over the last 40 years. And despite the draconian mandatory minimums being removed 7 years ago, 48% of the people in our federal prisons are there for non-violent drug related crimes. But what if we started regarding drug abuse as a social issue to contend with and not a criminal one?

These mandatory sentences haven’t addressed why people turn to drugs, but only built the foundation of our current penal system. These drug laws paved the path for the prison industrial complex that we see today – ironically with prisoners as the ones laying the concrete. When prisons become profitable businesses, then filling them up with people is simply free labor for Wall Street.

So I agree with The Munch – maybe we should be sending addicts to hospitals and not prisons.