Maybe You Don’t Have To Be a Selfish Prick? 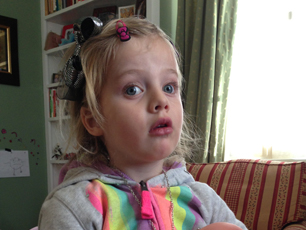 There are a lot of personality qualities that suck, but being selfish is one that bothers me the most.  I really don’t want my kid to be a selfish asshole.  If you are kind and generous you may get taken advantage of at times, and perhaps are more vulnerable to pariah like people, but at least you are not an energetic vampire.

The other day The Munch and I were playing in her room, and I brought up a box of raspberries for us to share.  Now of course raspberries in the winter are a decadent post-modern snack, so it is natural to want to covet them – but the plan was that we would distribute them evenly.  At one point I realized that there were 2 raspberries left, and as The Munch went to the box I asked for one.

Now I have to admit, this was kind of a test.  I didn’t really care if I had one more raspberry; I just wanted to see if Munch would give it to me.  Earlier that week I had been listening to the podcast “This American Life,” and there was an episode about “good guys.”  At one point one of the producers was telling a story about how his son was eating a piece of cake, and when it got to the last bite, the dad asked for it.  And you know what happened? The son gave it to him! I remembered hearing that and thinking, “I don’t think Munch would EVER give me her last bite of cake.”

I was kind of jealous of that dad and his stupid altruistic son, so that was why I asked for one of the two remaining raspberries left.  And do you want to know what The Munch did?  She looked me in the eye, stuffed them both in her mouth, and laughed in my face.

Okay.  So part of me wanted to laugh too.  I personally hate sharing my food, but I still do it all the time! I always have to share with The Munch, and it is not okay that she didn’t share with me.

Toni: Dude, that is really not cool. I would have shared with you and given you one.

Munch: But there was only two left! And you have already eaten so many!

Toni: Still Munch.  We were sharing them, and I would have given it to you if you had asked.

Munch: No you wouldn’t have!

Now I could have let it go after that, but I didn’t want to.  The Munch wasn’t taking me seriously.  She kind of just shrugged it off.

The reason why it bothered me so much is that The Munch is really well taken care of. She is never hungry.  She has plenty of toys.  She gets to wear all the dumb hello kitty dresses and princess outfits she desires.  She is not lacking anything.  There is no reason for her to hoard things.  All I could think about was how I bet a kid who has wayyyy less than her and lives in the sub-Saharan desert would have shared a raspberry with their mom.  Often times it is the people who have the least who are the most giving, and those who have abundance are the greediest.

The Munch kept trying to play but I wouldn’t any more.

Toni: Munch, I am really sad that you didn’t share with me.  So I don’t feel like playing right now.

Again she tried to engage me, or be endearing and asking sweetly to jump on the bed with her.  But I kept telling her I felt too upset to play.  At one point she left the room in a state of frustration, but I stayed where I was.

I decided I didn’t want to tell her how to handle this situation, or give instructions to make it go away.  I wanted her to feel that what she did was fucked up – even if raspberries are goddamn delicious.

Eventually she came back to her room, sat on the bed next to me, and looked up with sincere expression on her face.

Munch: Mamma, I am really sorry I ate the last raspberry and didn’t share.

It was the most genuine apology I have ever heard come out of her mouth – mainly because I didn’t tell her to say it, she chose to.

Toni: Thank you for saying that.  I really appreciate that.  Maybe in the future you can remember this moment, and that it is really important not to be selfish.

Munch: Okay I promise.  Also maybe next time you can get two boxes of raspberries so we can each have one. 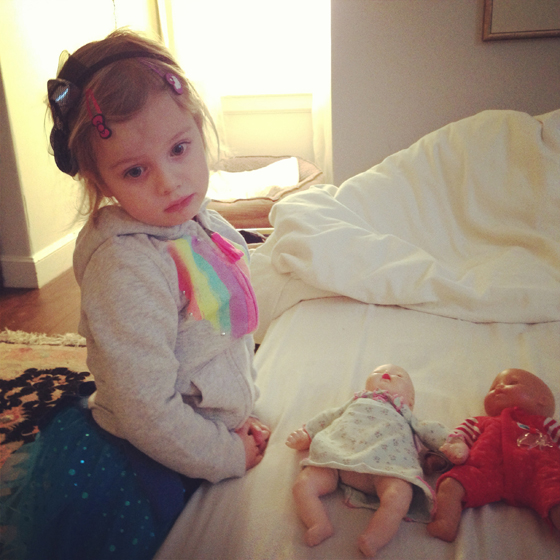