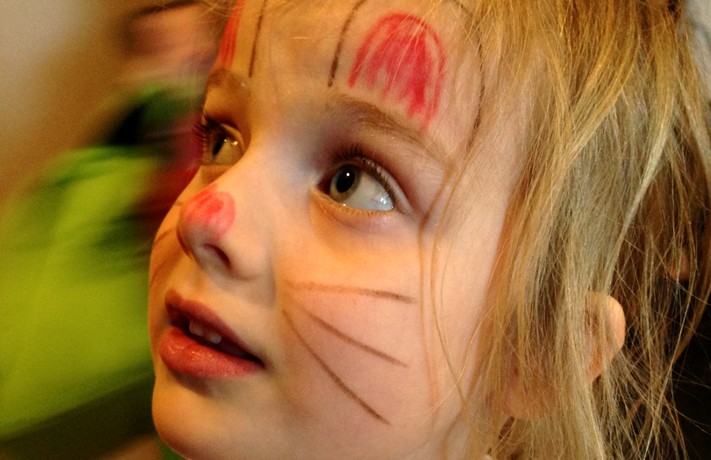 Being a parent has really helped with my acting chops because I have to act “impressed” a lot. You know, so I am encouraging and don’t scar my kid for life by looking at a drawing she made of me and saying, “well, I don’t really have a line for a body, and there is no 3D perception when you make my nose a dot.” I have to pretend like her efforts are good so she will inspired to keep trying – even though you and I both know the sun is more complicated than a yellow circle with some streaks sticking out of it.

The only way to get excellent at anything is through practice, so I have to help foster this process of trial and error. I want The Munch to explore her potential talents because the more confidence you have about skills you excel at, the less drugs you do as a teenager. This is a fact. Much like girls who ride horses are less interested in boys – so you better believe that I am getting a goddamn pony.

Finding passions and hobbies is a really important aspect of personal growth. And, when your kid has school vacation; you need a place to send them so you don’t commit murder suicide. Which is why last week, The Munch went to art camp.

Did I know what art camp was? No, not really? Did I do a lot of research? Not so much. But I did know that her cousin was going, and she would be gone from 9-3 everyday – so that was enough information for me!

At the end of art camp, the students put on a performance – which was maybe 45 minutes longer than it needed to be – but also the sweetest thing ever!!!! Watching these kids was both painfully boring and incredibly endearing. Their effort to remember the song, or the incredibly repetitive dance movies of turning around then jumping up and down, was priceless.

I loved the kids that just HATED being on stage, and would stare out into the audience with their hands on their hips, refusing to participate. Then there was the over enthusiastic ones who were wayyyyyy into it, even though they had no rhythm and continuously bounced their knees off beat.

There is a certain joy of watching your kid on perform because even if they aren’t the best, the fact that they are out there ignites immense pride. You don’t have to be an artistic genius to take creativity seriously, and to observe your kid genuinely trying is insanely cute. We all have an artist inside of us, and the more we get to know them, the happier we will be in the long run.

Not to brag or anything, but The Munch kind of killed it as her very important role of “mouse.” Sure, she did pick her nose at one point and eat it – but she also knew all the moves and has genuine swagger. 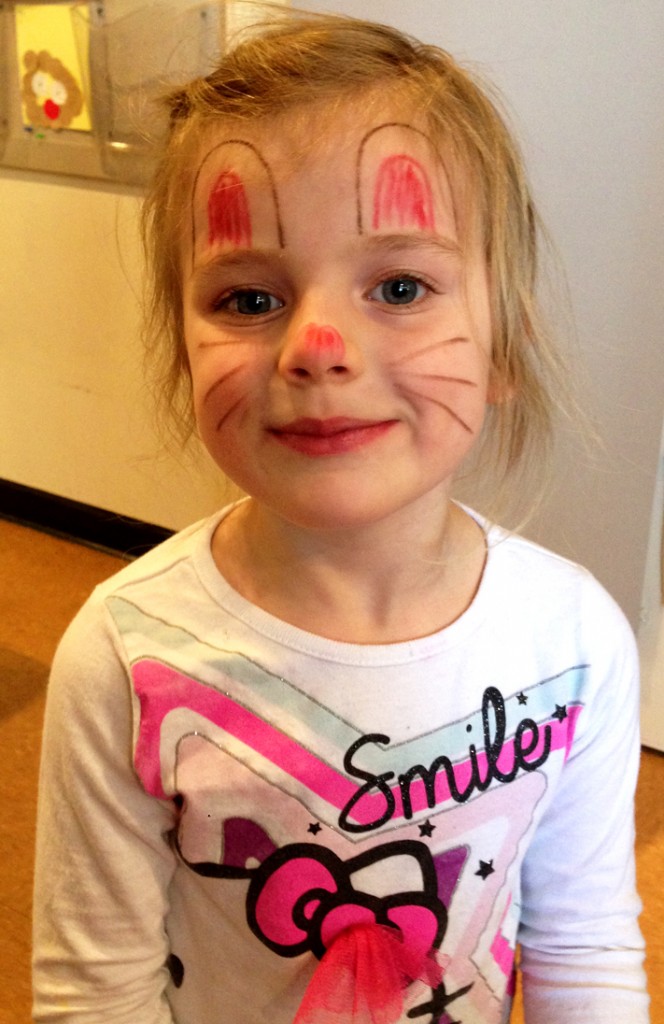