Sometimes Being Eco is Annoying 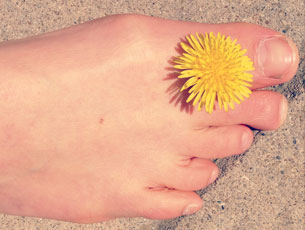 I really don’t want to live in a trashcan of a world, but being eco can be annoying.  To exclusively support organic fair trade local products that you also happened to grow in your back yard, had harvested by virgins, and processed by leprechauns is a fucking challenge.  The other day I thought I would buy some organic cotton t-shirts for The Munch, and one shirt was $40?! When I saw the price I threw up in my hand and then had to eat it because my dinner was from the organic store and my tofu kale wheat-free sandwich was not cheap.

I know the responsibility is on me to be the change I want to see in the world, but I already changed my underwear today -isn’t that enough?  It is a lot of pressure for me to always make the right decision when there is so much crappy crap out there that is way crappy, but easier to get.  My main question is, why is there so much temptation to poison ourselves with toxic shit?  We have so much access to such a vast variety of products, but the majority of them are actually semi dangerous.  Major corporations are exposing us to some sort of poison, subjecting employees to horrific working conditions, and sometimes secretly feeding people rats they think is lamb.

So there is plenty of incentive to be conscious consumer.  In fact I consider myself to be a PROsumer with all the positive shit I buy.  Get it? PROsumer rather than CONsumer? Am I lyrical genius or what?  But sometimes I want to be just like ahhh fuck it! I mean I got The Munch this hippy sunscreen because I read that sunscreen, although may protect you from getting skin cancer from the sun, actually just gives you another kind of cancer.  So I slapped the eco stuff on her, and it worked in the sense that she didn’t get burned, but it wouldn’t absorb into her skin.  She was walking around looking like Casper the Ghost the entire day.  I mean that is fine for a kid and all, but there is no way as a self-respecting woman, I can go out in public like a member of the Adams Family.

Of course when we are talking about green products, food is the one I am most committed to.  But sometimes I get sick of being healthy.  Over the summer I am part of CSA (community supported agriculture) and get all my organic vegetables delivered to me.  They are grown in the most fertile soil and picked by a bearded farming angel.  Yet by time September rolls around all I want is to eat cheeseburgers and doughnuts.  I get so sick of vegetables I want to throw them against the wall, and then waterboard them.

I know I should probably find a balance and feel peace knowing I am doing what I can and all that…. But what the fuck world?  Why can’t eco shit just be the only shit we can buy so I wouldn’t have to compare it to the other shit?

(Here I am…. saving a spider and bringing her outside so I don’t murder her…. because I am environmentally responsible!) 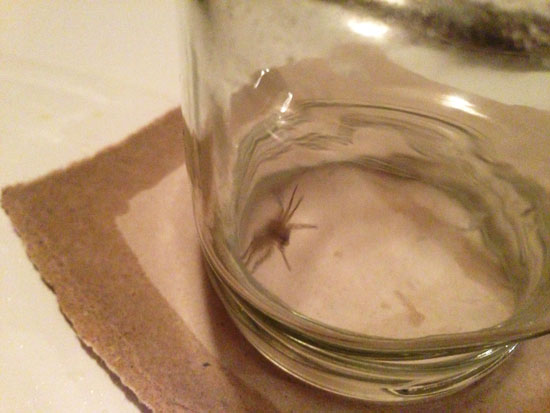