So This is What Trust Is 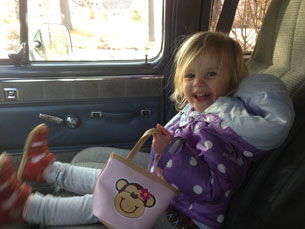 The Munch having pink eye was not only a revolting mess for me, but I also sometimes care about her too – and it looked pretty darn uncomfortable.  Plus it wasn’t healing, so after about 4 days of “Old Indian Bark” (not a joke… and that not being a joke makes it even more disturbing than if it were a joke) I decided to try the white man’s medicine.

The first attempt of getting the medicine in her eye was truly traumatizing.  I had this goo I was supposed to line in the inside of her eyeball twice a day. That means pulling down the bottom lid, looking deep into that red cavernous veiny grossness, and then squeezing gunk into it.  All while her eye was open.  Three of us had to hold her down and she was so upset by it, she immediately wept out all the medicine.  So that was an epic fail and I was pretty sure that unless I had sedatives (I mean, ones that I was willing to share) I had to come up with a new strategy.

That night I did something so brave, so reckless, it is hard to believe I am still here to tell you about it.  Before I begin, I have to let you in on one fact.  The Munch is still on the boob.  I know… that is fucking nuts.  She will be 3 in July, and I can’t tell you how over it I am.  It is the one thing we get into serious fights over.  I never knew my boobs were in such high demand.  Just kidding, I have dated a man before.  I only do it once a day to get her to nap, but please Gaia let this be over soon.  I will sacrifice my first born if you do.  Seriously, I totally will.

So I had this idea that if I let her do “nana” (as she likes to call it) while I put the medicine in, then maybe she wouldn’t struggle the same and I could actually get it in her eye.  Of course this was a fucking ludicrous idea.  What sane person would put their boob in such a vulnerable position, as in – someone’s mouth where it could get chomped off -while you were administering medicine in their sensitive eye?  Especially if said person is an irrational toddler who is intensely afraid of this process.

But I figured it was about trust.  If I showed The Munch I trusted her, then she in turn could trust me.  I mean even though no one likes to have their eye peeled open and have crap squirted into it, unless you are into that sort of thing- no judgment here- this process wasn’t going to hurt her if she just relaxed.

And you know what? It totally worked! She did not bite my nipple off, and now her eye is better.  So I highly suggest next time you are trying to get someone to trust you who is having a hard time and battling their fear, let them cup your balls or vagina.  Trust me.  It will work. 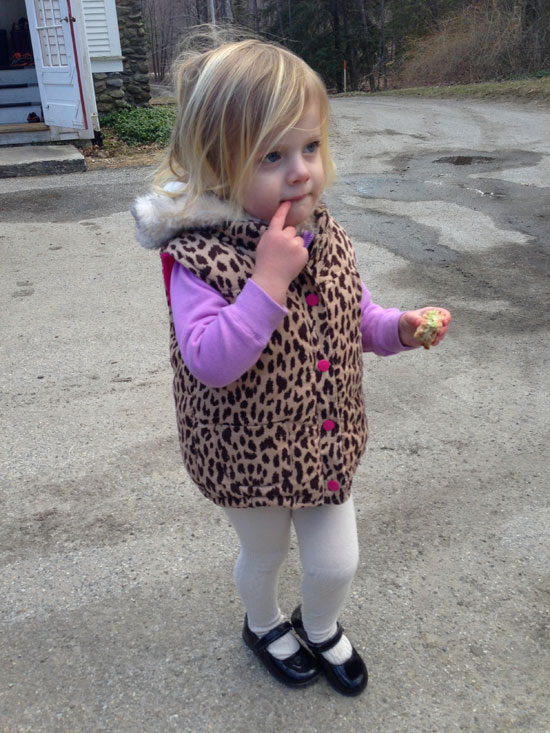