Rape Me At Your Own Risk 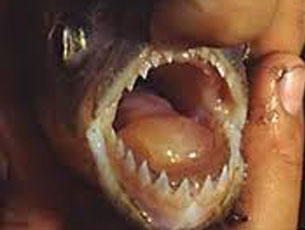 “The Rape-aXe is a latex sheath embedded with shafts of sharp, inward-facing barbs that would be worn by a woman in her vagina like a female condom. If an attacker were to attempt vaginal rape, his penis would enter the latex sheath and be snagged by the barbs, causing the attacker excruciating pain during withdrawal and giving the victim time to escape. The condom would remain attached to the attacker’s body when he withdrew and could only be removed surgically,[4] which would alert hospital staff and police. Like most condoms, Rape-aXe also usually prevents pregnancy and the transmission of HIV and sexually transmitted Infections.” – Wikipedia

The device was invented in South Africa where the amount of attacks on women has become endemic.  Okay, so before we discuss whether or not it is a good idea to insert a piranha in your pussy, maybe we should take a moment to reflect on a world where such a contraption is thought necessary.  Where a woman can’t leave the house without fear.  Where such heinous deeds of brutality are enacted so often if becomes commonplace.  Where going outside means you expect to get raped.

And what makes rape so appealing?  Is it the act of dominance: of physically, mentally, spiritually, and sexually overpowering another? Maybe rape is more rampant in cultures where the people are oppressed.  For example, perhaps many of the rape cases in prison have less to do with homosexuality or even sexual deprivation.  Maybe it is because as an inmate you exist in such extreme subordination, that subordinating another is the only way to feel powerful.  That and jail is also filled with fucked up people, but you get where I am going with this right?  I am not saying I know a lot about South Africa, but I do know enough to infer that the people there have dealt with intense subjugation.  That maybe these men are acting out so aggressively because of the greater system that is indoctrinating them.

So to me the greater issue isn’t just the rapes that are taking place, but why men rape at all.  The rape-aXe isn’t addressing the systemic problem, but it is tackling the current catastrophe.  Millions of women suffer from violent and forced sex, and if there is something proactive they can do to protect themselves, then I support that.  I don’t think that these penis-eating devices are being marketed on a mass scale, but more in targeted areas where perhaps enough of a reputation of its existence will deter men from risking the tip of their dick.

But the deeper meaning to me is the tragic reality that women ultimately feel vulnerable in a world surrounded by potential predators.  That being a woman alone puts you in danger.  That women have fears no man has to deal with.  That despite the  many strengths of females, most of us can’t protect ourselves from an attack that aims to defile our souls.  So maybe we all better take some self-defense courses and learn how to poke people’s eyes out, but in the meantime why not shove a trap up your snatch. 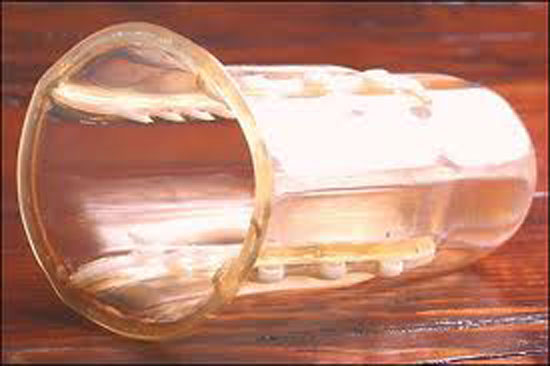 Previous post:
You Better Be Looking Hot, Baby Next Post:
Do You Have What It Takes To Be a Hero?