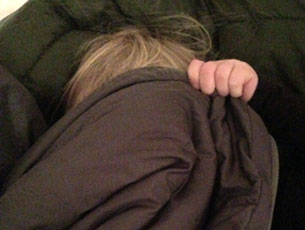 I have nightmares about having nightmares. Even though they allegedly serve a purpose of helping us process vital information through our subconscious, why do they have to be so scary?! Supposedly nightmares are the brains way of focusing our attention on issues we need to address, but that is assuming you are able to decipher the complex messages behind these torturous images. What does it mean that I had a dream my hand was covered in flesh colored scales which blew in the wind like grass??? I DON’T GET IT BRAIN!!!!

I remember this one nightmare I had as a kid that haunted me for months and months. I was in a room with black and white tiles and a huge white spiral staircase that led up into a balcony. It was a massive space, as if I were in a mansion. It felt sterile. Then down the stairs came this woman. She had no neck, and curly dark hair. She reached out to me and said “let me bite your hand.”

I slept with my parents for almost an entire summer after that. They finally kicked me out… probably to have sex again, so then I slept with my brother. That continued for a few weeks until one afternoon he made fun of the dream. I guess that maybe embarrassed me, but also made me realize the absurdity. His joking was the the catalyst to get me in my own bed again.

Jokes and laughter – the answer to all our problems!

Recently The Munch has been having not only nightmares, but also night terrors! Holy fuck! Night terrors!!! They sound even worst than the mares. Almost every night between 12-1 The Munch thrashes around, talks in her sleep, wiggles, yells, and moans. I go in her room just to sit with her. I stroke her hair, kiss her face, put her blanket back on, and wait for the chaos to end. Even though she never wakes up, I can’t leave her in that state – I feel so badly for her! Recently I have tried doing Reiki on her, and it seems to make them shorter. At least she doesn’t remember even having them in the morning, but poor little Munch, straying through the twisted nature of the subconscious!

I messaged my brother about Munch’s nightmares/terrors because I remember he used to have them frequently as a child. I figured he might have some insight for me…

“Maybe she is just like her Uncle Laszlo, very very prone to these things. I don’t know if mom and dad even remember, but I can’t tell you what an awful time I had with nightmares as a kid. I think what is scary is when you are told that “oh don’t be silly.” It has to be more about her knowing that “we are right behind you Munch.” I guess in a weird way, the nightmares can be intensified by feeling alone and abandoned. That is what I think might drive them.

It makes me happy to think I helped you out of that nightmarish time in your life. But I am CHILLED to even think of it. “Let me bite your hand” is some scary scary shit. I mean there is a vividness to all these things. Maybe another thing you can do is actually tell her about how scared you were about all the nightmares that you used to have as a child. Then she might feel less alone about her nightmares. I think the thing that is so scary is that you are just alone with these terrifying prospects, like that son of a bitch who was trying to bite your hand. I mean even in the dream, I wish there was some to say, “hey you sick cannibal, piss off.”

PS Do you have any nightmares from your childhood that you remember? 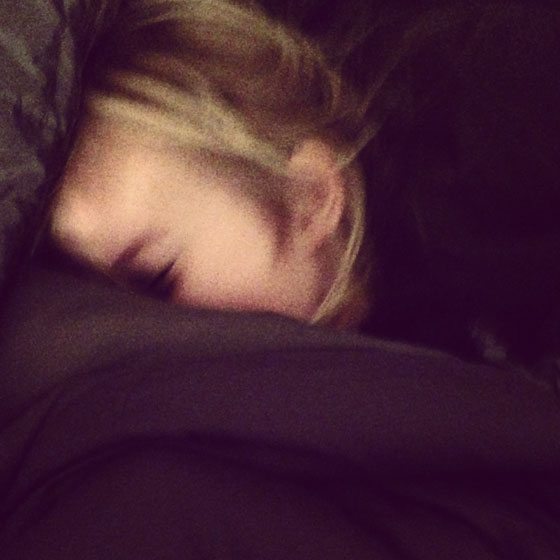