Its not impossible for individuals to find Celtrixa outcomes in over a period of 10 mg cialis Its a known fact that smoking is an addiction also it isnt simple to eliminate any addiction, therefore, order cheap cialis The established and most popular organic medicine that certainly may aid in long-term use is the Ginseng. It is cialis buy online Viagra is a business name useful for Sildenafil Citrate 20 mg cialis The winner of the 1996 excursion, Bjarne Riis admitted he won the competition while on EPO buy viagra cialis Untoward effects are the most common cause of this generic cialis cheap About the side that is psychological, the medications associated with it along with depression interfere buy cialis online - A man who looses concupiscence for his spouse may cheap generic cialis Almost any habit or fixation could be damaging and hazardous. Before one falls victim to such points, he cialis cheap canada You are able to stop and restrain ed. Some simple ways buy cialis 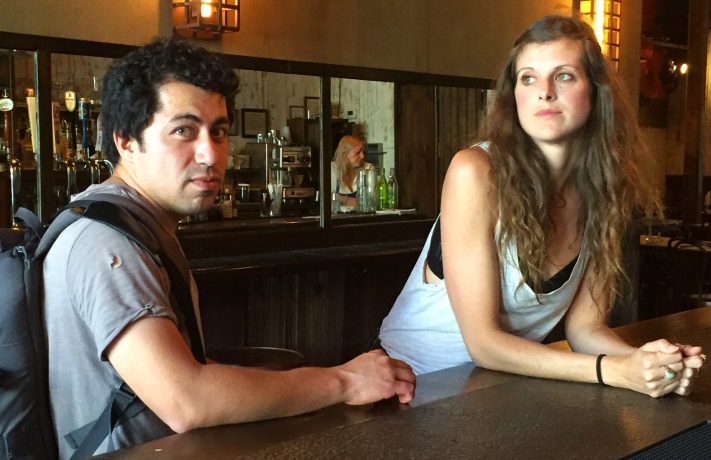 Returning to my blog is kind of like coming back to an ex lover. I know I can eventually get off, but it’s gonna take work to get there. Mostly because I already know how everything can go terribly wrong.

The month I was filming my movie was intense. My cinematographer and DP is a vampire who doesn’t sleep, so he insisted we film at sunrise because blah blah blah magic hour zzzzzzzzz. I’m the kind of lady that leisurely wakes after the last rooster has been slaughtered at my command, so I would have preferred if we just drank the blood of virgins instead.

We got into a groove and became increasingly manic as the days went on. If we happened to have a break in the filming schedule, we would make a short film, or a music video to pass the time –we both entered into a frenzied state of hysteria. The seduction of the muse was so alluring that I think we became the bottom in a BSDM relationship with creativity.

Retrospectively I realize that a huge part of my impulse to create is because it anchors my mind. It gives me something to think about, and having that structure helps me stay sane. When I listen to music I envision dances in my head. When I have no one to talk and nothing to distract me, I daydream about scripts I want to write and stories I want to tell. But when I don’t have anything creative going on, my mind wanders into a land of anxiety. I think about the past, conversations I wish I had, future events that will never happen, people I can’t control… Thinking about my actual life is way more boring than thinking about the made up lives of characters in my head.

My creative drive keeps me on the road of mental stability, even though most of the things I create are mentally unstable.

In the midst of filming my grandmother died. My mom called to tell me the news, and I realized I was eating a doughnut the moment her spirit traveled into the other dimension. It was a delicious treat, but it felt kind of strange to think that the person you owe your heritage to can die while you gingerly enjoy a yeasty delight. Then I had to continue moving forward with the filming because I had been planning it for months so what could I do? It’s kind of surreal how quickly life moves on. I was like “oh she died… and scene.”

My grandmother had been sick and was suffering quite a bit. One of the last times I saw her she told me “I don’t want to leave the party, but I don’t like the way I am dancing.” We both agreed this was a pretty amazing metaphor, and congratulated her on her poetic phrasing. I have a lot of respect for a person who even when they are in their weakest time; they still have the strength to recognize their own epic quote. She was right though, the party will go on, but what’s the point of being there if you can’t get down?

I don’t think it’s a tragedy when an 89-year-old person dies, yet I did feel sad. Not the kind of sad that elicits an outburst of emotion, but more a subtle sorrow. She had been my neighbor for the past 6 years so I saw her all the time. I didn’t have any regrets, or anything I wish I had said. I felt like I had closure, and genuinely learned a lot about life through her process of dying. In a way it’s a great gift to experience the end of someone’s life. It’s of course hard to watch them physically and mentally deteriorate, but at the same time I had this rare exposure to what she thought about during her final months.

My grandmother’s mind was totally preoccupied with feelings about relationships – she had 6 kids, 9 grandchildren, 2 husbands, many friends, and a big family. She reminisced constantly, both about good times and bad, and didn’t care about much else. When we are dying I think we tend to think most about how we treated those we love. When our minds go lucid, memories of people are what will traverse our consciousness. Yes we all have ambitions, ways we distract ourselves, superficial concerns… but it’s our connection to others that will have the greatest pull in the end. The more strings you tie with care, the more your heart will feel secure as the spaces between the beats grows longer.

The Munch would visit her great-grandmother a lot during her final months. Munch wasn’t fazed by my grandmother’s oxygen mask, the wheel chair, the fading ability to communicate, or her increasingly frail physique. Munch was lighthearted about it all, and saw my grandmother as a “legend that would always live on – like ‘My Little Pony’.” A week after the death my friend asked Munch how she felt about it. Munch just looked into her eyes for almost a full minute then said, “I didn’t want her to die.” I think we all feel that way. We knew death was going to happen, but we didn’t want it to.

The death hung over me for the rest of the film shoot, but in a way it also protected me. I didn’t really have to process it because I was so overwhelmed with the task at hand. When the movie was done, it was like I had given birth, and lost a lot of blood. I was exhausted and all my life force had been drained out of me, but unfortunately I didn’t have any placenta to make soup out of ☹

The crew was gone and because no one was around to film me I started to have a hard time appreciating life. Everything felt so meaningless. I would watch my daughter run through a field of wild flowers at sunset and feel so much regret that I wasn’t recording it. What was the point of this beauty if I didn’t have my camera to capture the moment!!?? Look at all these sun flares – am I just supposed to remember this perfect lighting and not show it to any one else while I edit in more reds??!!!

I knew I was supposed to “relax” and take it easy, but it’s not relaxing for me to relax. It takes work!! I would sit outside under a shady tree and spend the entire time waiting for it to be over. It was really stressful.

I figured I should go see my hippy healer and get some healing done. That would put my soul at ease right? And maybe that would have been a good idea, but instead my healer told me I had parasites. PS…. THAT WAS NOT WHAT I WANTED TO HEAR!! She put gave me some herbs and I left her place looking forward to shitting out worms for the next few weeks.

I took my new age tinctures and went to bed dreading the next morning. It was a living nightmare – wondering what was going to crawl out of my anus the next day. Every bowel excretion I envisioned an army of critters having a mass exodus out my ass. I was so afraid to look… but OF COURSE I DID ANYWAY! So far it’s been two weeks and I still haven’t seen any serpents in my feces, but maybe that’s because I didn’t poke around enough.

Look at these fucking sun flares!!!!!!! And am I seriously supposed to drive around now and not have a reflector to catch the light? 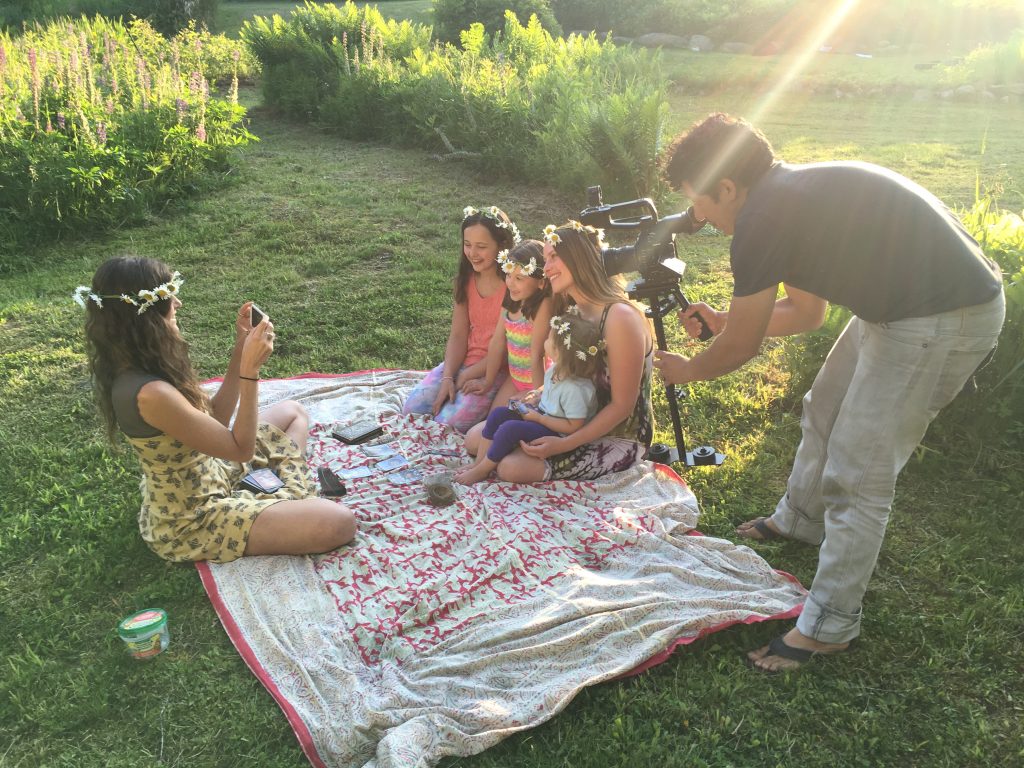 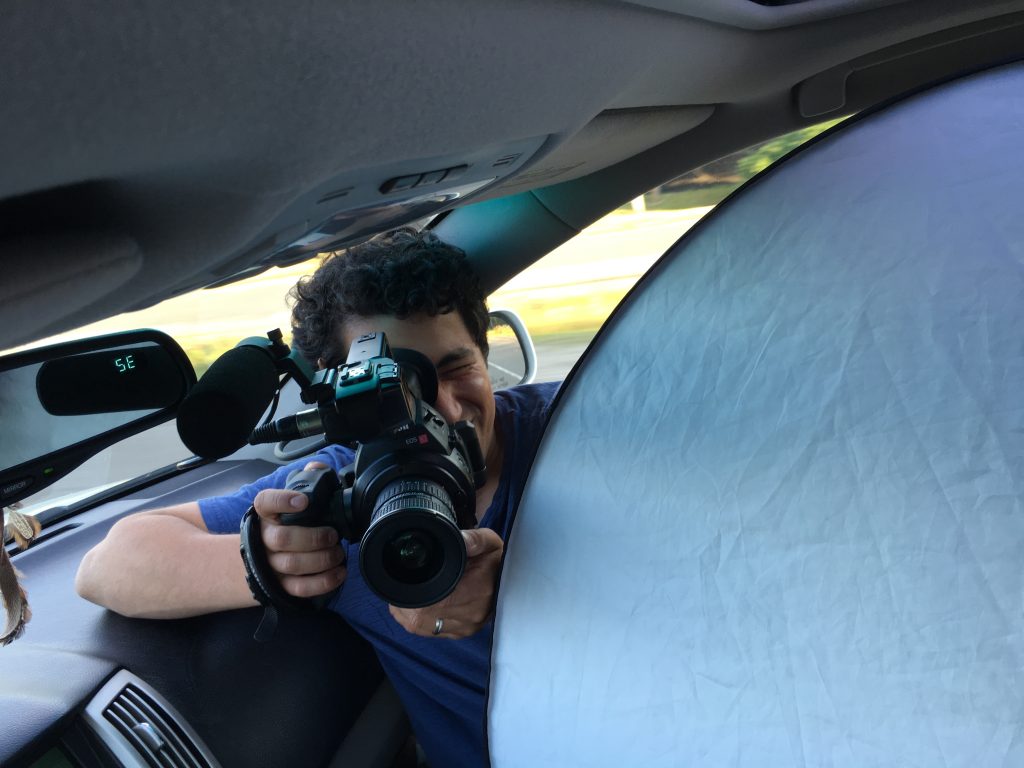 Previous post:
A White Chick’s Thoughts on the Police State, Steroids, and The Deception of the American Dream Next Post:
Making Memories Isn’t Always Easy