How Protective is Over-Protective? 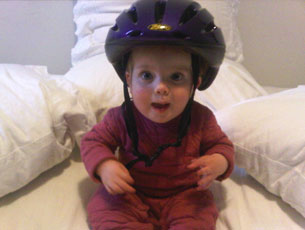 Before having a baby, I used to get viscerally annoyed at parents who would say the classic “Careful…Careful… Timmy, get down from there right now or you are going to fall!” Or “Don’t do that Chip it’s dangerous. Get that out of your nose this instant.” I couldn’t understand why they didn’t just let the kid be a kid. Kids hurt themselves. Big deal right?

You see my contempt was because I saw concern as over-protective. For all I cared, someone else’s kids could play paddy-cake with bear cubs if their parents would keep their mouths shut and not tell them to “Watch out for the mama bear.” Not because I wanted them to get injured, but I hated hearing the caution. In my childless world-view, I thought the priority was the experience of life, and if you get hurt then so be it… just a part of the learning process. They were not my kids. I wasn’t going to have to deal with the repercussions. I was just going to keep living my life.

But now I get it.

You don’t want your kid to get hurt, because it is you who is going to be affected by the consequences. Of course there is the altruistic part of any parent that loves their child and does not want to see them suffer… but there is also another side. A side that says “OMG, I seriously do now want to deal with my kid’s broken arm, and getting string cheese lodged in his cast to rot for the next 6 weeks.”

Part of me still believes that kids have to hurt themselves, and it is a small price to pay for an adventurous childhood… but that same part of me now sees this as a theory, like communism, or the Gluten Free/Sugar Free diet. A good idea, but who wants to live that way.

In a way, when I think back to my own childhood, I have to say, either my mom transcended this afore mentioned selfish propensity, or she is just pleasantly out of it. Here are just a few examples of “safety” according to my mom…

Example 1: (Actual Quote) “I don’t know that much about car seats Toni… you just sat in my lap in the front seat while I nursed you.”

Example 2: (Actual Quote) “In those days we didn’t know smoking a pack a day of Marlborough Red’s while pregnant was bad for you…”

Example 3 (Actual Quote) “Why don’t you and you and your brother hop in the back of the pick up truck.”

Example 2 (Actual Quote) “Toni, driving your children around is a republican thing to do. Why don’t you just bike there? It is only 20 miles that way. You just take a left, a right, a right, a left, a left, and then a right. You will find it. If you get lost, just ask a stranger.”

(Can’t be too safe in the bath) 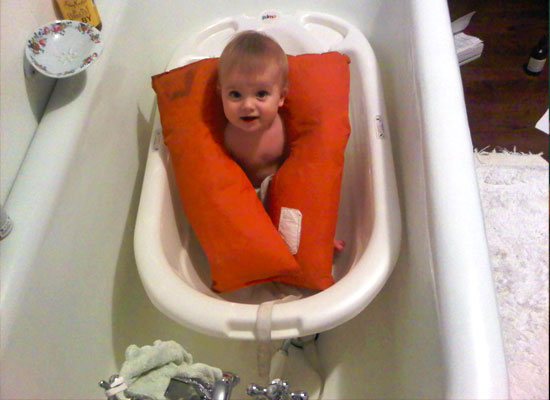 (Watch out for those pillows!) 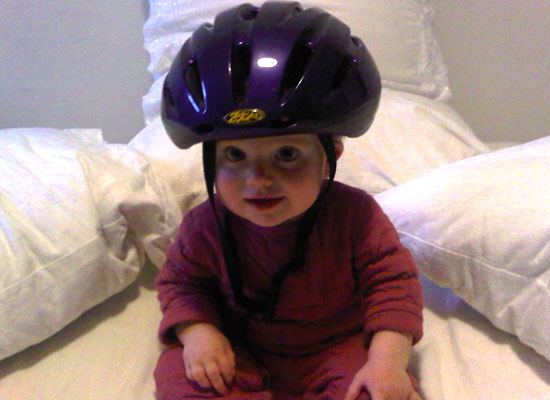