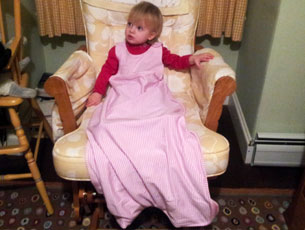 They say that “necessity is the mother of invention,” but they don’t say something else that matters just as much: if you look online you will probably find out that someone has already thought of it. Have you ever come up with an idea you are convinced is so brilliant, and will make you millions, only to find out it already exists? At first you want to curse the Universe for its personal spite towards you, then slap your computer across the screen for the audacity of suggesting that maybe you aren’t as innovative as you thought. But then you realize you probably wouldn’t have gotten around to manifesting your vision anyway, and feel relieved that you can buy it with a couple clicks and typing in your address. Ahhhhh… the convenience of the modern world where all you have to do is imagine, and then Google search for someone else who has done all the work.

I had one of these moments the other day when I realized that The Munch has a serious aversion to blankets. I don’t know what it is? Maybe she was attacked by a blanket in a past life, or she thinks they make her hips look wide, but every time I try and put one on her she kicks it off in protest. But it is winter and I don’t want her to get cold, so I feel the pressure to turn up the heat, but then I think of all the wasted fossil fuels and the destruction of the rainforest, so I turn it back down, but then I feel her nose and it is like a little frozen strawberry, so I turn it back up, but then I think of my heating bill, so I turn it back down, and then I realize it is morning and I haven’t slept.

And then an epiphany came to me.

I started creating a mock design for a little baby sleeping bag where her arms could be free, but she would still be covered and toasty warm. I knew I was onto something of epic genius, but then I realized that my sewing machine was in the back of the closet, I didn’t really have the right fabric, I had no idea how to sew a zipper, and I wanted to check my Facebook.

After a status update and a few tears from looking at too many pictures of people’s vacations, I looked online and sure enough I found that baby sleeping bags already exist! So I got The Munch the best baby sleeping bag on the market (organic of course and woven by woodland nymphs from another dimension of eco-friendliness).

Thanks Merino Kids for creating something I thought of, but making it way better then I ever could!

I am jealous Munch! Maybe tomorrow night you can sleep outside! 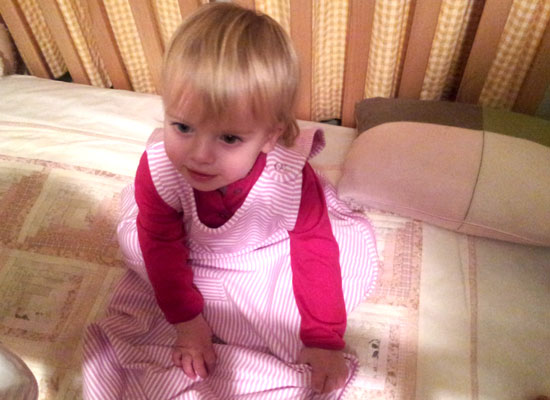