Why Is “Mom” the Answer to Everything? 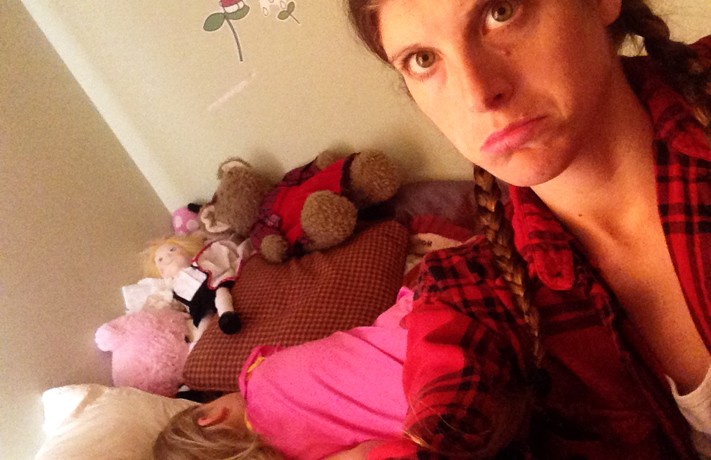 I think we all have this visceral connection to the idea that “mom” emotionally translates to safety. When I was young and sick, it was my mom who I felt I could trust most to know what to do. Which was pretty much the right idea since her cure to all ailments was to mix together a drink of lemon, honey, warm water, and whisky. Not sure if those concoctions actually helped me heal, but they did facilitate a damn good time.

When we are at our most vulnerable, especially when young, one true relief is being with mom. But what is it about “the mom” that is most soothing? Is it because we once lived inside her as an actual physical home while feeding from her blood like a parasite? Does the inadvertent nurturing dependency of pregnancy impact an assumption that mom = support? But what about adopted children? I am sure they still want to snuggle with their mom even if they didn’t spurt out her birth canyon. Is it a female thing that bitches are inherently more comforting and shit? But what about children of gay couples? Which mom is the sick mom? Or which dad becomes the sick dad? Is one person always burdened with being the sick parent? Why did it have to be me?

The Munch came home from school yesterday with a fever, and has literally been on top of me ever since. I mean I know I am delightful and all, but this primal urge for her to be near me is intense. She slept on me all afternoon – pinning me down so I felt like a guy after a one-night stand that wants to chew his own arm off just to free himself from the embrace of a girl he is just not that into. If I tried to maneuver myself away, Munch just held on tighter around me neck – IN HER SLEEP LIKE A BOSS!

Then of course last night she didn’t want to sleep by herself. She kept waking up with these intense hallucinations like she was at a Grateful Dead Show – her heart beating as fast as tripping hippy. So I brought her into my bed hoping we could both get some rest. My logic was that if she was alone and scared she would wake up more than if she was next to me. I also wanted to keep an eye on her in case things got really bad throughout the night. What I wasn’t prepared for was the fever induced nightmares that would ensue. It was like trying to sleep in an insane asylum. Every 20 minutes she would yell in her sleep. Some of my favorite utterings she bellowed into the darkness were “Don’t peel my skin off! I want to eat it later,” as well as “Those bushes are evil and the sugar will destroy you,” and then “I don’t want to go to school, the monsters keep taking our blankets and using them for polenta.” I was fucking terrified.

At one point Munch woke up for some water, which she proceeded to drink too fast, and then vomited all over my bed. As exciting as that was to have this exorcist moment, it was also pretty gross to sleep in bile. So we went back into her room, where I slept on the floor in case she puked again. Then came the deliriums, which caused not only intense thrashing, but for Munch to wake up yelling in my face blowing barf-breath directly into my nose – all the while still sort of sleeping and sweating like a coke head in the early morning hours.

Today wasn’t any better. A kid with a fever is a lot like being around a detoxing junkie. There is a lot of crying, flailing, fitful napping, and relentlessly asking for more medicine. There wasn’t any liberation from her unyielding need for me to hold her through this process, which was as flattering as it was oppressive. It is nice that she feels so consoled by me, but I haven’t seen the light of day in 24 hours. Has WW3 started yet? What is going on out there?

Hopefully despite all this direct contact I won’t catch whatever she had, but if I do get her germs Munch promised we would take care of each other. Meaning I would still do everything for her, but she would let me have some of her orange juice and some of her medicine that takes like candy. 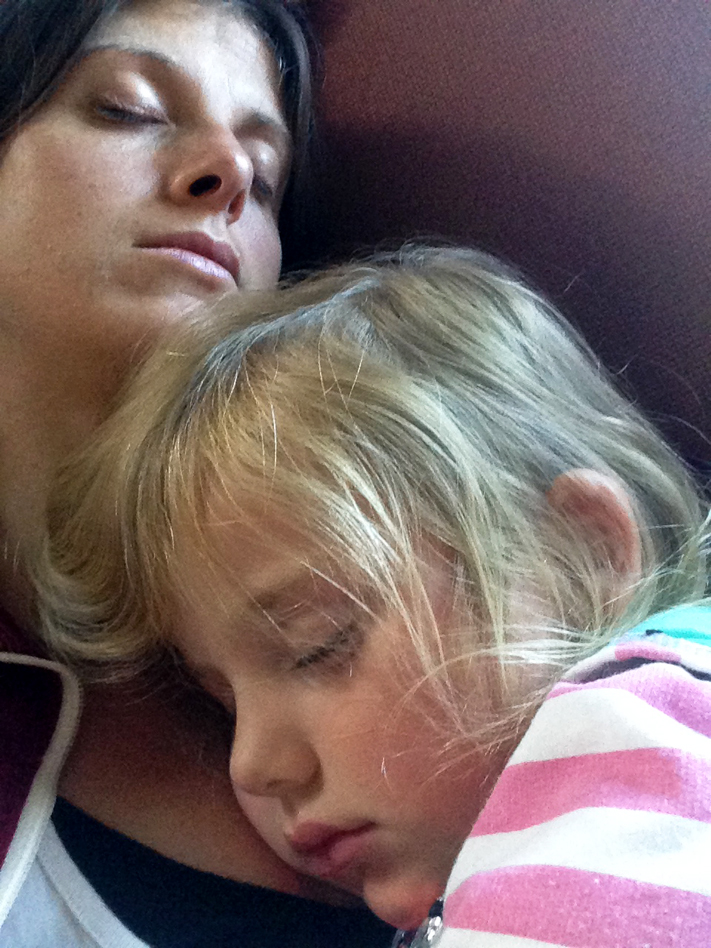