Why Do People Smoke Weed? 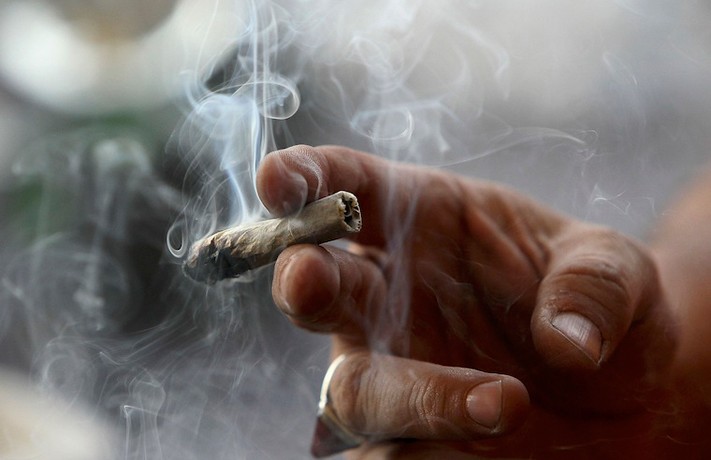 I used to smoke a lot of pot. When I think about how much money I spent on 1/8ths of weed, I could have easily bought a car. Not like a lotus or anything, but definitely a 2003 Toyota Camry. When I lived in New York City I would call a delivery service that would come to my house – always 2 hours late. The coke guy was there in 15 minutes and sweating profusely, but the marijuana guy would most likely get around to coming between 2-7. This could have been considered annoying if I wasn’t already on the couch playing video games, or watching documentaries about animals communicating telepathically.

I would then pick out a type of weed from a variety of strands. They had absurd names like “sticky laughy taffy,” “total chronic meltdown” or “paranoid punk rock absolute ganja package.” As far as I knew they were all the same shit, but having the choice made me feel a connoisseur. Ahhh yes sir, I will take the “fuck my mind and erase my face,” today. I would then smell it like a fine wine, and give the nod that I was pleased with my informed decision. “I think this will go great with the cheese sandwich I will be eating in 40 minutes.”

My boyfriend and I would always befriend our weed delivery guys, not out of obligation, but more because we never left our apartment. We were pretty much starving for human contact. We would often offer the guy a bong hit, which he rarely refused. We would get high, laugh for a bit, but then feel increasingly uncomfortable as we thought too much about how everything is actually nothing. There would be a silence that lasted either 3 minutes or 2 hours (it was hard to tell) – yet would eventually get interrupted by the sound of the weed guy’s pager. He would slowly gather his things while mumbling about how he has to hurry to get to the next client, but we all know his real agenda was to get a slice of pizza and stare at a wall.

Our next plan of action was to deal with the relentless munchies that were upon us. Of course there was the option to go outside and get food, but the thought of interacting with the reality we just smoked away was way too much pressure. I would call the bodega that was ½ a block away, and the lady who owned “Sunny and Annie’s” would always recognize my voice. Every time she answered my “hello” with “yes 190 East 7th street apartment 701 – what kind of cereal you want?”

I smoked consistently for a decade of my life and never really questioned “why?” Part of my rational was that it helped me sleep at night. I had been an insomniac since childhood, and the weed did assist me in passing the fuck out in front of the TV. Yet that wasn’t the sole reason. Of course weed can be fun, provide an interesting perspective, and provoke insight… but it can also make you lethargic, suspicious, and introverted. There was something profound that I was holding onto beyond “self-medicating” but I wasn’t exactly sure what it was. The classic analysis was that I was running from something, or trying to avoid dealing with existence, but it felt deeper than that. It was giving me something that I needed, even though it was also taking away things I required.

I stopped smoking pot 6 years ago. I had been trying to quit for 2 years prior (because of my brain tumor), but couldn’t fully commit to abstaining. Then there was one fateful day when I was forced to realize that I had indeed smoked enough. I was at my friend’s house, and she offered me a bong hit. It had been quite some time since I had one of those, yet I went for it anyway because that is how I role. About five minutes later, I was lying on her floor having a full-fledged anxiety attack. I had no idea who I was, or what being “Toni” even meant. I couldn’t remember how to think, what thinking even was, or how on earth I had ever been comfortable thinking at all. I was losing it and started to shake uncontrollably because I was so cold.

My friend brought me to her bedroom and had my lie down in there. Partly because she was concerned, and partly because she wanted to watch a movie and my moaning was too distracting. I kept shaking and complaining about being freezing. She put two more blankets on me including a heated electric one. I finally relaxed and fell asleep.

I woke up about an hour later and had some harsh realizations. I had to say to myself “Okay Toni… it is 3:00 in the afternoon and 75 degrees out – but you are under 7 comforters and had to be put to bed like a baby because you got too high.” My friend gave me some apple crisp (which was the best thing I ever tasted) and I decided that maybe it was time to finally call it quits.

I can’t say I haven’t missed it. I have. But I have been too afraid to smoke because I really didn’t want to bug the fuck out. Yet when I was dealing with all my back pain, a kind friend gave me a weed tincture to deal with the suffering. I was super nervous about giving it a try, but also desperate for some relief. None of my hippy doctors had prescription capabilities to give me the high-grade narcotics I was begging for. I took a tiny sip of the tincture and waited. Was I going to see Jesus? Was I going to lose my mind? I crossed my fingers and hoped for the best.

Because I took such a micro dose, I didn’t get high… but I did have an epiphany about why people (me) smoke pot. Weed is a plant. It has a personality. An essence. Maybe even a soul. Wait… stay with me now. When you smoke her, it is like inviting someone into your brain to keep you company. She is someone to have a conversation with inside your consciousness. Weed becomes a friend within your own mind who averts you from being alone with your thoughts. She is the antidote for the feeling of solitude that we are born alone and we die alone. She is there with you.

Maybe you are thinking, “it sounds like you actually did get high as fuck Toni” but whatever. Anyway, I have to run and eat some ice cream on toast. 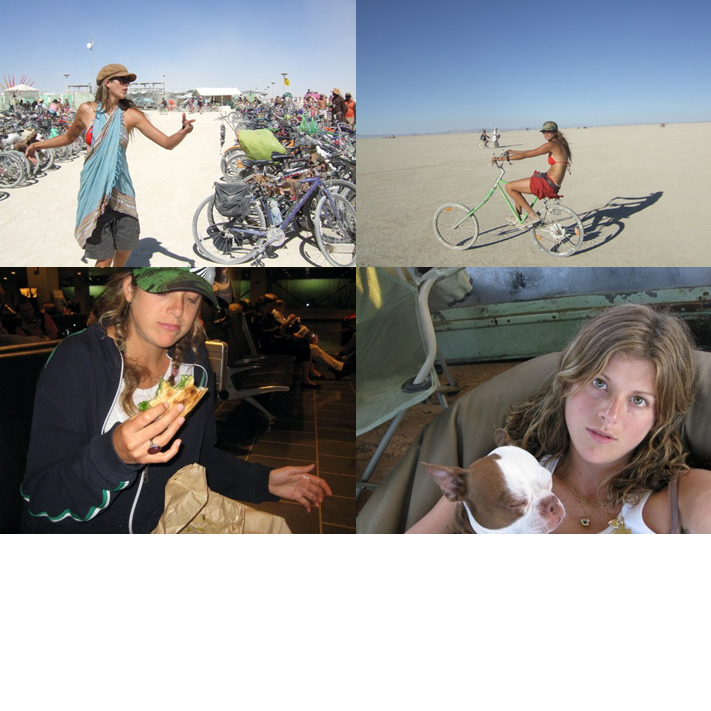