Why Do I Let People Draw On Me? 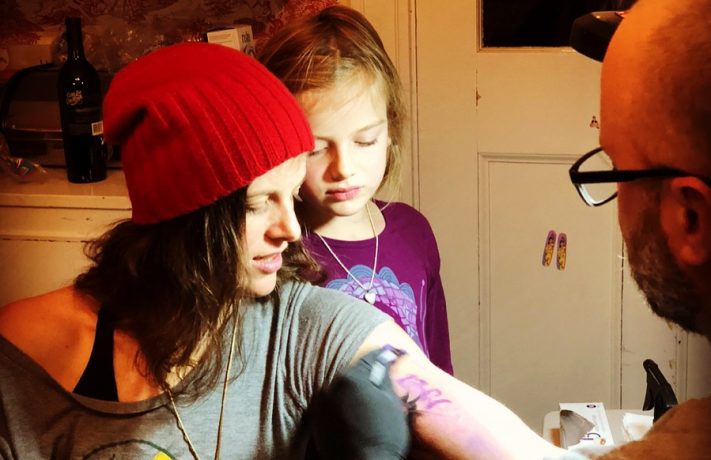 Hi! I had my birthday last week! Did you remember? Did you send me a loving Facebook message that read HBD? Did I get a text from you with ample emoji? Or were you too wrapped up thinking about yourself and not celebrating that glorious day when my mother ever so delicately pressed me out from her puss?

My birthday is December 29, which is not the best date for a birthday if you’re hoping for a lot of undivided attention. There is just a lot going on with family, Christmas, New Years, and the whole world coming to an end thing. People are busy.

This year I had very little vision about how to best commemorate me. I usually prefer to hike a mountain so I can proudly stand at the top and yell, “Hey world, Ummmm what’s up? I kinda hope this year is better than last year or whatever? Thanks!” It’s a moment where I show a lot of personal strength and conviction.

Sadly for me, New England is currently experiencing the effects of climate change. I now live in the depths of the Tundra where we endure days on end of negative temperatures, warming ourselves in vats of animal fat cuddled next to a burning fire made from random, flammable, household objects in the living room. Wait a minute…. Maybe Trump is right after all? It’s colder than ever, so “global warming” is OBVIOULY a myth! PHEW!! Pass me the fossil fuels to mainline! Mama’s getting high tonight!

Because of this pesky weather we’re having where my friend got frost-bite sledding down a hill too fast, I decided that maybe I should get a tattoo on my birthday instead of braving the potential of gangrene. This tattoo idea was extra seductive because much like I have a family healer, tarot reader, and acupuncturist – I also have a family tattoo artist that will ink me up in my kitchen. Truly, the only way to get a tattoo is in your own home where you can relax, put your feet up, and smoke weed. Whoops I’m sorry. I meant, eat weed. Then smoke some later. Tattoos hurt.

This whole event got me thinking about why I get tattoos in the first place. Not everybody wants drawings drawn on their body. My mom tries to make me promise with each one that it will be my last, but her and I both know that’s ridiculous – especially when my next tattoo is going to be her face on my chest. ARE YOU HAPPY NOW MOM?!!!!

For me tattoos aren’t just about the image I’m printing on my skin, but more the emotional imprint made while marking that period in my life. Each tattoo is a stamp of a memory, a version of the Toni I was when I got it. When I stare at the pictures that have been pierced into me over the years, I am then transported back to that time. Who I was in that moment, what was going on with me, what I cared about, what I was working towards – the actual sensation of being Toni back then compared to the Toni I am now. These designs are a portal to my past. They provide significant access to those memories because I can tap into the feelings I felt as another human etched into my membranes with a needle. The right of passage the pain provided is a unique opportunity to time travel through my skin’s excursions.

So let’s go on the voyage of my personality through the stories of my tattoos!

Here I am getting my 38th year tattoo… and obvi being a role model for The Munch. If you’re wondering what I got, it’s the constellation “cancer” and a moon for my moon child – the light of my life, and the person who makes me make her sandwiches. 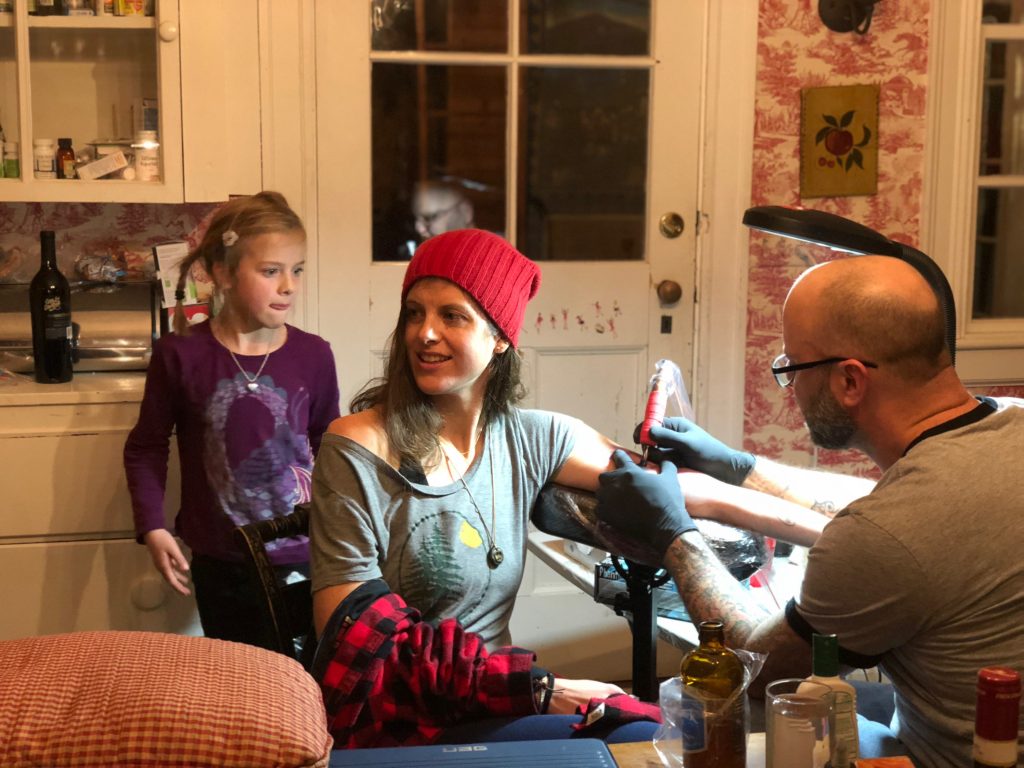 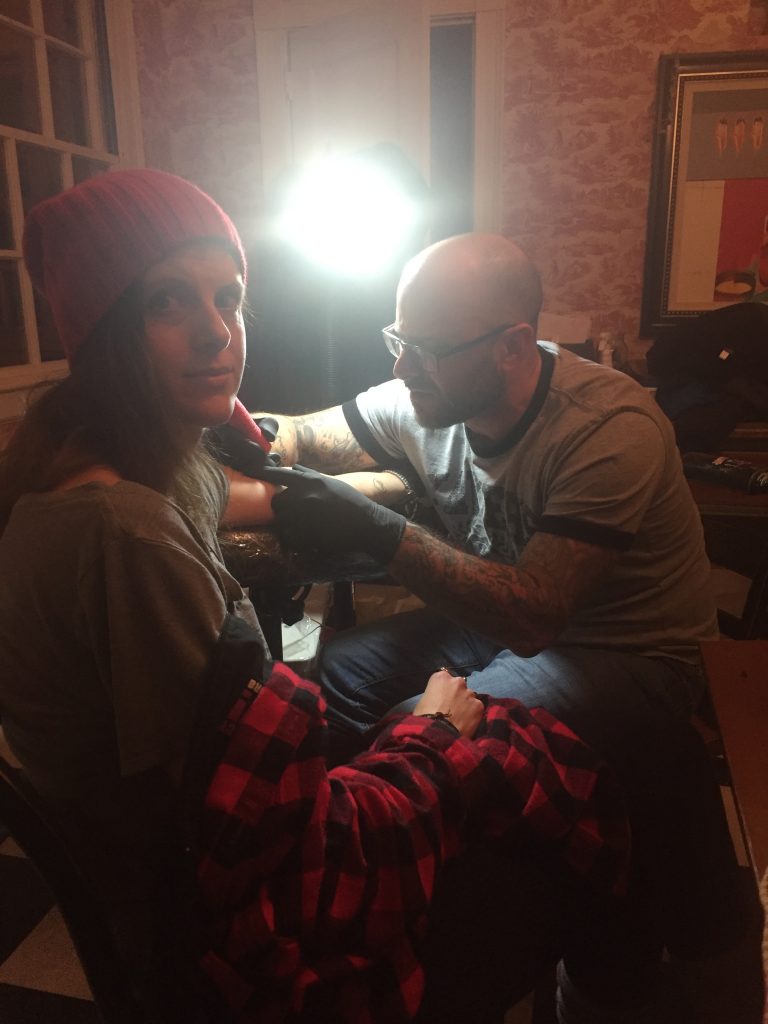