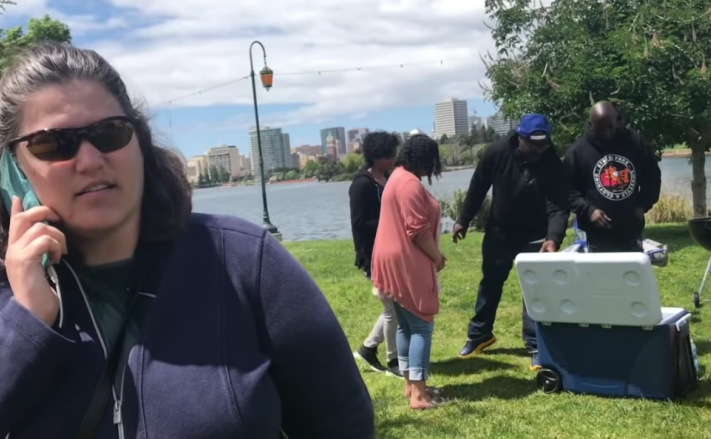 Ummmm, yeah, so as a white woman I’d like to put all call out there to other white women to maybe stop being so wack? I feel like you’re really diluting the brand and kind of ruining it for the rest of us. First, white women vote Donny Trumpy into office. Then, white women vote for molesty Roy, almost electing that handsy pervert who targeted underage girls. And NOW they keep calling the cops on black people that have the audacity to do things like: take a nap at Yale, walk with their baby in a stroller while peacefully appreciating the day, or (…gasp…) have a BBQ at the park!

Not only are women voting monsters into office, but they’re openly acting out racist paranoia and infringing on the lives of citizens by TRAUMATIZING THEM with unnecessary police visits. These fearful calls are indicative of a pandemic in this culture that is in no way new and has been festering beneath the surface of the media for a long time. Much like with police brutality none of its news to the black community that’s been living these nightmares. Yet right now because of social media there is a highlighter on these incidents of whites feeling emboldened to exploit their lack of fear of the police (because of white privilege) and inflict the police on the population that legitimately is least trusting of the cops. Does this mean that white women are more racist than ever because they’re engaging in this behavior? Nope. Just as racist as always, we’re just hearing about it more because it’s a news trend.

I want to understand why this is happening and better deconstruct the double helix of women who support the patriarchy as well as racist ideology. I try to avoid pointing fingers because there’s so much else we ladies can do with our fingers, am I right? Yet as much as I want to be an empathetic human, I’m struggling with my own judgements of these white women. The archetypal woman that is diving into the depths of her racism is also often deeply connected to a more conservative, patriarchal, and right-wing political background. Not that there isn’t plenty of a racist under-current with left-wing yuppy burners that have already planned the perfect outfit for “the playa.” Racism exists on the left as well as the right, but it’s a different flavor than the “calling cops on daddies pushing strollers” variety.

Left wing racism has its own insidious impact and shows up in white feminism, socially responsible investing, and all sorts of activist endeavors. It’s the kind of racism that seeps slowly from underneath the floor boards, like a Colonial Ghost in a haunted house. Right wing racism is a little more out in the open and feels deeply entwined with women that have internalized misogyny, and direct it at themselves and other women.

So, what’s up with these women calling cops on black people and voting monsters into office?? What are they thinking and why? I’ve come up with a few theories to try and deconstruct the motivations of these women of the alt-right. The women who vote for men that openly oppress and sexually assault their gender, and who’s racism fuels their alliance.

Previous post:
Pulsing Ego Walks Through Fire and Falls into Darkness and Depression Next Post:
Attracting the Law of Attraction