What’s That Smell? Oh, Its You 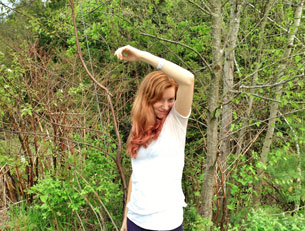 I am going to tell you something about me.  I am relatively indifferent when it comes to taking showers and wearing deodorant.  I mean, of course I get in the shower – it’s just not this crazy priority of mine. I do it when it’s convenient.  Like twice a week.  And I have nothing against deodorant.  It’s not like it once beat up my mother or stole money from me.  I just don’t think about it.  Kind of like that time I punched your mom in the face and that $100 I owe you.

I also move my body around quite a bit – dancing, practicing yoga, running away from The Munch.  So it is safe to say that it is common I have a slight funk.  As a consequence most people who are close to me, are familiar with my stench.  I wouldn’t say it was vomitus, but it has a distinct musk to it.

So my friend Gita is visiting and was coming to dance class with me.  She asked to borrow a shirt and I gave her one I assumed was clean because it was on my clean laundry pile.  I knew I had worn it over the weekend, but I was Monday… so it had to be clean right?

We were sitting in the car driving to dance class and Gita looked uncomfortable.  She kept making weird faces, looking around confused, and opening the window.

Gita: “I kept smelling something.  And wondering what it was.  Because it was so unmistakably the smell of your armpits – yet it seemed impossible that I could smell you all the way from here.”

Toni: “Hey! I took a shower yesterday! And put on deodorant!”

I guess it wasn’t a clean shirt after all. Then all during dance class Gita kept saying how the stench of Toni wafted into her face every time she lifted her arms.

Gita: “I feel the need to announce to the class that that smell is coming from me, but it isn’t me.  It is actually the scent of Toni that has been imprinted on to this shirt.” 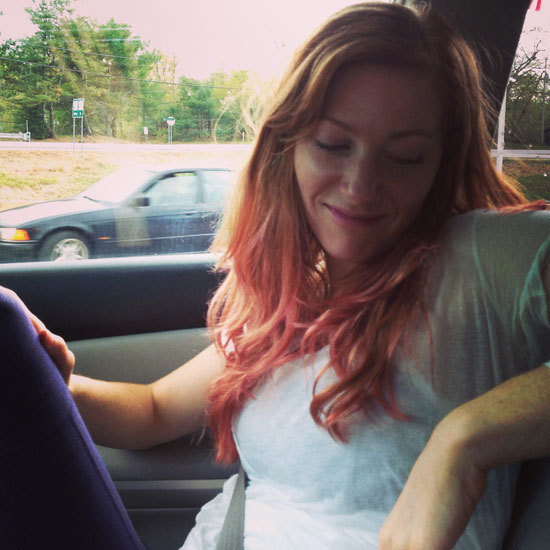