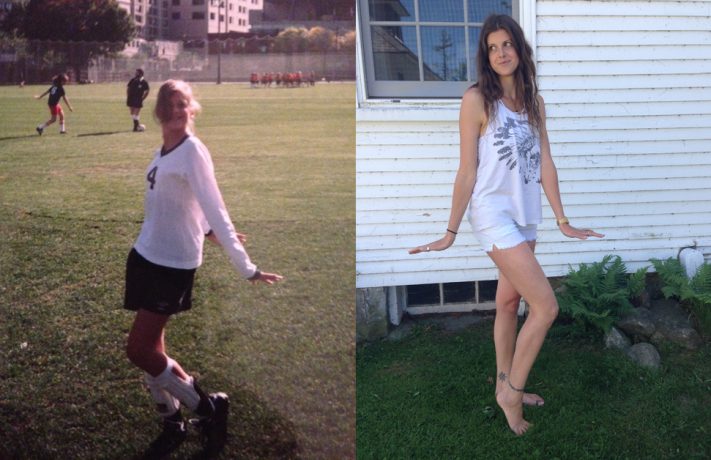 I have a very mutable personality. It’s like my identity waxes and wanes depending on my audience. I can be the serious intellectual type, the conspiracy theorist nut job, the hard working artist, the responsible business owner, the esoteric psychic explorer, or that chick that makes a lot of pussy jokes. I wake up every morning wondering, “who the fuck am I going to be today?”

I believe in flexible identities, and think we all should try on a variety of masks daily. The more open minded we can be for ourselves, that will translate into how we feel about others. Ultimately life is all about acceptance, so why not practice accepting every single facet of who you are?

Maybe that sounds nutty to you, but if you think about it on a macro and micro level, everyone would benefit if we accepted each other fully. Families would get along better, marriages would last longer, and maybe there would be less mass murder… I mean religious war.

I recognize that I may approach the world in a way not everyone can relate to – BUT YOU CAN BLAME MY PARENTS FOR THAT OKAY!? The way I was raised was much different than today’s standards where a kid has to be monitored while farting because god forbid their flatulence has too much velocity and they are blown out into the highway by their anal airstream. When I was 6- years old my family moved into a Harvard dormitory because my parents were the “house masters,” and that was pretty much the end of my being parented. My mom and dad were like “You’re grown right? Well we’re going to be busy running shit so good luck to you! The oven is over there.”

Having a lot of independence at such a young age meant that I had to learn how to navigate the social stratosphere of Harvard college life. A lot of the kids missed their family, and I figured out how to fit in as de-facto kid sister. I would hang out in the girl’s rooms and keep them company while they stressed out over their love lives or getting an A-. (The kiss of death at Harvard). I would go through their stuff, find their diaphragms, and try to blow them up like balloons. I would eat dinner with the football team and tell them shit jokes to make them laugh. My childhood may have been unconventional, but it did teach me what beer tasted like at 11.

Trying to understand social nuances at such a young age shaped me deeply. I realized that different people bring out different parts of myself, and part of the fun of being around a variety of humans is exploring the variety within me. I like losing myself in people, and allowing my identity to meld into their perception of me. When I’m with someone, I unconsciously figure out who they want me to be, and then become that part of myself. I am not committed to a one size fits all version of myself, because like wine, I am an acquired taste. Not everybody likes what I am throwing down, and there are going to be a LOT of moments where I should self-censor so as to not alienate myself… yet making people uncomfortable is also thrilling – so fuck it.

As a grown up, I am constantly expected to conform to social norms of acceptable and responsible conduct. I know some people thrive under the pressure of adulthood, and enjoy the convention laid out before them. You know these types right? They don’t have any interest in pushing boundaries, or testing the waters of inflammatory behavior. They take life and themselves very seriously. I respect these archetypes because they are crucial to society functioning properly, yet like a teen girl, I want to rebel completely from those expectations.

And that’s it you guys… My spirit will forever be a teen girl!

We all have an age of our spirit – don’t you feel that? Some people are 3-years old forever, and others are 67. It just is!

Because I am perpetually 16, my favorite people to be around are those that bring out my psyche’s true essence. At my dance studio I teach teen girls hip hop. Spending my afternoons twerking with them, talking about boys, and then more twerking is seriously the highlight of my day. The energy, enthusiasm, and sass of a bunch of teen girls is probably the most powerful force on the planet. If we could figure out how to channel that shit, it would solve the world’s energy crisis.

I also have friends who bring out my inner teen. When we get together a manic giddiness takes over, and all we want to do is cause trouble. I love when I get into this headspace with someone because there is a specific intimacy that happens when you both are on the same page of “if it’s inappropriate, let’s do it.” I was just on vacation with my one friend, and got my period early. You’re welcome. We were at the beach and wanted to go swimming, but I hadn’t used a tampon in over 15 years.

My friend: That’s so crazy to me that you don’t use tampons – you’re so vagina centric.
Toni: I just don’t like plugging up my poon.
My friend: Understandable.
Toni: I seriously don’t know if I can do this.
My friend: I’ll come with you in the bathroom and talk you through it.

So there were, in a public bathroom stall, my friend looking at me like this was the most normal thing in the world.

Toni: So I just shove it in there?
My friend: More like press.
Toni: Uhhhh okay… like this??
My friend: GO SLOWER!!!

Who the hell needs a tampon coach but a teen girl!!!???

I get that it’s not legal or logical for everyone to hang out with teen girls for inspiration, but I highly suggest you finding your own inner teen girl. I’m talking about that part of you that doesn’t give a fuck about the future because you just KNOW everything is going to be amazing. That piece of you that is willing and unashamed to talk about everything and anything – whispering long into the night about nothing. The side of you that is bold and courageous because no one has told you to be otherwise. It is in there… I know it… and she will surprise you in the best way if you get in touch with her – BUT ONLY IF SHE IS 18!

Then of course there is the depressed, moody, self-conscious, PMSy side of the teen girl that may not be as fun, but she also needs to be unleashed out into the world to show people what’s up.

I don’t know what the hell is going on in this picture… but I do know that it’s so right. 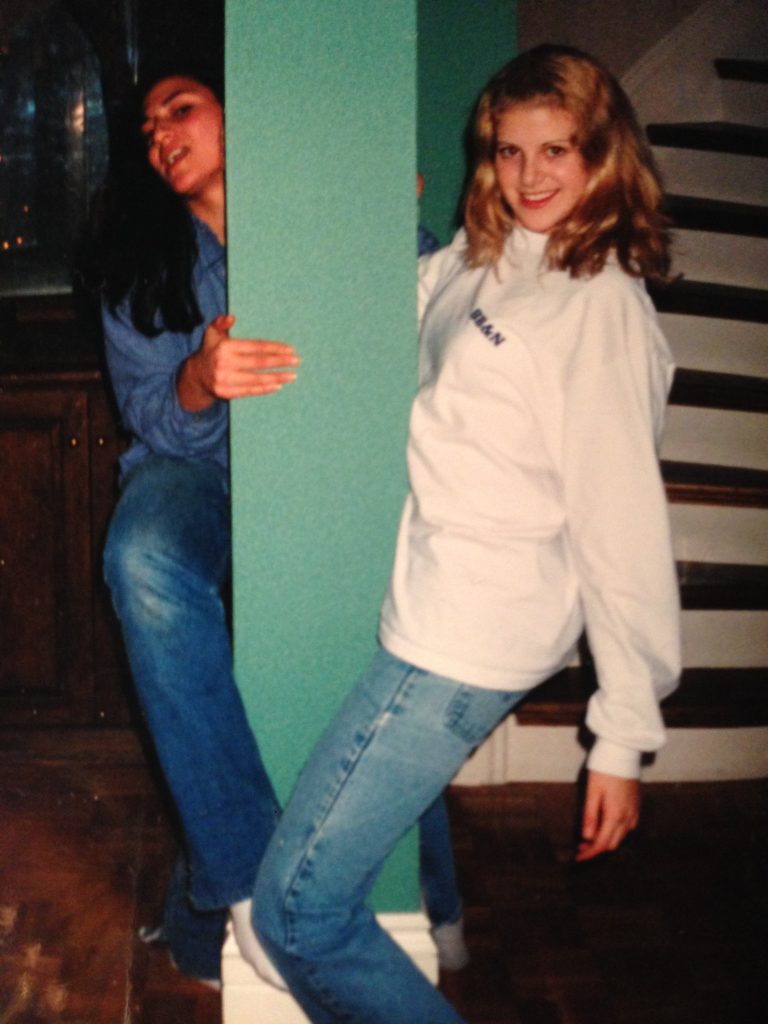