The Universe Hates Me 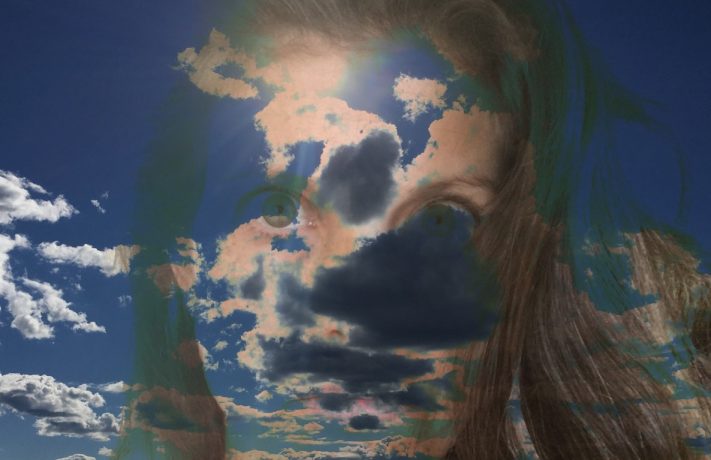 “At first I was like, sooooo not sure if I should take a job as a Barista when looking at the sign that read, ‘Barista’s wanted.’ But then I was like, wait, that sign is totally a sign from the universe!”
–Girl in Front of Me While In Line For A Smoothie.

Have you ever heard a girl talking about signs from the universe and think that it’s a sign from the universe? Do you find yourself desperately seeking guidance from some unknown force, pushing you towards making the decision if Pat is “the one” even though Pat doesn’t give oral with vigor? Are you currently wondering if you should move, and then notice a robin outside your window and think, “wow, in 8th grade I had a friend named Robin whose family moved because her house got infested by termites – so yeah, I absolutely should move and start eating wood.”

I like to think the universe is talking to me. It’s comforting. The thought of a conducting cosmos makes me feel like all the dumb decisions I’ve made are sensible. Like that time I went out dancing and staggered out of the club super drunk without my shoes on, took a picture with a cop, peed publically, then jumped into a passing convertible with my friend because we had no shoes on and couldn’t walk home – that would be crazy. Our feet would get dirty. So we got a ride home from a strange man, and as I was thanking him for not raping us, I drunkenly fell out of his car almost smashing my nose on the pavement when I saw a penny on the street – heads up mind you. IT WAS A SIGN that I was lucky!

I do this constantly. I want to believe that there is an energy, or higher power, directing me through life. Despite my quasi-agnostic worldview, it is that draw that makes me understand the appeal of religion.

Even though I was raised catholic, I’ve never believed in an organized religious system. As a very young child I questioned what I was being told at church, and struggled with “belief.” My dad was a professor and scholar of Greek Mythology, so I had always been interested in those stories because of him. Because of my personal exposure to the gods of ancient Greece, I didn’t think it was fair that the Catholic Church called their beliefs true, but the Greek religion of the past was considered, and universally accepted, as “myth.” I guess I was a very egalitarian 8-year old?

I was also terrified of the concept of eternity. I didn’t want to be in heaven or hell for the REST OF TIME! That terrified me. I thought I would get bored in either place. The idea of forever kept me up at night – hence my childhood insomnia.

Yet my grandmother, who I spent a lot of time with growing up, was very religious. She would say things like, “pray for me that I will die soon so I can be with Jesus.” Okay… but do you mind if I do that after the weekend? I kind of need you until my parents pick me up on Sunday. I’m six.

My grandmother would take my brother and me to Church not only on Sundays, but also Saturdays. Which for a kid in the 80’s who really liked cartoons, was a real kick in the pants. But I loved my grandmother deeply, even though her idea of a good time was watching the movie Jesus of Nazareth. If you’ve never seen that gem of a film, not only is there plenty of Jesus-torturing happening, but also a scene where King Herod kills all the baby boys within a 100 mile radius in an attempt to stop the coming messiah. Believe you me, there is nothing like a good baby-killing scene to make a kid cry.

So my childhood was fraught with a lot of church going, praying, and trying to reconcile the image of infants being mass-murdered. My parents also dutifully brought me to Church to appease my grandmother, and it wasn’t until I was 13 when I realized that my dad was only bringing me because he wanted to make his mother happy. It was then we agreed I was old enough to not only make my own choices regarding my spiritual beliefs, but also to start lying to my Grandmother that I still went to church.

Even though I never found myself believing in the bible, I am grateful for my time at church because it was a space where I had to just sit there and think about mortality and the concept of God. I believe it was in the church that I created a relationship to my idea of God, which admittedly is much more abstract than a dude who has a son that wears a Coachella styled head band of thorns, which, although trendy, is just not that practical. Yet I realize that my obsession with “the universe” protecting me is much like the personification of God.

Thinking the universe gives a shit about me maybe is totally absurd? Plus now we supposedly live in a multiverse so which universe am I even talking about?

However the alternative – to think that no universe cares if I get a book deal or not – sounds super depressing! I enjoy the idea that the universe has a path for me, and I just have to see the signs to know if I’m on the right one. I want to think that noticing a cardinal in a tree wink at me is as a sign from the universe telling me that one day the Farrelly brothers will make my script into a movie. AND DON’T YOU DARE TELL ME IT’S NOT!

Yet…. My belief system is getting slightly challenged right now. Mainly because there have been A LOT OF BAD SIGNS!

For one, the other day a nest of birds that had been in my chimney must have come apart, and 3 baby birds fell down the shaft and into my fireplace. (Hehe shaft.) Anyway, I called animal rescue thinking that they would come and save these birds… or I don’t know… give a shit at all. They told me to put the birds in a basket and bring them back up to the roof. However, my roof is at an angle of 80 degrees, and without rock climbing equipment, it’s impossible to get up there. So I called back.

I put them outside and prayed for their mom to come. I tried to keep them covered from the rain. I went to work to teach my dance classes and when I came back they were all dead.

Last night I went up to my room to sleep, and as customary before I get into bed, I first did a meditation in my meditation corner. The lights in my room were off because I was trying to calm my brain and prepare my body for sleep. After all, I still am an insomniac thinking about forever of course. When my alarm went off I opened my eyes from the meditation, and picked up my phone to shut off the timer. During that process, I saw something. Right in front of my mediation pillow was a dead chipmunk that my cat had brought in – without a head.

I wanted to scream, but I am a grown-up, so instead I squealed in horror. I went downstairs to get a broom and a dustpan, and tried to pull myself together. I couldn’t understand why this was happening to me. What was the universe trying to tell me?!

I said to myself while drudgingly walking back up the stairs to my room, “Well, at least I didn’t step on the dead chipmunk. That would have been horrible. I can at least have gratitude for not stepping on it. Maybe that is the lesson of the universe? That even when horrible things happen, they could be worse so I should always have gratitude?”

I mustered up all my bravery and swept the headless body into the dustpan. I didn’t want to turn on the light, because I wanted to see as a little as possible, so I was using my phone flashlight. I descended the stairs, and brought the carcass outside.

At least it was over right? At least I didn’t step on it, right?

With the lights still off I entered my still dark room and that’s when I felt it. I stepped on something cold and wet. I knew what it was even before looking. The half eaten face of the chipmunk.

This time I fucking screamed.

I ran to the bathroom to wash my foot. Now I was freaking the fuck out, especially because I had stepped on it with just the right amount of pressure so that the face was stuck to my foot. The water pressure alone wouldn’t release it, and I had to use my hands to scrape off what I think was its tongue. I then had to get toilet paper, go back into my room that for whatever reason I was still keeping dark, and use my flashlight to pick up pieces of chewed up face and brain.

After about ten minutes of that, and a lot of dry heaving, I went back into my room with my flashlight and started walking towards my bed. But you guessed it. I stepped on yet another wet mash. This time it was on my decorative rug – which was why in my cleaning process I hadn’t seen the thrown up chipmunk neck that my cat had vomited.

I didn’t squeal. I didn’t scream. I cried.

I then washed what I’m pretty sure was a chipmunk esophagus off my foot, went back downstairs, got cleaner, and then went back upstairs to clean up the regurgitated chipmunk throat.

At that point I had been cleaning up this massacre for 30 minutes. I collapsed into bed shaking in horror. But at least I fell asleep!

Then this morning as I was still recovering, I was making the Munch breakfast when she called to me.

Munch: Mama there is something disgusting in my playroom.

Thinking it had to be more chipmunk debris I gathered my wits and entered the room. You’d be happy to hear it wasn’t the chipmunk at all, but instead the face of a mouse. Not it’s head or body, just the face. So now I have the task of finding the rest of it to look forward to for the rest of my day.

WHAT DO THESE SIGNS MEAN?? Pretty sure the universe is not telling me I’m going to get that TV deal – but actually that the universe just fucking hates me. 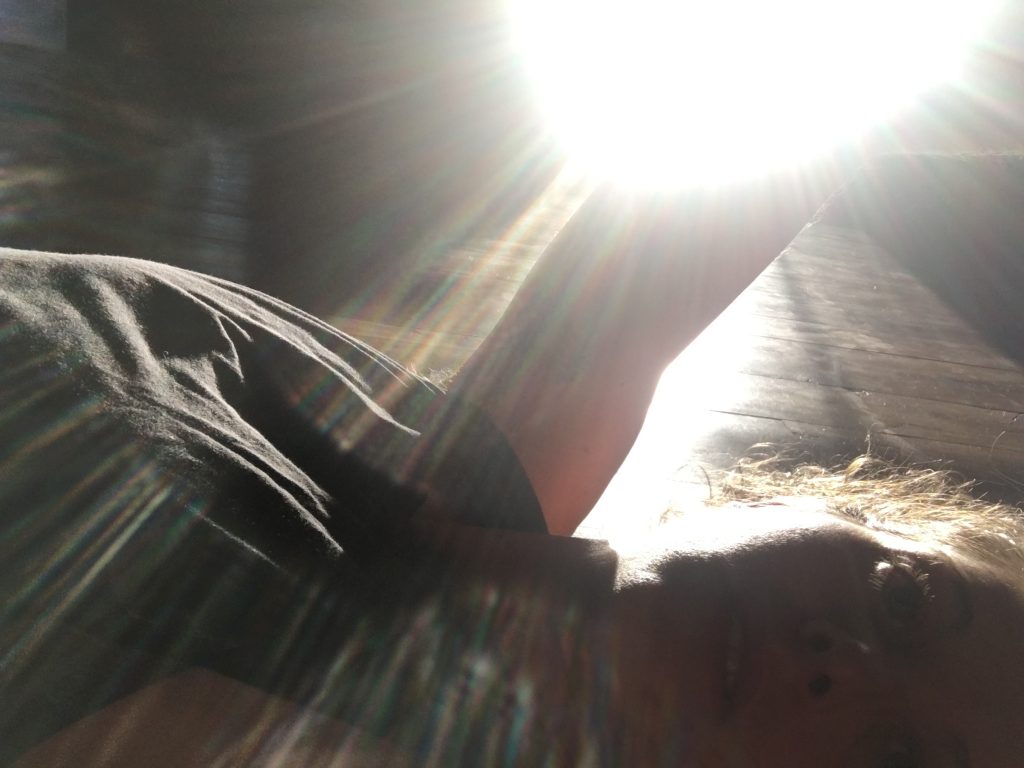