The News is A Distraction From The News 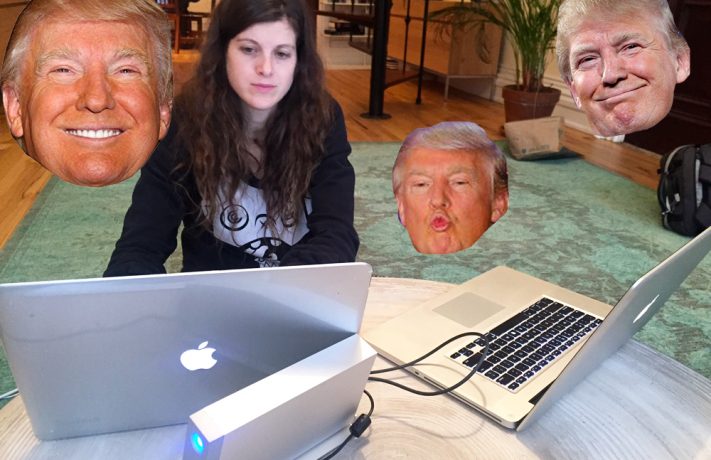 I miss the days when celebrity gossip was used to distract us from what was really going on in politics. Remember that? Those innocent times when you’d see this snarky post on Facebook that was like, “while you were busy paying attention to Kim Kardashian’s queef, Obama sent a drone attack to the Middle East.” Then you’d feel all dumb because you did care more about that queef, and thought you heard it from afar.

I wanted to write about the news this week, but by the time I finish this sentence, Trump already did something else. I can’t keep up! No one can! And maybe that’s the point.

I used to a conspiracy theorist that believed in the New World Order – that there was this secret group of 1%’ers ruling the planet with their lizard DNA. They were most likely aliens from the Palladien system, and would congregate in secret societies like the Bilderberg Group, or Bohemian Grove. Of course they bathed in the blood of goat fetuses, and were the puppeteers plucking the strings of humanity on the global violin of our so-called collective society. Borders were an illusion as insidious as the economy to maintain tribalism and further divide the humans to keep us from revolting from their Martian manipulation. Everyone thought this right?

Now I think it’s pretty clear that no one is fucking in charge. Politicians are just actors making us think that someone is running the show, but guess what? We’re on a sinking ship with no captain. No one is in control; there is no grand plan. We are spinning around in a chaotic primordial mess where the government and private sector have merged together into a double helix that rivals the intentions of the Dark Star.

Considering this, I wanted to share with you my favorite picture of The Munch and me.

Here we are. Notice how I am about to serenely return my demon child to the cemetery from which I found her. 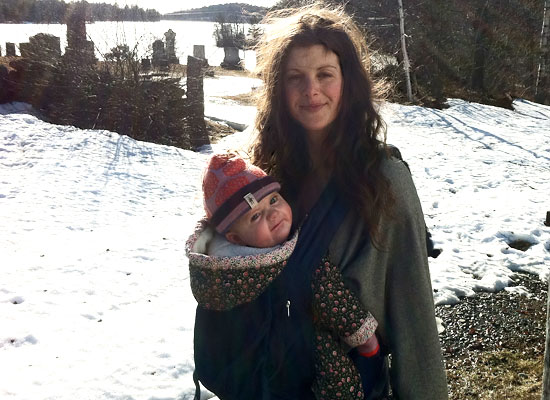