The Meditation of The Mundane Moving Me Through My Mania 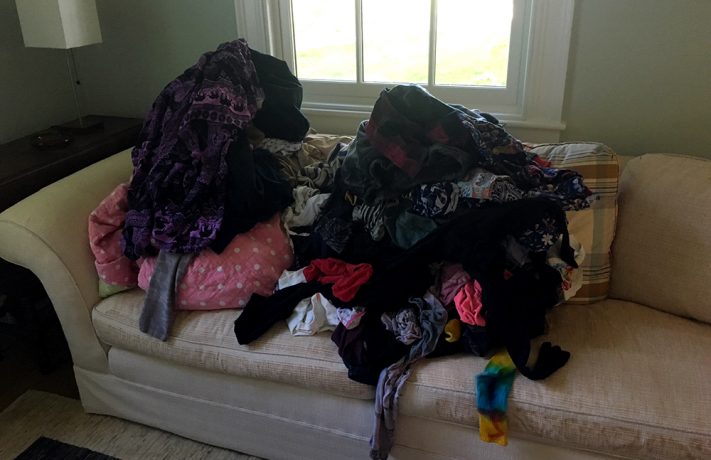 I don’t help people move. I do a lot of things in this world, but moving you is not one. When even my best friends tell me they’re moving, I just smile without teeth, nod, and then change the topic to myself. We all have our limitations. I will share my underwear with you, I will hold your hair back while you vomit, I will pick your toenails, clean your open wounds, and listen to you endlessly complain about your lover – but I will not help move that lamp.

When it came to be my turn to move, I knew I had to go this journey alone. I can’t ask people to help me do things I would never do for them. Even when friends offered, I had to deny their generous gesture because I didn’t want to be beholden to a future moment of retribution. Fuck you friend. I’ll lift this bookshelf without you because your bookshelves are your problem!

When I used to move apartments in my 20’s, I would get through the experience by doing bounteous amount of cocaine. I would fully pack and unpack a house in a 36-hour period and not stop once to sleep, eat, or even rest. The only thing I would pause for was of course, more cocaine. Yet now that I’m in my 30’s I had to approach this move like the mature adult that I am. Plus, I don’t have a dealer out here in the woods so…

I guess I could have smoked weed, but who wants to puff on a joint and then pick up a couch? That wasn’t going to work, because then I would just eat chips and think about space. I had to move sober and totally aware of every moment.

There are a lot of things I had to face during this 8-day process of moving, cleaning, and organizing from 8 am until 12:30 am. The first most glaring reality is that I am an ecological terrorist. The number of meaningless things I have accumulated over the years were frightening. The amount of trash that was produced as a consequence was utterly horrific. The frequency of dump runs was downright depressing. I am never buying anything again – except for white cut off shorts for the summer because cute right?

I also could not help but notice my own naivety and entitlement. Because I’ve never owned a house, there is a detachment I have in the places I’ve lived. In my parent’s house I’d do the obvious things to keep it clean, like put away my dishes and pick up my room, but if I spilled crumbs of the floor I’d figure someone else would deal with that. I wasn’t going to wash their floors or windows. When I lived in apartments with boyfriends, we’d just accept crumbs on our floor. I never cleaned my toilet, or my shower. I didn’t vacuum, or scrub. I didn’t care. I’d just look at massive dust bunnies as pets and brown stains as decorative. When I’d see mouse shit on my counters I’d just flick it behind the oven and move on with my day.

Throughout my 30’s I’ve had a cleaning person that has helped out with these nitty gritty details. I’d pick up for her and make things presentable, but I’d still assume that someone else would deal with things I didn’t feel like doing. This privileged perspective of “Oh, that will get done eventually, just not by me.”

My own ignorance became glaringly apparent to me when I realized there was a major moth infestation that had to be dealt with. Now, I’m not a total idiot. I kind of knew that you didn’t want moths in your house and something about putting cedar in closets. But I also simultaneously thought moths weren’t that bad, and just night butterflies. I didn’t realize that moths would eat the shit out of fabric and plague your belongings with their maggots! I don’t know if you’ve ever picked up a cushion and then realized that you’re covered in moth larva, but holy shit is that a humbling moment. I spent 6 hours of my life vacuuming, scrubbing, cleaning, vacuuming, and then cleaning moth larva – breathing in these miniscule fetuses.

So much of my stuff was covered in mouse piss from storing it that I had to clean every single thing I owned, including my cleaning products. I realized that I had to accrue a different awareness about my impact on not only the planet, but also how I approach my own relationship to responsibility. I can’t have the entitled attitude of the past, nor can I pass that on to my kid. As such I got her a dust buster so she can vacuum up her crumbs every time she sits down to eat.

Yet despite my spoiled complaining of how much it sucks to move, it was actually a truly profound meditation. White people pay for meditation retreats to find enlightenment (present company included) but the mundane process of going through everything you own, cleaning it, and then putting it in a specific place was akin to a mediation retreat on crack. This mundane work took me to a mindful place where nothing else mattered but wiping off a counter. Dealing with how in the beginning it felt so overwhelming to stare at everything you own covered in animal feces to slowly chiseling down the effort where not only is all clean again, but also put away in its newly proper place was truly transcendent. I didn’t listen to music, or podcasts. I didn’t talk to anyone or distract myself with drugs. I just focused purely on the act in front of me, even if it was finding an onion that had somehow been packed in the kitchen “box” and said onion had molded to a point of creating a new ecosystem of fungus.

I became so absorbed in this process that I forgot who I was. I forgot my ambitions, my anxieties about work, my depression about my unrealized dreams. I even forgot one of my best friend’s birthdays! I didn’t check email, Facebook, Instagram, Twitter. I didn’t hear about the news or the fact that WE ARE PUTTING BABIES IN DETENTION CENTERS AND OUR GOVERNMENT IS RUN BY IMMORAL MONSTERS WHICH ONLY HIGHLIGHTS OUR AMERICAN LEGACY OF SEPERATING FAMILIES THROUGH THE GUISE OF POLITICAL POLICY WHEN IN FACT ITS PSYCHOLOGICAL WARFARE AGAINST THE OPPRESSED!

Fully immersing myself in the mundane was a vacation from the mania of myself. I dove into my psyche at its core and scraped off the superficial concerns that usually plague me. Yet now I don’t know who I am. I sit in front of my computer and I question everything. I became Toni who vacuumed and scrubbed, and that Toni had a mental freedom that the Toni that writes, makes videos, talks comedy into microphones, and tries desperately to be noticed doesn’t have. Cleaning Toni can have a goal and accomplish it. Cleaning Toni can eradicate crumbs and handle moth abortions. Trying to get into Sundance Toni I’m not so sure about.

My stuff… still covered in pee pee of rodents 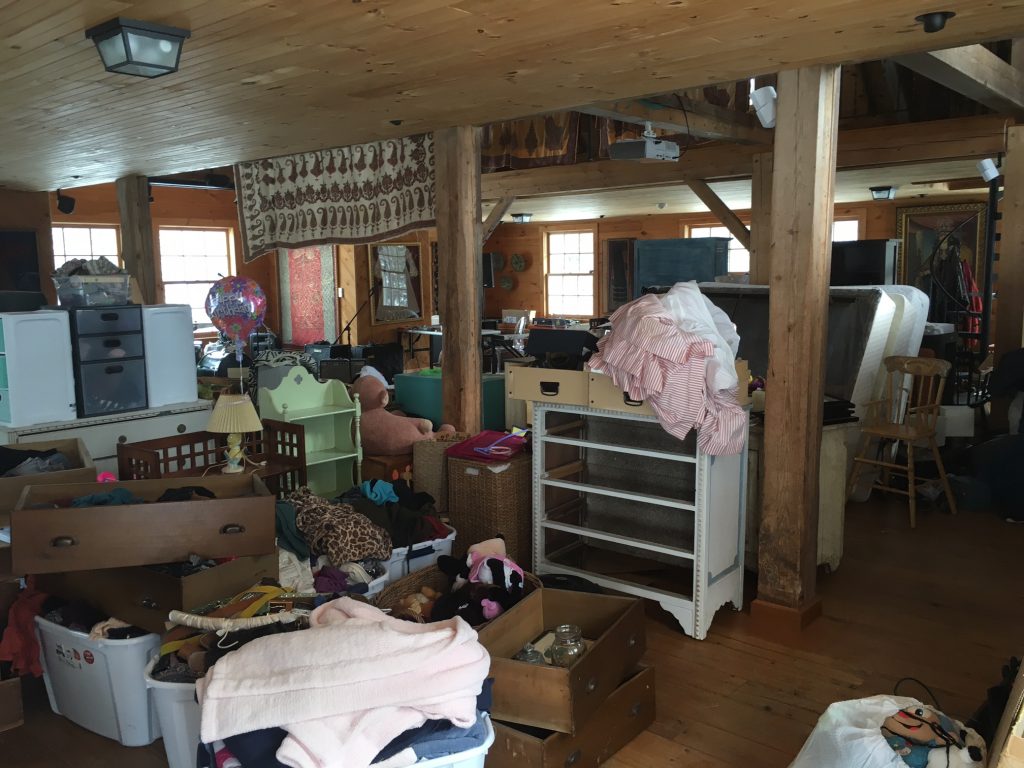 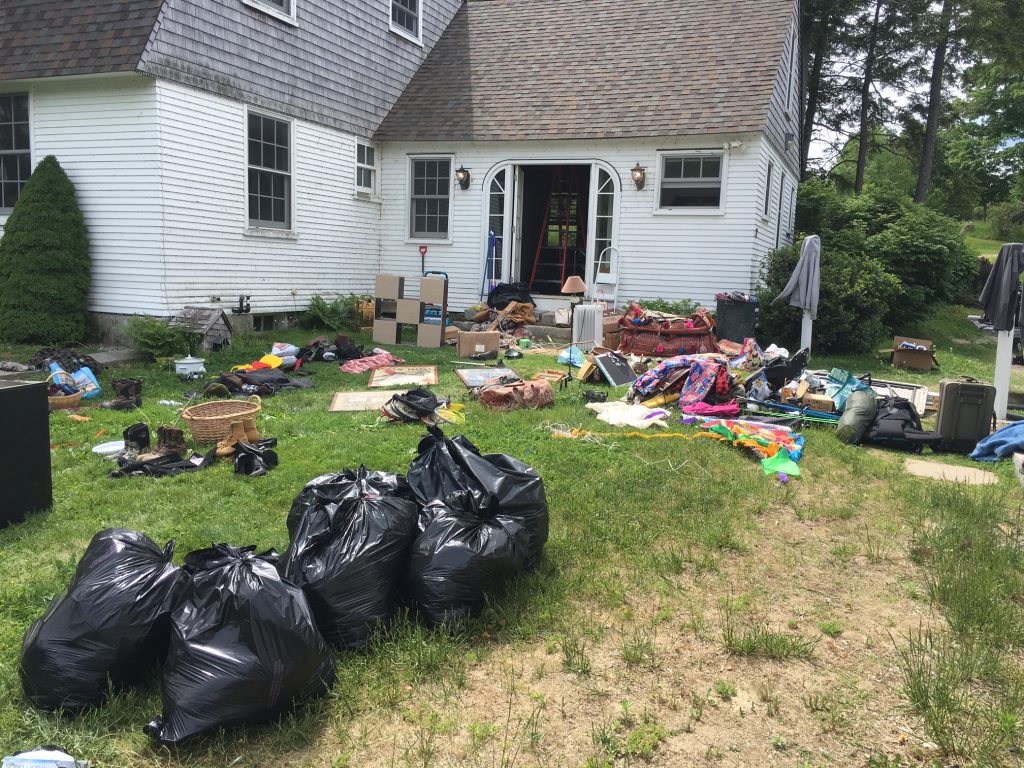 I also found such gems as the below old diary… where I not only practiced by alphabet cursive, but graded myself and A+ and decided I was “great.” 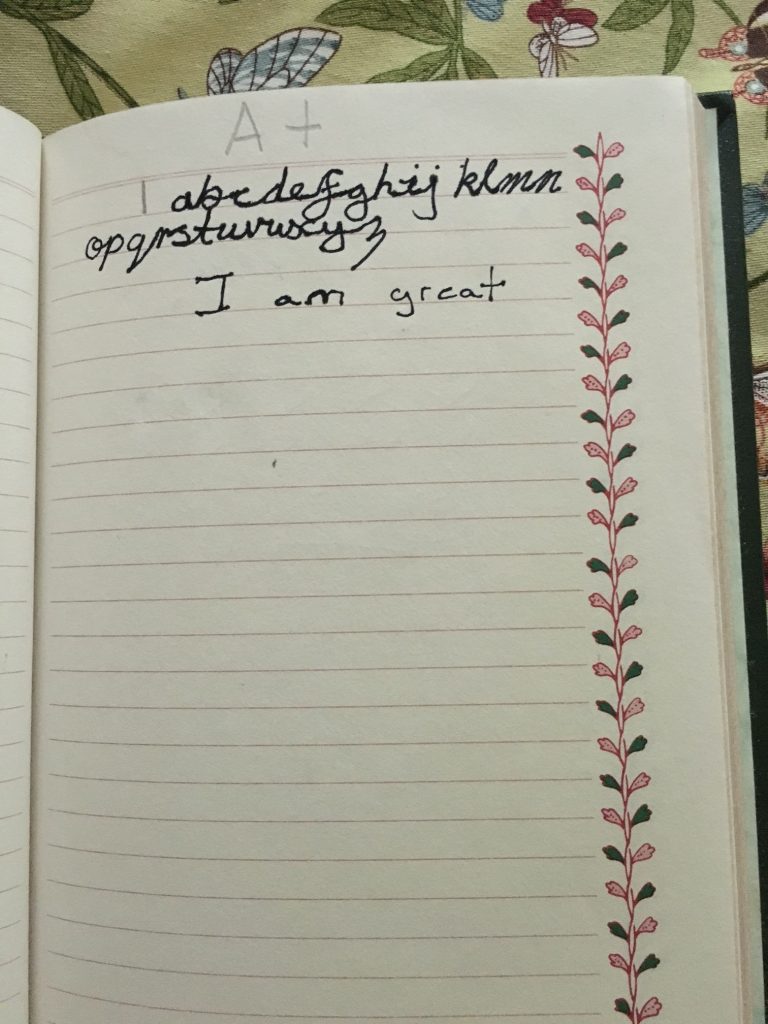