The Evolution of Humans (Crystal Children) 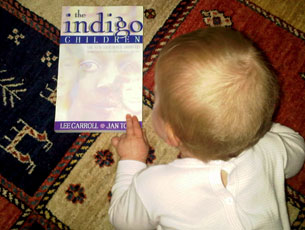 Do you ever wander about the evolution of humans? Are we still evolving? And what does that mean? Will there be physical changes, like growing an extra set of thumbs for power texting? Or mental advancements like being able to read minds, or communicate with computers through our cerebral cortex? Will the evolution be instantaneous, like whoops… one day all babies will be born with a blue tooth implant?

Well, according the thinkers like Doreen Virtue (and with a name like that, how can we doubt her) the Crystal Children are the new generation of evolved human beings. Crystal Children supposedly have a universal consciousness rather than an individual sense of self. They have a crystal-colored aura, a theoretical field of radiation around the body and are the physical manifestation of pure love. They are next level humans that are born from the Indigo Children, who are a little less evolved then the crystals, and have an Indigo colored aura.

Now, I don’t know about you, but I am definitely an Indigo Child. I look great in blue. And that Munch has got to be a Crystal Child, because when I was preggers I said to my belly “you better be a Crystal Child or I am sending you back to the baby factory.”

Before having a baby, I would often feel an intense despair about the helplessness I felt about the state of the planet. I would spend hours watching documentaries that convinced me that the world was coming to an end either from an asteroid, food contamination on a massive scale, or the New World Order’s evil plot. But then I heard of these magical Crystal Children and decided to believe in them. Much like unicorns, or the tooth fairy, I just felt a great comfort trusting they were out there.

If you take a moment to really consider it, maybe this isn’t so crazy after all. Lets take for instance the oil spill in the Gulf of Mexico. Can man ever undue the damage? Even though we don’t hear about, the Juan Valdez spill, it is still destroying the environment. Is it seriously possible that we humans can clean up the mess that we have made? But maybe these Crystal Children with their magical ways will be able to meditate healing energy into the planet, purifying all the damage? Maybe they will come together with their advanced state of conscionsness and envision the world back into a state of health? Or, maybe The Munch will resent the hell out of me when I try and get her to practice her Crystal Child meditation skills on cleaning up the kitchen for me? 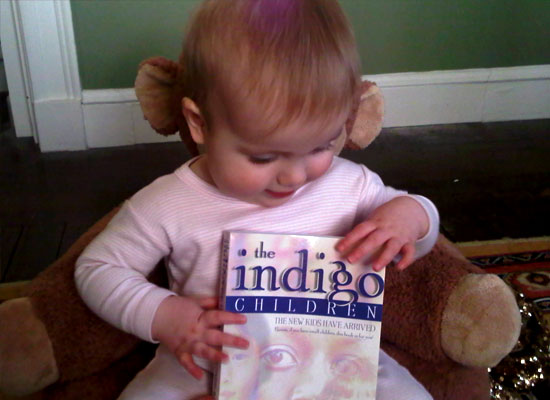