The BEST Idea I EVER Had 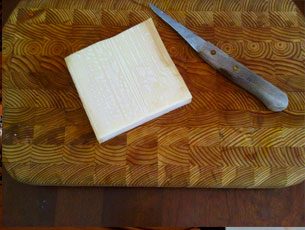 A couple of years ago I had an idea. An idea that I thought so brilliant… so profound… so worth of sharing that I had to make a video depicting my fantasy of it.

What is this idea you must be asking yourself! What could possibly warrant an introduction of such self-gratifying language?

And that idea my friends… is Human Cheese.

I was traveling cross-country, making my way through Oregon when my friends and I decided to stop at the Tilamook Cheese Factory. Why did we do this? Not because we were high… (exclusively) but because it was there! And that is just what you do.

At the cheese factory, which as you may be able to imagine was quite disturbing, I started thinking of why we eat cow cheese. Who was the first person that came up with that idea? “Yes, I am going to take this liquid from a cow’s tit, cook it, curdle it, make it nice and chunky, and turn it into hard mold. And then I am going to eat it!”

And why cow cheese? We as humans have a history of sucking on human boobs, not cow boobs. Who was that guy who looked at a baby cow nursing his mom and said to himself “Now that’s a good idea!” How did this catch on? How did we start manufacturing cow dairy? Why not human dairy?

Since I made this video, my friends and family have sent me an alarming number of articles on the subject. I guess I am not the only genius who came up with this thought. Sigh. (see example below)
http://itp.nyu.edu/livingsystems/2010/10/human-cheese/

But… I am the only smart ass who made an awesome video about it. Check it!