That Time My Dad Came To My Prom 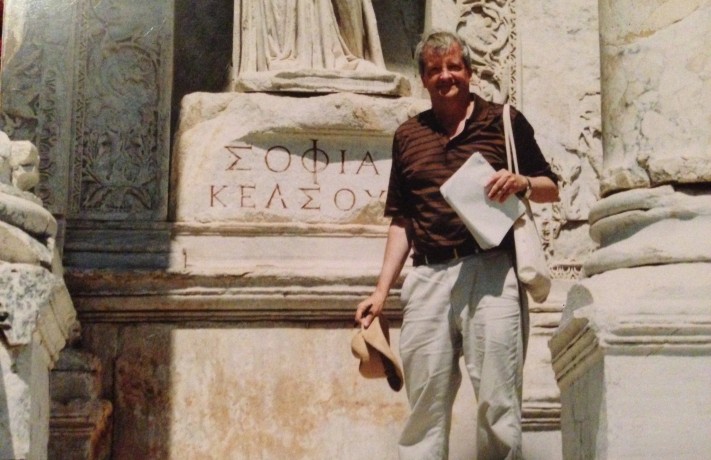 When I was in high school I had a lot of parties. A lot.

You are probably asking yourself where were your parents? Were you not supervised? The answer…. Not really.

My mom and dad were raising their kids in the 70’s and 80’s. It was a different time. They didn’t do silly PC things like quit smoking when pregnant. It never occurred to my mom not to have bourbon before bed while I was gestating inside of her. Nonsense! They didn’t share the same uptight morals of today – like making your children wear seat belts – poppycock!

When my brother went off to college, that meant my there was only one more child in the house – a 15-year-old girl. They were practically done with their whole parenting journey right?! I mean what kind of trouble could a teenage girl get into when left alone to explore her moral compass? The answer… quite a lot.

My parents would leave most weekends to visit their country house in New Hampshire. That meant from Friday through Sunday, the Boston house was mine for the taking. As a result, I had a LOT of opportunities to throw parties. I developed a system that was so thought out, it would probably qualify me to run for president… you know… considering Trump and all.

This was how it would all go down. My parents would leave Friday afternoon, and I would sweetly kiss them goodbye. As soon as they were out the door, the phone calls would start. This was before the age of cell phones, so we had to use my house phone. Because my parents craved autonomy, and didn’t feel like sharing, we had 4 separate phone lines – one for each member of the family. That meant that 3 of my friends and I could all simultaneously call almost everyone in our class.

I believed in equal opportunity high school parties. I didn’t want to only invite the popular cliques. That felt way too cliché and exclusionary. So I invited representatives from each group from my grade. The kids who played Dungeons and Dragons, the hockey players, the druggies – everyone was welcome. At least everyone who answered their phone because there was no mass texting. If that had been around then… lord help me.

The party would happen on Saturday. My friends and I would spend all day preparing. We would tape off rooms people weren’t allowed in, and leave a few open for make out sessions. We would take all my mom’s fancy living room bullshit frills, or anything breakable, and lock it away. We always provided a few cases of beer that a homeless man had bought for us (preferably something sophisticated like Red Dog), and the other kids would bring the rest. Everyone was invited to sleep over, so no one had to travel home wasted. At the end of the night, my one friend and I would walk over passed-out bodies, and drink all the half-filled drinks that were left over. You know, because we were classy.

The next morning my core group of friends would stay behind to help me clean up. This often consisted of my calling the rug cleaners, and convincing them to come in on a Sunday. Once the house was spotless, everyone would leave just in time for my parents to come home.

My Mom: Wow. It is really clean in here.
Toni: I cleaned up for you… because I love you.
My Mom: Did you have anyone over while we were gone?
Toni: A few people.
My Mom: You didn’t have a party did you?
Toni: Of course not. It was a gathering.
My Mom: What is a gathering.
Toni: Well it is a little more than a get together, but much less than a party.
My Dad. Oh. Okay.

Maybe they knew I was full of shit. But there also weren’t any real consequences they had to deal with. The neighbors never complained, and the house was immaculately tidy.

I started to get cocky. There was even one time when my dad was home, and I had a party while he was upstairs working. It was in the summer, and he was trying to finish his book in time for the deadline. Our house is a town house, so it is really tall and skinny. It has 6 floors, with one or two rooms on each floor. I figured since my dad was on floor 6, surely he wouldn’t hear us on floor 1 and 2!?

Toni: Dad… I’m going to have some people over. Maybe you could just stay up here and not come down at all.
My Dad: Well can I have some pistachios so I don’t get hungry?
Toni: Sure. I will bring them to you.
My Dad: I don’t have to talk to anyone do I?
Toni: You don’t. Especially if you stay up here, and don’t come down at all until tomorrow morning.
My Dad: Deal – as long as I don’t have to talk to anyone.

He never even knew 40 kids were in his house listening to Snoop Dog and drinking 40 ounces of malt liquor.

By the time I was 18 I felt invincible. I had this whole thing down to a science that would make Bill Nye proud. I was too confident, and that’s where things went wrong.

We had a party the night before prom. Because it was towards the end of the year, some older students who had already graduated, and were home from college, decided to come. These older kids brought some of their friends, and shit got out of hand. When I usually had parties it was only kids who knew me, and appreciated the opportunity to drink and dance to Dr. Dre. They didn’t want to fuck shit up for me, or themselves. That’s why those parties were always respectful. Everyone was on the same team of wanting them to continue. But these older kids didn’t give a care about my house, or anything in it.

The next day the house was a disaster. We spent all day cleaning, and I assumed no major catastrophe had gone down. I went to my prom thinking that I was in the clear. As I was on the dance floor, the energy suddenly changed. It went from lighthearted bouncing around to Adina Howard “Freak Like Me,” to like a dark haze of collective anxiety. Everyone was whispering to each other , and looking around frantically. Finally the message came to me. My friend pulled me aside.

My Friend: Dude. Your dad is here.
Toni: What do you mean my dad is here? At prom?
My Friend: He is looking for you. He looks really angry. You better run.

Without thinking, I ran. It wasn’t until I was pushing past people in the hallway that I saw him. I knew it was my dad, although he didn’t really look human. His face was a shade of red that you only see in horror movies. His hair was standing on end like Einstein had been electrocuted. But it was his eyes that were the most alarming. They weren’t exactly inside his face anymore, but rather bugging out so far that they touched you from a foot away.

My Dad: TONI GET OVER HERE THIS INSTANT!
Toni: Uh. Hi Dad. What are you doing here?
My Dad: You had a party while we were away didn’t you?!
Toni: Maybe?
My Dad: Well you mother’s laptop has been stolen! And her book was on that! AND NOW IT IS ALL GONE!

With that, my dad left. This is the catholic way. To shame you with intense guilt for your wrong doings, then leave you to self-flagellate. It was very effective.

I had no way of getting home, so I had to wait for the rest of my friends and ride in the limo to my house. It wasn’t exactly the fun “after prom limo ride” everyone had envisioned. We were all quite solemn because I was crying. Everyone knew I was in a ton of trouble, but they also really wanted to get rid of me so they could have fun with the rest of their night.

Luckily my mom had backed up most of her book on hard drive so she didn’t lose the entire thing – although no one really ever forgave me. The only redeeming moment was my high school graduation. No one would sit next to my mom or dad, and all other parents were pointing and whispering “There are those Nagy parents with their hedonistic ways.” At first my parents couldn’t understand why they had the plague, but it eventually became clear to them the reasoning behind their social outcast. Then one mother came up to them with a different kind of energy.

School Mom: I just want to thank you for inviting my son to all those wonderful parties you had.
My Parents: Oh…. Right. Yes Of course.
School Mom: They were the only parties he was invited to, and he always had such a great time. Thanks for making this high school experience happen for him.

So you see mom and dad! Those parties were actually my form of philanthropy! 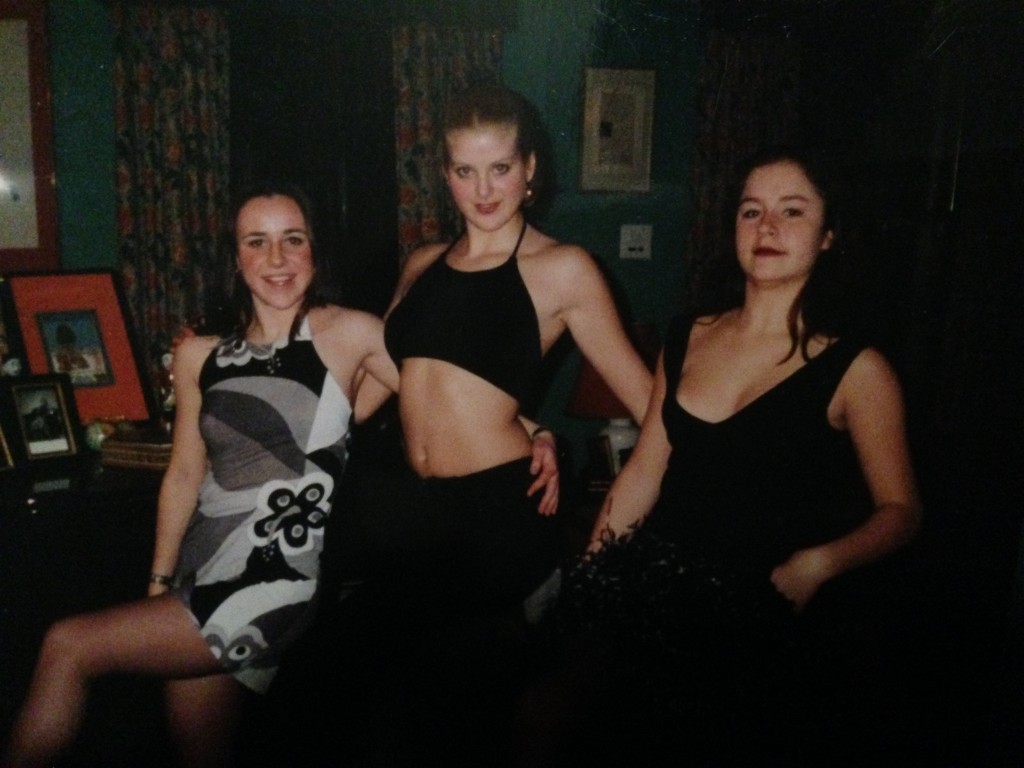