Your Bad Mood Becomes My Problem 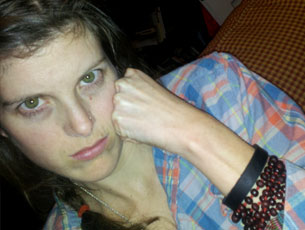 Bad moods are contagious.  When you are around someone in a sourpuss state it is supremely difficult to not let it affect you.  It is as if their blackened energy seeps through their pores to pollute your collective atmosphere with noxious vibes, and you can’t help but breathe their emotional bile into your very being.

A lot of times people in a foul mood expect the person they are with to get them out of it.  It suddenly becomes your responsibility to extract them from their miserable disposition by exerting all the positive force you have to offer, and sacrificing your soul for them to feed.  If you try and ignore someone’s bad mood and remain unaffected, they will eventually poke every button until they find the one that ignites your inner rage and your mood becomes just as vulgar.

The Munch has been in the worst mood  since she got the flu two weeks ago.  It was one thing to tolerate when she was having moments of barfing so violent I thought she was doing some scene work for the Exorcist.  I could be excessively empathetic and absorb her pain, because her suffering was so blatant.  But now that her anguish is not longer as obvious it is challenging my ability to maintain patience when she acts like a total jerk.  She is still probably not feeling that great because she smells like fart powder and still looks a little pale, but it is showing less in her physicality and more than ever in her attitude.

Dare I say being around her sucks ass?

This morning I was really getting to my breaking point.  She wouldn’t let me put her down so I had to carry her from room to room.  She insisted on listening to music on the iPod but every song was the wrong one, so she screamed in my face and cried as I frantically went though all 2,789 tunes.  She won’t play or do anything by herself and wants me to be her constant source of entertainment.  She asked me to make her an egg, and when I gave it to her she frantically sobbed then threw her egg, spoon, and plate.  She demands to watch the movie “Babies” every 20 minutes, and when I refuse she head butts me in the chest.  And when she is not being a total tyrant she is insisting on nursing like her admission to Harvard is dependent on how much of my soul she can suck through me.

“Toni, they grow so much and so fast that there has to be a moment when they regress.  Especially if she has been sick, she is going back to what she knows, and that is being babied.  Being carried everywhere, nursing constantly, being connected to you.  And if that is stressing you out, it is stressing her out more because she doesn’t get that she is your cause of stress.”

It just made so much sense to me and gave me the energy to keep going.  She is not going to be this way forever.  Soon I will get my Munchee back, who head butts me for the right reasons, because she thinks its hilarious.

“I don’t want to talk about it Mom… I just want to stand in the potty and be left alone.  WAIT… where are you going??” 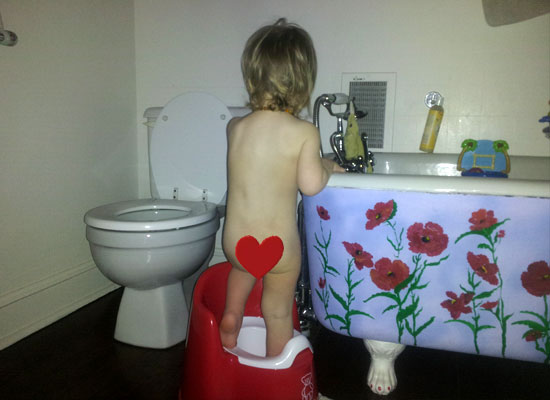