Smoking Pot and Watching 1970’s Sci-Fi With My Brother 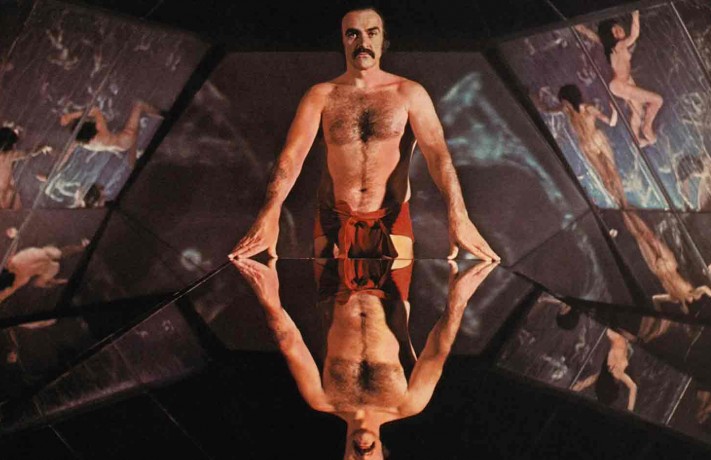 On the fateful date of September 8th I received a text message from my brother that requested we watch the movie “Zardoz” together. And I quote, “Don’t look it up on Wikipedia. It has to be seen to be believed. I feel in my Hungarian heart that we need to experience this movie. It will be like when I introduced you to marijuana, because I bet you will start leading seminars on it.”

When a sibling makes a request of another sibling with this magnitude of importance, the appeal must be granted. This is the duty of the sibling bond. When one sibling insists the other watch 1970’s science fiction, the other sibling MUST comply. It is the only way.

The next order of importance was when this screening should take place. According to my brother, “one cannot watch Zardoz under times of stress,” so we had to plan it perfectly. This event could not be rushed, nor could it be put off for too long. I then received a text that read, “I want it to be sheer insane joy for you, so my gut tells me we should do the screening to celebrate the autumnal equinox.” So I of course honored my brother’s pagan instincts, and we gathered on Sunday evening to watch Zardoz.

At this point you might be wondering to yourself, “Toni, what the dick is Zardoz?” Let me tell you, I too had that same question! Yet since I had sworn off any Wikipedia interference, my knowledge of Zardoz was probably as vast as yours. Meaning, I had no fucking clue what Zardoz was.

Upon my brother’s arrival, we debated whether or not smoking weed was a good ritual to introduce us to this sacred ceremony.

My Brother: Maybe we don’t do the weed, because Zardoz is a trip in and of itself.

Again, I complied, since my brother is the Zardoz aficionado. We started the movie and the first image was a man’s floating head cloaked in a strange cloth hat. As his decapitated head drifted across the screen, I realized that his beard and mustache had been drawn on his face with what seemed to be… a Bic pen.

Toni: I think we are going to have to smoke some pot after all.

This was the first “pause” of many that was to take place during the viewing of Zardoz. We momentarily stopped the movie and each took a hit of weed. Since we are both sensitive souls, we had to be careful not to smoke too much, which would surely sour the Zardoz. Even though you have to be high to watch Zardoz, you don’t want to be too high.

The next 105 minutes of the movie extended to about 200 minutes because we had to pause and discuss so many things. I mean, you can’t get high and watch post-apocalyptic sci-fi from 40 YEARS AGO and not have a LOT to deliberate over.

I can’t say that I totally know what was going on the ENTIRE time of that movie, but this is the general gist of what we discussed.

The movie is essentially about over population and the destruction of the planet through mindless breeding and overconsumption of resources. My brother and I both agreed this message is just as relevant today as it was in 1974. In the first shot of the movie with the floating head, said head talks directly to the audience – implying that you too, the watcher, are part of the problem. So don’t watch this movie feeling exempt.

Once we were about 3 minutes into Zardoz, I realized that I had missed a line of dialogue, but could not rewind the movie with the remote I had on my phone. I am not that good at Apple TV, and don’t actually know how to rewind, only pause. This led us to the philosophical realization that this moment of not being able to rewind the movie was just like life. We can’t go backwards in time, we can only pause something to slow down the present. The more present you are, the more you can delay the progression of a fast forward future.

We then sat and looked at the paused picture for about 3- 6 minutes. A floating head stared back at us. Oh – not the same floating head mind you…. A different one. This one was made of stone. I mean, what kind of movie would Zardoz be with just ONE floating head.

We watched about 4 more consecutive minutes, then had to pause it again. This time was because we had to read the writing on the wall. Literally. The main character was in a room, and behind him, written on the wall, was writing. It read, “in this secret room from the past, I seek the future.”

It was at this moment that my brother and I realized that maybe Zardoz is as profound as Stanley Kubrick’s “The Shining.” After all, John Boorman wrote, directed, and produced the movie, so everything we were seeing was EXACTLY his vision. Boorman wasn’t compromising on anything. This was the movie he wanted us to see. When people in the boardroom asked John, “Does the main character Zed played by Sean Connery HAVE to wear underwear and knee high boots as a costume?” Boorman said, “Hell yes he does. You are going to look at Sean Connery in red panties and hooker boots the ENTIRE film, and you are going to like it.”

The point is that Boorman vetted every decision in the making of Zarodoz. So my brother and I figured we could make an entire documentary breaking down all the political, social, and Meta commentary just like in that documentary “Room 237.” Even though I was only 7 minutes in, I knew Zardoz was that deep. As my brother said, “Boorman is sucking the Kubrick marrow.”

About 13 minutes in, we had to pause yet again because my brother got inspired. He then went on a 17-minute diatribe about the current geo political landscape, the future of secret societies, the potential of a transparent government, yet somehow then brought it all back to an analysis of self and his own personal evolution.

It was pretty impressive.

We then got really into the narrative of the movie and talked less. The basic lesson I learned was that the global elite might very likely sequester themselves from poverty and extreme environmental catastrophes. They will quarantine themselves in a fabricated utopia, where they fancy themselves the custodians of high culture. They will then become immortal, because that’s what rich people do.

Yet this landscape will forever be fundamentally flawed, because human nature is. Despite having eternity, their minds will still be confined. The common assumption in life is that our bodies are limited, and our minds are boundless. But Zardoz reminds us how it is our bodies that are actually limitless, and our minds limited.

Stress is what ages us. It is the mind that kills us. The body is immortal and could defy all physics if only the mind could conceive it. As the protagonist played by Sean Connery said, “I see nothing inside except my own perplexity. Knowledge isn’t enough.”

Zardoz also planted the seed that maybe all war is simply entertainment for the rich. They don’t see the people fighting as actual people, but a subspecies of lower importance. Much how we see animals. We avoid projecting our human feelings onto them, for it’s just a bull for Christ’s sake. It doesn’t feel how I feel, so let’s enjoy watching it fight till the death.

The other lesson of Zardoz is how when you have nothing but time, time means nothing. Yet the boredom will pollute you.

When my brother left that night he said to me, “you are probably thinking ‘why Zardoz, why now?” And he was right. I was thinking that, and I bet you are too! 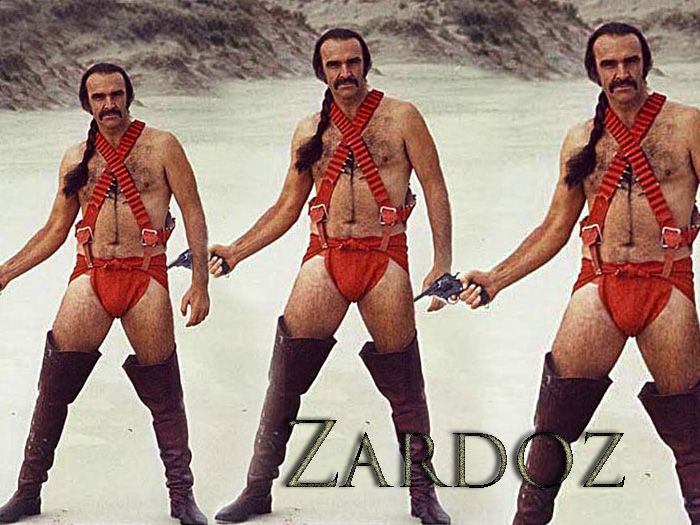 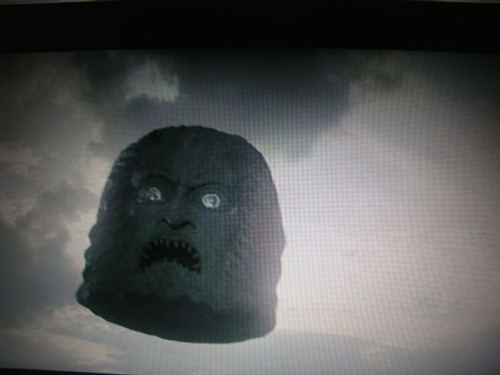