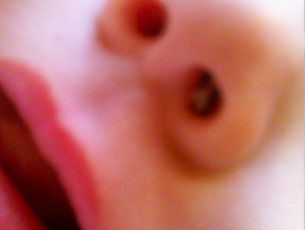 I have an obsession. I am not talking about your Calvin Klein kid shit… I am talking about a serious, pathological obsession. The kind of obsession that deserves a reality TV series. An obsession so consuming, so relentless, so intense that I am ruled by it.

And that obsession is with buggers. The buggers in my baby’s nose that haunt me.

You see, your baby spends most of their day laying down right? And when someone is lying down, you can see up their nose. Pretty simple concept I know. But when I see up my baby’s nose, and I see a bugger, all I want to do is get it.

Now, there is a problem. Her nostril, is infinitely smaller than my fingers. I can’t get my finger up her tiny baby nose. And I can’t look at her with buggers in her face. I just can’t.

Does she give a care? No. Not at all. She is perfectly happy with buggers dangling like a chandelier. Why does it bother me so much? Because I have to look at them. I want to free her nose of these buggers as much as I want to Free Tibet.

So, what do I do you ask? First, I tried using her finger. Although her finger does fit up her nose quite nicely, it is hard to manipulate it because she doesn’t want to put her finger in her nose. If by miraculous coordination I do get her finger in there, she has no idea why her finger is in her nose, and does not make the necessary motion to dig the bugger out.

Idea number 2… Push her nose up in a pig position, and try to smoosh the bugger out. She is not a fan of this strategy. She gets increasingly annoyed at me.

Idea number 3…Grow my pinky nail. Maybe my pinky nail might be just small enough to fit. And you know what? It worked! Okay, fine, now I look like a cokehead mom, which is suspect, but I can really get in there to dig one right out.

I can’t say she enjoys that I do this to her. Sometimes she will turn her head back and forth and resist. Moments like that, I jut have to breathe and let it go. A true test of love and will. But if I persist, and pick just the right moment when she is feeling calm, I can get my nail up there and pick the hell out that nose! It is a satisfaction worthy of a prize. 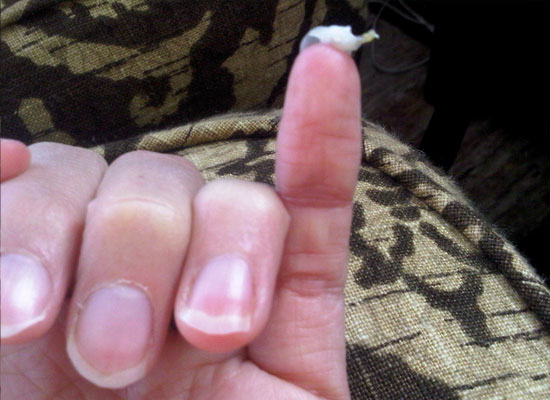