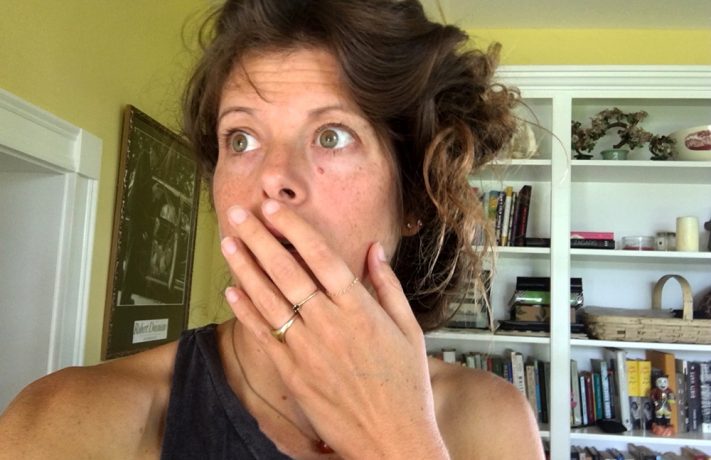 I never thought this day would come. I had assumed that my influence would overshadow the toxic messaging of culture. I wanted to believe that my personal jihad against women defining themselves through their attractiveness would seep into the pours of my child. That my daughter would emulate my behavior rather than succumbing to the influence of media manipulation and societal conditioning. I naively thought I was going to be able to shelter her from the storm of female insecurity by turning myself into an umbrella of ambivalence regarding beauty standards. Are all these years of dressing like a 12-year old boy, not caring about make up, and having my hair resemble a nest suitable for a family of opossums worth nothing?

Toni: Hey Munchie let’s go!
The Munch: I’m not ready yet!
Toni: Why what’s going on? Don’t you wanna go swimming?
The Munch: I do, but I can’t leave yet! I am doing my hair!
Toni: Munch who cares? We’re going swimming.
The Munch: MOM! I CAN’T GO SWIMMING UNTIL MY HAIR IS PERFECT!

I let that one sink in for a minute. Five minutes later she comes downstairs in tears.

A Tsunami of rage flooded my being. How could my 8-year old give a flying fuck in a rolling doughnut about looking pretty? How could this country-bred, Waldorf educated, Swiss chard eating child (that spends her days in nature communing with chipmunks) work herself up into such a tizzy that she’s weeping because hair isn’t perfect!? It was a feminist nightmare. The walls started closing in on me. It was hard to breathe. I began to lose consciousness as my mouth lost all moisture and I nearly gagged at the horror of it all.

The munch has never seen me stress about my looks, and if she had observed my hair closer she would’ve noticed that the back section was in fact a giant knot that housed 9 different forms of bacterial microbes. Where was this beauty anxiety coming from? TV? Movies? Other girls? HOW DID THIS HAPPEN?

Toni: Do you know what this kind of thinking is? This idea that you’re not pretty enough, or that you need your hair to be perfect? It’s a disease of the mind.
The Munch: What do you mean?
Toni: Munch like a cold, or the flu that is spread through germs, there are also contagious diseases of thought that culture spreads to make girls think that they aren’t perfect enough or pretty enough. This idea that girls have to be pretty and perfect all the time gets ingrained in your mind. You then think you’re good if you’re pretty or that being pretty is the value you have to the world. Girls then start to believe that being pretty matters more than anything else – more important than being funny, smart, creative, artistic, interesting, or kind. When all you care about is being pretty, then you can no longer see yourself truthfully. When girls obsess about beauty they often will only see their faults – and how they are not beautiful enough – and this disease makes them mutilate themselves with plastic surgery.
The Munch: Is that where you change your face with doctors?
Toni: Yes. These women become so insecure that they change their face with surgery because their minds have the disease of believing that they are not good enough. I’ll show you.

We got on my phone and spent about 20 minutes looking at before and after pictures of women with plastic surgery. In every photo the before was the better photo – the actual faces of these women, smiling and yet to be ravaged by the Hollywood machine. We looked at what they did to themselves, what society did to them, what doctors allowed to happen. These human faces transformed into plastic masks.

When we were done The Munch stopped talking about her hair. She hasn’t really talked about her hair since. I know the road is still long for us to go down, and this will most likely be the first of many conversations about this. I wanted to at least plant a seed in her consciousness because it breaks my feminist heart to think of The Munch plagued by insecurity around her beauty. Any woman who has gone through this knows what a waste of time it is. How when you are worrying about how pretty you are, you aren’t fighting against the patriarchy that made you feel inferior to begin with. Our daughters don’t have time to worry about this bullshit. Insecure women are controlled by the paradigm of male dominance and are trapped in a compact lacking the foundation they need to break free. Insecure women will waste their money, resources, time, and energy on the impossible task of seeking perfection.

As humans we all deal with insecurity because it is genuinely hard not to compare yourself to the other. Yet if The Munch is going to feel insecure I’d so much rather it be because her friend Becky is better at science and not about who has the cuter pigtails.

I mean its not every day that I can do a “Game of Thrones” style hair on an 8 year old. 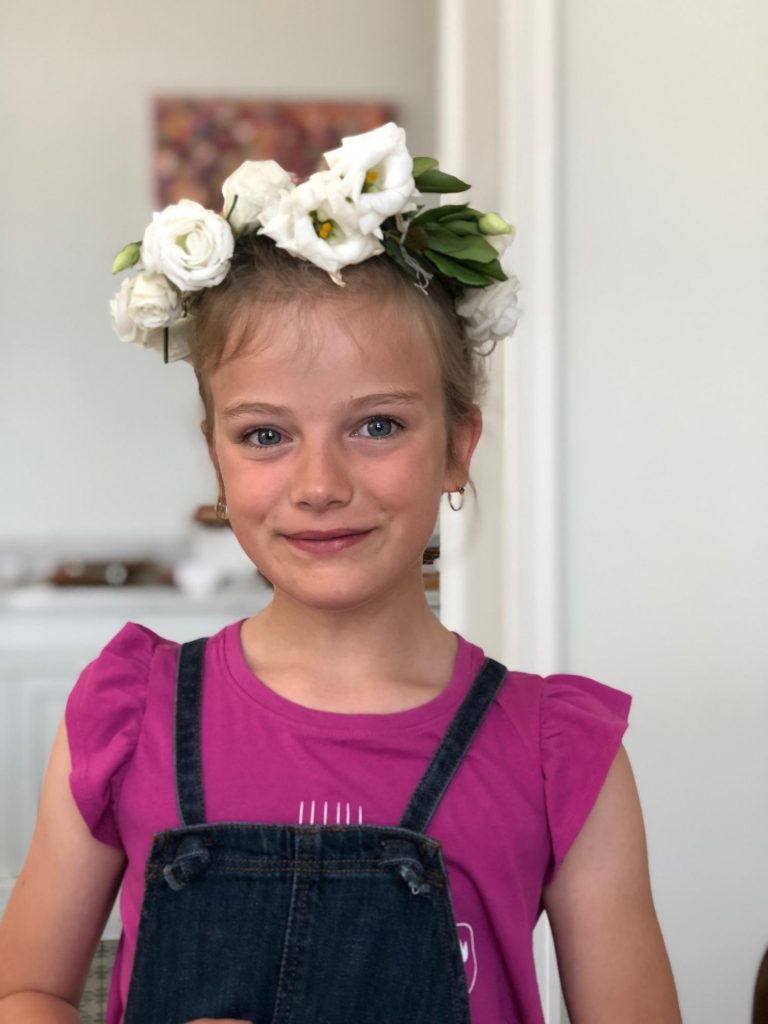 Previous post:
Did I Fuck Myself By Making You a Better Person Than Me? Next Post:
I’m Sorry I Tried to Rape You