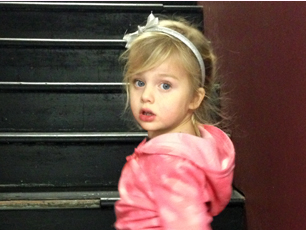 I think my kid is going to be into partying when she gets older.  I don’t know what the scene is going to be like 20 years in the future… maybe everyone will be getting high on android saliva, listening to music telepathically, and wearing radio active armor… but I can pretty much guarantee that The Munch will be in the middle of the action.

You know how there are morning people, and nighttime people? The Munch is just a creature of the moon.  As dusk turns to darkness, she doesn’t start to melt down, or get tired and cranky like most 3 year olds I know.  When the stars are out, it is her time to twinkle.  While our side of the planet is snubbing the sun, The Munch is looking to bathe in the celestial energy of the earth’s satellite.

Every night when I put her to bed she says she is going to go to sleep, but I know she doesn’t.  How do I know? Because she still has a baby monitor in her room.   I kind of feel like the NSA listening in on The Munch’s private time, but I am keeping her safe by making her live in a police state right? (wink wink)

The first thing she starts doing after I leave is DJing.  She goes right to the iPod player that plays her nighttime kiddie music, and changes it to songs she can rock out to.  She sings along and dances until she gets sweaty.

Then the light show begins.  She stores flashlights under her bed, and even has a few toys that light up.  Munch gets them all going at once, and then starts waving the beams around and choreographing a laser light show for herself… and whatever pothead stuffed animals are encouraging this behavior.

I think she then begins to trip out a bit because she starts talking to herself – mostly broken promises of things she wants to do in the future.  Eventually she passes out, and when I go up to check to see if she is okay I notice her outfit has changed, she has a random sock halfway hanging off her foot, and is lying upside down with drool cascading down her cheek.

Sounds like a pretty epic party night to me. 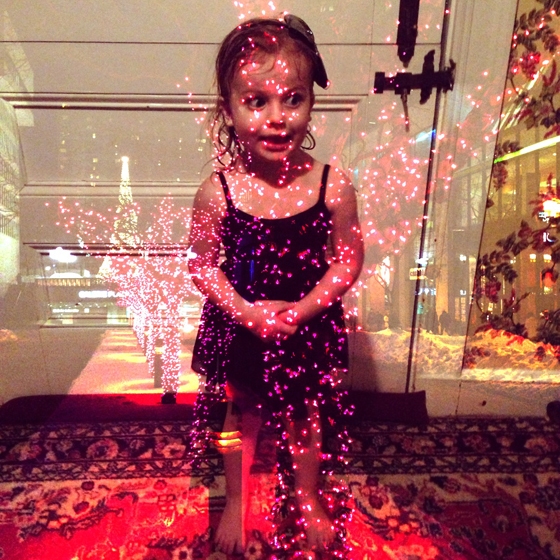