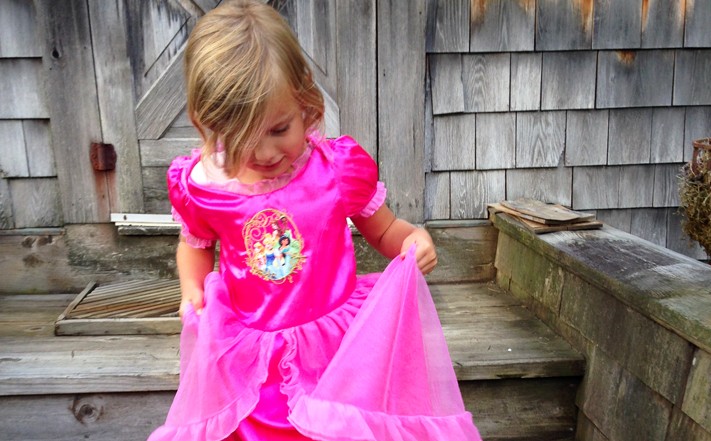 It turns out The Munch fancies herself a magician, and yesterday she put on a magic show for me. Here are some of her most famous tricks to date.

1) The transforming quarters: This trick consisted of her placing two quarters in my hands. She then had me “close my eyes.” While my eyes were closed, she replaced the quarters with two sunflower seeds. MAGIC!
2) The disappearing babysitter: This very tricky trick was executed by having me close my eyes, Munch taking her babysitter by the hand, and bringing then her into another room. When I opened my eyes again, her babysitter had disappeared. MAGIC!
3) The transmuting book: With this trick I was told to look at a book and then… wait for it… wait for it… close my eyes. When I opened them again the book was gone, and in its place was a bloody pencil that Munch had colored with red crayon. FUCKING MAGIC!

Later that night The Munch was asking me how I liked her magic show, and I suggested that maybe she try a few tricks that could be accomplished when my eyes were…. I don’t know… open!? That perhaps it would be more impressive if she could create an illusion that I could actually see. She took in this information, then looked at me with a stern expression: “But mom, when you close your eyes, that’s when the magic happens!” 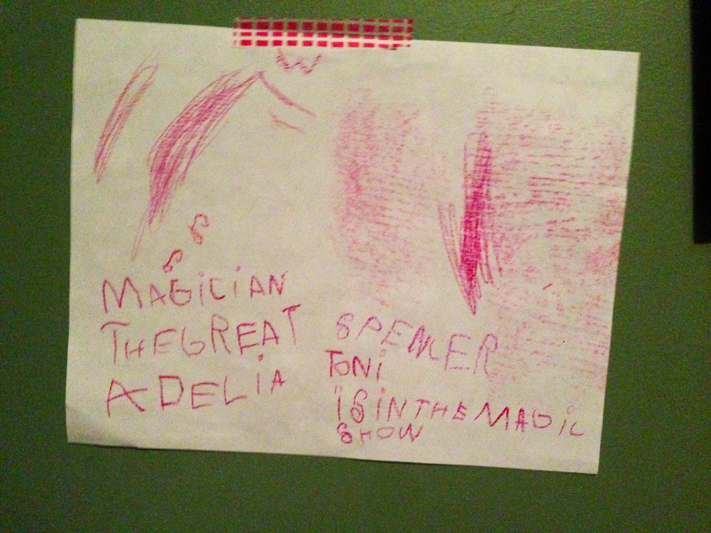 Previous post:
It turns out the Market is Over Saturated with Vagina! Next Post:
Getting Stoned and Being All One with The Universe