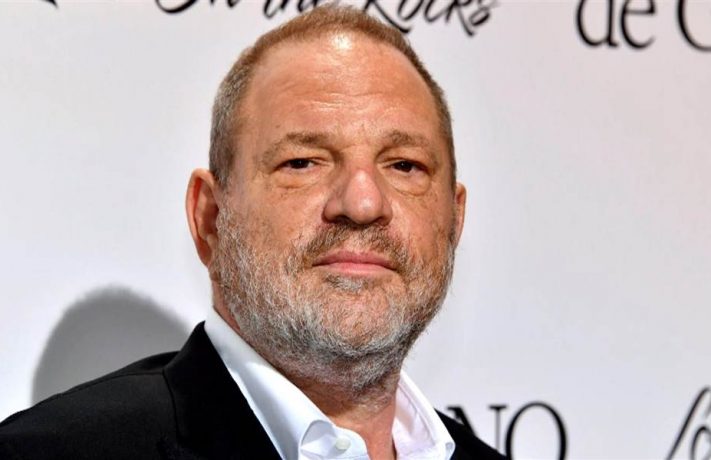 Wow. You guys. Life just keeps getting better huh! I mean every time I sit down to look at the news and see such great stuff like Harvey Weinstein masturbated at a woman, I think to myself, “Man, what a wonderful world.”

I mean, who masturbates at another person? How do people come up with this stuff? And what is the thought process behind this rational? How does someone’s brain start firing off the synapses that say, “Oh, huh. I see this woman is not interested in me sexually and is actively refuting my attempted physical invasion in this restaurant kitchen – a totally appropriate venue to try and fuck a stranger mind you. No worries. I’ll just pull out my flaccid pink dick, and then rub it really fast at her. After a good few minutes of furious hunched over tugging at my dick, it will spew some semen and pulse for a bit while still dripping cum onto the floor. Yeah. That’s a good idea. That’ll show her to not be not attracted to me.”

Can we just envision a female Hollywood executive cornering a young hot man with her aggressive advances, and then reacting to his rejection with, “Oh yeah, you don’t want me? Well I’m just gonna masturbate AT you then. Hold on a second. I just have to light some of these candles first. Maybe put on “No Ordinary Love” by Sade. Now I have to find my pillows. Wait sir, could you just lay down on the floor with me so we can maintain eye contact? I have to lie tummy down, but my pelvis has to be positioned just so. Wait, can you pass me one more pillow, I need just the right angle. Okay that’s great. Actually can you also go turn on the fan for me because I like to drown out my thoughts with the white noise? Okay perfect, thanks. Now I’m just going gyrate around like this for a bit, but make sure we keep looking into each other’s souls okay? Hold me.”

I’m sure women are not the only victims of high power executives in Hollywood wanting sexual favors in exchange for that great role in Alvin and The Chipmunks 7. This kind of culture is rampant in tinsel town. Men experience it too. I’d bet many men trying to “make it” also have stories of other men being sexual predators towards them. Men abuse men as they do women; it’s just even less talked about because there is all this gay shaming in our great nation. If you’re a heterosexual man you’re even less likely to talk about sexual assault from another man.

It’s hard for me to relate to the psychology of someone who gets off on abusing others sexually because call me old fashioned, but I kind of like it when my partner is genuinely attracted to me. I can literally think of a thousand better things to do with your dick rather than forcing it on someone who doesn’t want it starting with seeing if an M&M fits in your pee hole. Of course as we all know too well rape culture exists everywhere not just Hollywood, yet the fame of Harvey Weinstein makes this very common occurrence news worthy.

But here’s my question. Were you surprised when you heard that Harvey Weinstein was a rapey monster? Nope. I don’t think you were. Your reaction was probably a lot like mine. “Yeah that makes sense. I can see that.” His face looks like a banana peel. Rich and powerful men that didn’t get laid in high school are primed for a lifetime of exploiting their money and influence to exploit women. We’ve seen this before.

What I am surprised about, but shouldn’t be, is that fact that his wife is NOT STANDING BY HIS MOTHER FUCKING SIDE BUT INSTEAD IS STANDING WITH THE VICTIMS!!

Georgina Chapman recently said: “My heart breaks for all the women who have suffered tremendous pain because of these unforgivable actions. I have chosen to leave my husband. Caring for my young children is my first priority and I ask the media for privacy at this time,”

Is it sad that I am astonished by this!? Hell yes! My shock at her leaving him is sadder than my lack of shock that jerk off Harvey was jerking off on people. How fucking tragic is it that I was more astonished by her actions than his?????!!!!!!!!!

So many women have loyally STOOD BY their dick face husbands when accused of rape. Even one woman is one woman too many.

The trauma of sexual assault doesn’t end with the event happening to you, but continues as you suffer the constant questioning of your story. If you were robbed no one would ever ask you, “are you sure you were robbed?” or assume you were lying about being robbed for attention. There also wouldn’t be this covert public acceptance of, “well, sometimes you just have to be robbed to get what you want.”

It’s one thing to have to relive a horrific event in your memories; it’s another to have your painful experience then doubted by others. That must not only exacerbate the pain, but also dig it in even deeper. One of the worst experiences is when someone thinks you’re lying when you’re not, and when it comes to sexual assault, there will ALWAYS be a population of people not trusting your side of the story because you might just be admitting this deeply humiliating incident because you wanted to be in the papers. You know how ladies LOVE getting press about rape. It’s so good for their personal brands and all.

Everyone who is openly standing against Weinstein is sending a crucial message. That message shouts out to all the victims of sexual assault who felt they couldn’t tell their mothers of their experience with incest because they feared they would be blamed for their father’s abuse. These words speak out to all the women who held in their suffering because the horror of not being believed was too much to risk. It speaks to all the women who exposed themselves and their pain by pointing out their assailants in the face of being interrogated as if they were asking for it, or acting as if their assault wasn’t really that bad.

Now this is a big but. SOOOOO MANY PEOPLE were complicit to Weinstein’s horrid ways, including his wife. There is no way she didn’t hear the many rumors about her husband, because it turns out that fucker’s fuckery was the talk of the town for the past 30 years. TONS of people covered up his actions because they’d rather work with him than against him. Again, maybe I’m just a stickler, but it wouldn’t take a media frenzy for me to look into my husband being a raper. I would just have to hear one whisper of his raping ways, and you bet your sweet ass I would figure out if that shit was true… which it PROBABLY IS BECAUSE THE PERCENTAGE OF FAKE RAPE ACCUSATIONS IS PRETTY DAMN LOW!

At this point anyone defending Weinstein looks like an idiot, so yeah, it’s on trend right now to distance oneself from his rapey reputation. I can’t get too Pollyanna about Chapman leaving him, or any of those people finally coming to the side of the victims. Too many of those same people not only turned another cheek, they rotated it all the way around like Reagan in the exorcist. That also sends a goddamn message to all the rape victims out there that tried desperately to get help and told someone they hoped would care that ended up plugging their ears instead.

Men raping women is one thing. The hundreds of people that sit by and do nothing as men rape women is another thing. The fact that money, power, influence, and movie studios buys your capacity of being able to force yourself on others while everyone around kind of knows but what are you going to do about it…. says a lot about how much we value these things. No one was taking personal responsibility about knowing Weinstein was a raper just like he wasn’t held responsible for his raping ways.

It took 30 years and many settlements to take this dude down, so it’s not looking good.

Maybe the only way things will change in the future is if people who aided and embedded this asshole are also charged. The type of person that is pathological enough to rape someone is pretty far gone psychologically, but the bystanders who let it happen are kind of just regular people. If we can’t stop maniacs developing that would feel entitled to rape, we can for sure put the fear of god in anyone who knows and does nothing. People get charged with being an accessory to a crime when it comes to murder, so why not sexual assault?