Maybe We Should Get to Know Each other BEFORE Getting Naked? 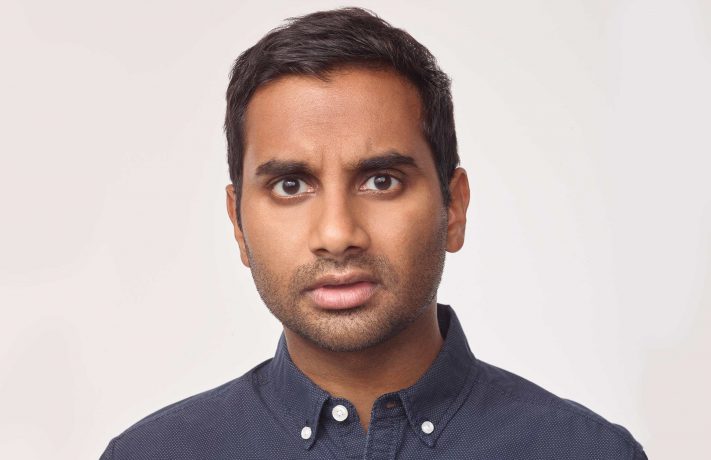 Toni: I totally forgot about that attempted rape!!!!

That was an actual sentence that came out of my mouth last weekend. I wasn’t trying to be flippant – it was just an authentic reaction to a memory I hadn’t thought about since it happened. Not because I was repressing trauma (I don’t think) but more because it was just one of so many times where a man tried to sexually violate me that I swept it under the Persian rug of my consciousness. I got away, and nothing happened, so why file it in the memory banks? That’s how many #metoo moments a lady can have. So many, you forget about the ones you escape.

Sadly, not every time I was in a creepy situation with a guy did I feel tough enough to scream in his face, “I’m going to cut off your dick and eat it” – too many times I felt the opposite. I have plenty of memories where I felt unsure and unsafe. I acquiesced. I resigned. I did things I didn’t want to do because I didn’t have it in me to yell about chomping off penises. This is the problem with the gray area around sexual assault. The story that Aziz Ansari is currently the unwilling ambassador of. The encounters that leave a woman feeling sexually violated even though she wasn’t held down with a gun to her head, and the man is left confused, not believing he did anything wrong. I think in Western American culture we have come to a common understanding of what violent rape is, but we have no idea about the massive spectrum of harm against women that is now dominating the conversation.

WE NEED TO TALK ABOUT THE GRAY AREA!!

Not just us ladies. If men want to stop getting accused of being rapey they’ve got to be open to understanding why shit feels rapey. Probably a lot of men are thinking right now, “Shut the fuck up… just shut the fuck up about all this. Your feelings make me uncomfortable so stop sharing them. Shut the fuck up and take it.” Well, we have. We’ve shut the fuck up for thousands of years and now we’re done being quiet.

Women are trying to talk about it, and that is actually the MOST important part of this movement. Sure it sucks for these public figures that are now becoming the reluctant figureheads of these dialogues. It may not feel fair to some that Aziz is experiencing a massive public shaming for behaving in a way that millions of men do daily. But you know what else isn’t fair? The millions of women getting raped at this moment across the world. Life isn’t fair. It hasn’t been fair for women since the dawn of the patriarchy, and it hasn’t been fair for most men either. Some men that aren’t technically “bad” men are going to go down, and yeah, it’s a real bummer for them – but it’s also the ONLY way men will listen. I think many of us feel conflicted because who wants a seemingly benign dude like Aziz to be the poster boy for sexual assault? Especially when what he did feels so relatable to so many? Trust me, I’d rather have a white piece of shit like Weinstein continue to be the face of the #metoo stories because I hate the racial undertones. Yet Weinstein was such a monster that most men were like “Shit, I’m not like that mother fucker so I must be okay.” The reality is that these more common stories have to be the ones we’re paying equal attention to even if they lack the obvious violence of the Weinstein style rapes. The more men identify with Aziz and his story the more men will develop a greater curiosity to understand what all these “lady feelings” are about when it comes to sexual assault. The more men that burn in fire of this flaming desire women have to be heard, the more men will wake up and listen.

This is not a bad thing. This is actually really important for men, women, intimacy and culture. I think we’re actually evolving, or at least the process is in front of us. Yet the question shouldn’t be “why don’t these women just leave if they feel uncomfortable,” but rather “why aren’t men curious about the woman’s sexual and emotional experience?”

Of course there are instances when husbands rape their wives. There are countless stories of someone you know raping you. This happens too. Knowing each other will not stop all rape, but it will have an impact on these millions of confused moments between strangers. In modern western “hook up culture” having sex with a stranger has become normalized. Yet there are MANY problems with this expectation that you should get naked with someone you barely know. One major issue is that you have NO idea their sexual history or experience with trauma. When you don’t know a person, you have no way of knowing if they are fucking you because they want to, or because they have become psychically paralyzed and are trying to get away from you but don’t know how. Our personal histories contribute to our sexuality and how we react to situations that feel violating. Not every person that feels scared is going to speak out and let you know. Sometimes they are too petrified to say how terrified they really are. If you don’t know them, how would you have the emotional intelligence to pick up on their energy? As a man, isn’t that something you want to know?? Don’t most men want the woman they are with to genuinely want them? So if men like Aziz Ansari don’t want women to blog about them publically and tell their #metoo stories when they think they were just having a good time, they might actually have to get to know women before fucking them.

Is this a bad thing? I don’t think so. Women are actually pretty interesting. We are worth getting to know. Yet we live in a culture that treats people as if they are disposable. Both men and women have become so accustomed to fucking strangers that the expectation to connect to a person intimately is no longer a pre-requisite of sex. We have stripped all the humanity from sex when we continue to refuse to actually know each other, know each other’s pain, and have curiosity for who we actually are. I’m not suggesting we expect each other to live out a Jane Austen novel, but rather, I don’t know… start developing a more patient and curious dynamic with the people we plan to share our bodies with? We’re more willing to expose our genitals to someone than we are our hearts.

Sure the occasional one-night-stand can be fun – but that still needs to be a respectful encounter where BOTH parties are pretty clear of their intentions. This means that rather than using another person’s body to masturbate with, we actually have to have a real conversation making sure the exchange is mutual. Call me old fashioned but my best sexual experiences are when the guy I am with is interested in my experience with him. He is caring and aware of not only my pleasure, but also checking in if what he’s doing is okay. What makes the scene hot is his genuine interest in me as a human, even if I never see him again. And guys, wouldn’t you rather air on the side of caution??? Let me tell you something, when I want a guy, I fucking make that shit known. If I’m going to have a one-night stand, I’m goddamn ready to do that. I promise you – the type of woman that’s down to fuck for the night is the type of woman that will go after you. There is no need to push yourself on someone feeling timid because that’s a sure fire sign that she’s NOT INTO IT!

There are too many instances where men are caught off guard by how they make a woman feel during their sexual encounter. The apology of Aziz is maybe the most disturbing part of the story – how these two people were on SUCH drastically different pages regarding the same event. Him thinking she wants it, her feeling assaulted. Him believing that because he texted her a few times and took her out to dinner that he was being a gentleman, her feeling used and abused. The most crucial part of this narrative is how almost every woman and man in this country can relate to it. We’ve all been there, so now we all can talk about it.

Texting someone a few times is not getting know someone. We pretend it is because so much of our communication is now through that medium, but a text convo is not going to build trust in an authentic way. Having a “text” relationship before a date is NOT building the intimacy necessary to be respectful during sex. For her to be able to say “I am uncomfortable” and for him to actually hear that. I know Aziz doesn’t want to think of himself as rapey, but he also wasn’t interested in this woman’s pleasure. He wasn’t interested in her mind. He wasn’t shoving his fingers down her throat while asking her what her favorite book was, or if she was close with her father. When women are objects of sex for men, there is no reason for men to try and understand who women are. I’m sorry to say this guys, but women are kind of sick of being sex dolls.

Everything about modern culture is actually tearing us away from each other. Most porn is a psychological barrier objectifying women and sex. Social media is a physical barrier fooling us that an online community is as valuable as real life interaction. The patriarchy is the ruling system dividing the genders and creating power dynamics that affect every facet of how we interact. We can’t talk about rape culture and #metoo moments without deconstructing the societal infrastructure that supports this complete lack of genuine connection. The complicated reality is that for men to know women, they also have to know themselves. There is no more avoiding the self. The day of reckoning has come. We are all victims of culture, yet we all have to take responsibility for our actions.

So I know guys – it’s hard. But think of it this way. If every man had to suffer the social consequences of being sexually inappropriate with women then holy shit we’d have to restructure the entire planet because there is a lot of them. All those high powered 1%-ers, those lizard people politicians and executives would no longer be in power. Men in all industries would fall. It would be kind of amazing. Maybe this is what all people have been waiting for? Our current society is fucked as fuck, on the brink of nuclear war, and in the midst of environmental mayhem. I am willing to bet my left tit that 99% of the top 1% of men that are currently destroying all hope for humanity have sexually assaulted women. So if this #metoo movement means these dudes lose power and a new infrastructure must be formed in it’s wake then actually… everyone wins!

Previous post:
Why Do I Let People Draw On Me? Next Post:
The REAL Reason Women Get Their Periods