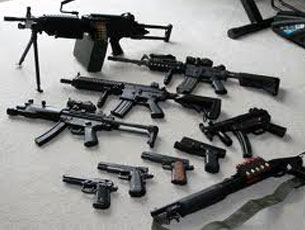 Gun control is obviously a hot issue right now, like autism and rape.  Sigh, what a wonderful world we live in.  The right to bear arms is a constitutional amendment, which is weird because I just want to have regular human arms.  And besides, what does cross species genetic mutations have to do with guns anyway?

I live in New Hampshire, where we live free or die.  Seriously. It says that on my license plate.  We are not fucking around here.  People are really into their guns in this red-neck of the woods, and don’t want the government taking them away.  I don’t think it is just the idea of owning a weapon that is the seduction, but more what guns have come to represent in the American psyche.

When the constitution was written, the technology of weaponry was not that advanced.  I mean I guess there were cannons, but guns were still a really big deal when it came to combat.  If you had a gun, you could defend yourself from not only your neighbor, but also your government.  There was basically a semi level playing field.  The symbolic gesture of owning a gun meant you could feel comfortable allowing the government to govern you, and relinquishing personal power to a greater institutional schema because there was always the possibility for revolution.  Meaning if your government became a tyranny you could organize, rise up, and fight for your freedom back.

I think that people are still really attached to this idea.  Whether you are a right wing extremist, or a left wing conspiracy theorist who believes we are living in a police state, there are many that feel uncomfortable with the police or the government having guns and the public being disarmed.  Okay, I can get that.  But do you really think the best weaponry the government has right now is guns???  We live in a country where our military budget is 42% or the entire global military expenditure! The US spends over $1.5 trillion a year on different ways to kill people!! Are some assault riffles are going to make a shit bit of difference when a drone attack is in your living room, or a nuclear bomb goes off in your bathtub?

My point is, we are not only living in a police state, we are living in a police world, and the US military holds all the power.  If the American people really wanted to dissent with some guns as their means of defense, the government would laugh at our silliness as they dumped chemical warfare all over our faces.

If people think guns are making them free then they haven’t read the patriot act, or watched any video footage of peaceful protests lately.  I feel like the only reason the government is even entertaining the conversation about gun control is because people are impassioned and involved because they don’t want any more mass shootings and horrific deaths.  And the more the government takes the conversation seriously, the less we will think about the fact that we are completely at their mercy.

Anyone that really believes holding onto their assault riffle is going to protect them from the government is in such deep denial of the obvious advancements in technology and needs to acknowledge we are no longer living in 1789.  And if you want a gun to protect your family, I can understand that, but maybe we should talk to the government about getting some of those drones to do that for us. They could be like pets, that our kids love but mutilates anyone who threatens them.  Awwwwww that is sweet.

(Here  is one of DARPA’s drone dogs… just like a puppy!!) 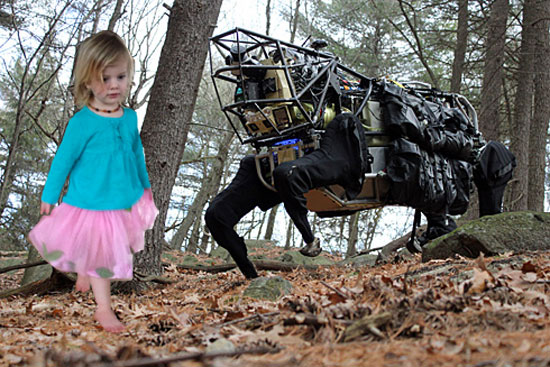 Previous post:
I can’t feel my hands! Oh wait, have sex with them… now I can Next Post:
My Kid is a Tattle Tale