Lord of the Flies Birthday Party 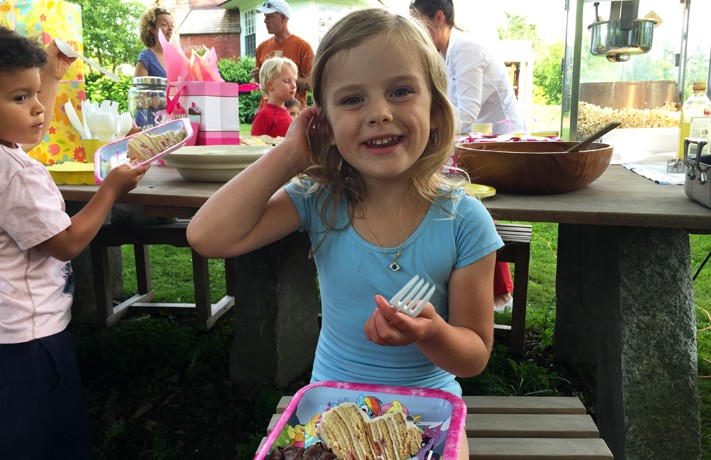 My birthday is December 29th. Officially one of the worst birthdays a human can have. For one, nobody remembers. In the days before Facebook walls (where casual acquaintances can now celebrate the day of my vaginal emergence), for most of my life, people only remembered my birthday because I made them. Also, no one wants to party with you on the 29th of December. They are always like “I’m burnt out. Christmas just happened. New Years Eve is coming – and it just isn’t the right time to do a bunch of ecstasy.”

When I was a kid I never got to have my birthday during school. Never got to bring cupcakes to class and have all my friends serenade me. None of that. NONE!!!!

Also, my dad always had to travel during that time for some academic nerd conference, so my mother, brother, and I would have to tag along. This meant the majority of my birthdays were spent in some strange city like Dallas Texas, usually at a museum. My mom loves museums, and for some reason especially on my birthday. Do you want to know how many museums I have gone to in my adult life? NONE!!! THAT’S HOW MANY!!!!! BECAUSE I FUCKING HATE MUSEUMS NOW!

I had ONE birthday party that I can remember. ONE! It was in the 5th grade, and I invited the whole class. Okay fine, that party was actually pretty amazing and my parents totally killed it. It was a dance party to some pretty epic 90’s hip hop, and we took any excuse to “slow dance” with each other at the proper distance of an arms length away. It was pretty hot. Trust.

So needless to say I am kind of obsessive about birthdays, and am totally living vicariously through The Munch. When she said she wanted a birthday party where she invited all her little friends I said, “YOU BET!” Forget the fact that I have social anxiety disorder and don’t like being around groups of people. If you want a birthday party you are getting one kid. Even though I pretty much have no idea what I am doing, and The Munch was lucky I remembered to make everyone pizzas AND quinoa salad because I am kind of going through a narcissistic manic phase right now.

I figured a fun thing to get for the party would be a “Slip and Slide.” Why did I think that? Because I never had one, that’s why. But you guys… I didn’t have any other plans beyond that. A “Slip and Slide” was all thinking I did. I assumed the kids would come, and then they would shoot themselves down a slippery tarp – end of party.

After all the children arrived, someone asked me “Do you have any activities planned for the kids?” And I was like “Uhhhhhh for them to throw their bodies into cold water… Is that enough?” And they were like “What about activities or games they will play?” and I was all “Uhhhhhhh no?”

I guess I was going for a more “Lord of the Flies” theme. It was my thinking the kids could govern themselves, and figure out what to do on their own. I was way to self-conscious to do any, “Come here kiddies while we slap this tail on a donkey’s ass… but don’t put it in the crotch area because then all the adults will be really uncomfortable.”

And you know what? Without any interference the kids formed a line for the “Slip and Slide”, and totally ruled themselves. No grown up ever said anything to them. When it was time to eat, they all had their pizza and veggies, played their own weird kid games, and then I let them all have cake, brownies, and lollipops they wanted. Because fuck their parents its not my problem now y’all are leaving soon! HAVE ALL THE SUGAR YOU WANT!!!!

Btw, I was SUPER popular! Drug dealers usually are…

I never had Munch open her presents because that is another thing that makes me uncomfortable. I’m not yet convinced of Munch’s acting skills, and needed her to like every present with the same enthusiasm!! And you know what? She had so much fun at her party, she totally forgot about her presents. We opened them days later so she could appreciate each one, and not just have this barrage of stuff she couldn’t connect to. I kind of think that’s the way now – spread it out over a few days so she can actually appreciate all the thoughtful presents people got her.

I think next year I’m not even going to be there, and just rent an island for the kids to roam free for a few weeks.

(PS I did NOT make that cake… Munch’s old baby sitter Sexy Liliana did!) 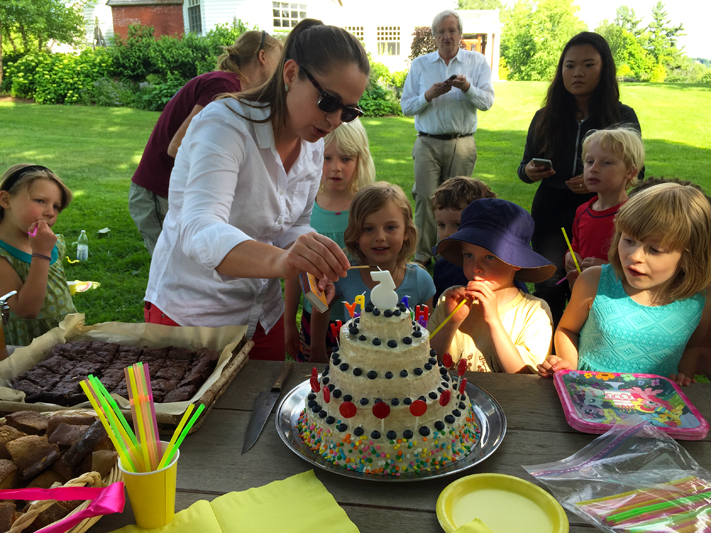