Let’s Get Real Intimate about Intimacy 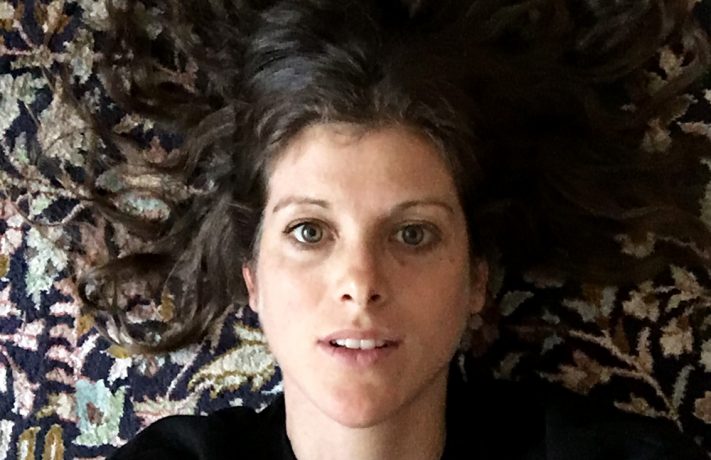 The other day I was in the shower debating whether or not to shave my legs, and then remembering… Who cares? No one eats out my legs! I was listening to music, and the song” Elenor Rigby” by the Beatles came on my Pandora radio station. After it was done, my brain immediately started singing, “When I wake up early in the morning…” because “I’m Only Sleeping” is the next song on the Revolver album. Then it dawned on me… HOLY SHIT I AM THE LAST GENERATION OF HUMANS TO HAVE LISTENED TO ENTIRE RECORDS!

I grew up in the 80’s, and sit right on the cusp of Gen X’ers and the Millennials. I may be one of the fastest texters this side of the Mississippi, but I also had a Walkman and know what the fuck a fax machine is. I have a relationship to technology that is of course foreign to my grandparent’s generation, but my connection to machines and the services they provide was very intimate.

When I was growing up we didn’t have the access to variety that there is today. There was still an element of sacredness to technology and the media it provided. Entertainment was something I had to patient for. I had to wait until Saturday morning to watch cartoons – then hold my pee until a commercial came on so I didn’t miss a second of “He-Man.” If I liked a movie, I watched it again, and again, and again, and again because it was all I had – a VHS cassette. I didn’t have streaming or downloading. I saw “Annie” over 60 times, “Wayne’s World” well over a hundred, and I could recite “Dumb and Dumber” and “Pee Wee Herman’s Big Adventure” word for word right now!

When I got a tape – like Billy Joel, Paul Abdul, Public Enemy, The Police, Led Zeppelin, Michael Jackson – I would listen to it thousands of times. I knew the lyrics to every song, which song came next, and what songs were on which side of the tape. The music and movies I loved implanted into my soul. To this day I quote “Zoolander” at least 8 times a week. The cultural references I share with those of my generation runs profoundly deep. There are so many inside jokes we have because most of us were so limited in what media we had contact with. We all saw “Dazed and Confused” at least 10 times, and will say “Alright, alright,” to perfectly express ourselves in a moment. We didn’t just consume media; we embedded it into our psyches and personalities.

Our attention spans were more focused because we had less to pay attention to. I had access to similar distractions we battle with today, but it was less distracting because I had less variety. I was forced to be focused within my escapism. I played computer games, but I had two to choose from. You bet your sweet ass I killed at “Frogger,” because I spent 10,000 hours playing it. I still know what every single level looks like in “Super Mario Brothers.” If I could have built my career around saving a Princess by jumping on the head’s of turtles, I would be a goddamn millionaire.

Yet now, with our immense and immediate access to media, it passes through us like dysentery. Nobody listens to entire records or obsessively watches the same film over and over. There are too many options. We live in a disposable culture where nothing is meant to last. We swipe through humans like we do videos to watch.

Our relationship to technology doesn’t exist in a vacuum. It is a direct reflection of our psychology. In the 50’s we had the expectation of our appliances to last for decades – much like our marriages, and our careers. Now in modern times we expect all of those to break down. It’s no more shocking to replace your dishwasher than it is to trade in your husband. There are no more lifetime guarantees and we don’t even really care anymore.

The manifestation of what technology has turned into is in direct relationship to how we view each other. We are so over stimulated that actual stimulation feels boring. The result is a rampant lack of intimacy that is spreading through society. We feel connected through our social media, but we are physically connecting less and less. We hang out less, have dinner together less, leave our houses less, and look for sex less.

Millenials are having less sex than any generation in the past 60 years!!!! I know!! We all thought they were fucking their way through their hook up culture but no! They are in front their screens because their virtual world is safer, more predictable, and easier to control than the real one.

There is no turning back from what we have created, and we know this. The momentum is propelling us forward at lightening speed, and there aren’t enough scientists to study the impact all this will all have on our brains and psyches until the damage is done. We don’t know what we are evolving into, but it’s happening rapidly.

So why does intimacy matter when we can Skype across the world and connect on those terms? What does sharing physical space provide when we can transcend space and time through our keyboards? Why fuck when we can watch other people do it and spare ourselves the emotional and actual mess?

BECAUSE IT DOES MATTER!!!

When we let go of our intimate connections to each other we are easier to control. When you see more people on screens than you do in real life – then what differentiates them from the characters of fiction? They become vague representations of people, so why care about them? If we had to look Syrian refugees in the eyes we would be WAYYYY more prone to take them into our country and actually do something to help them. But a suffering face on a screen is more abstract, so essentially easier to ignore.

The reason it matters that people are having less sex is because sexually frustrated humans don’t think straight!! Why do you think religion is always trying to control sexuality? The religions with the MOST restrictions around sex are the ones that are also the MOST prone to war. Men who are not getting laid excess testosterone running through their veins so they’re easier to manipulate into violence. Keeping us away from sex doesn’t make us more loving – it makes us more volatile.

When people honor intimacy and sexuality they are more likely to value humanity as a whole. When you are touching, biting, and kissing another human on the regular, than you are reminding yourself that people matter more than material objects. BLACK LIVES MATTER YOU GUYS and if you were having more intimate connected sex you wouldn’t even question that!

Sexuality in our current culture is being broken open, examined, and redefined. We have a major opportunity here to awaken a new understanding, but we have to do so with intentionality and care. Systems are raping the earth much like the rampant raping women, and its all a symptom of a similar lack of respect. Rape culture isn’t about sex, but more about power and the dehumanizing of women. If we took a step back and looked at society, our lack of intimacy with everything is at the core of so many of our issues.

We are facing political, social, and environmental crisis… these are scary times, but withdrawing from humanity isn’t going to save us. Diving in will. We need to get dirty together, and be dirty with each other. We have to remember that human connections are not simple algorithms and even though they leave you vulnerable, they can’t be replaced with microchips. I don’t want to live in a transhumanist nightmare, and they only way to avoid that is by prioritizing intimate connections in every facet of our lives.