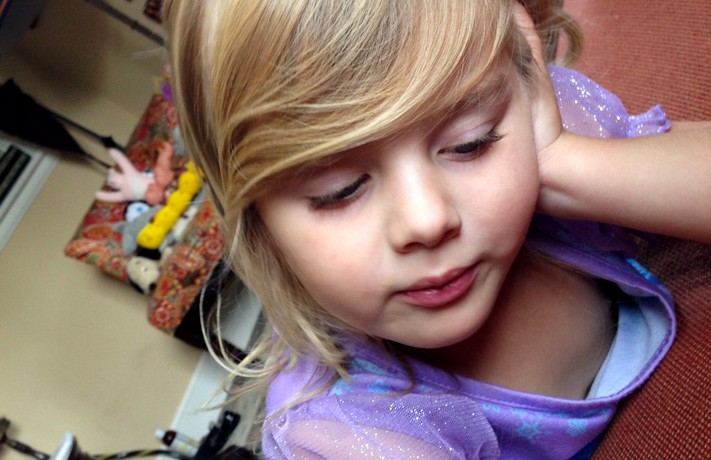 My kid is privileged. Not like Kim Kardashian’s daughter North West or anything… she doesn’t have $100,000 diamond earrings, wear designer Diane Von Furstenberg wrap dresses, of have birthday parties where a giraffe does cocaine off a hippo’s tits. We don’t have it like that. But The Munch lives in a house where she is fed, warm, and has plenty of toys. She attends a wholesome school where they learn what acorns are made out of, and the biggest stress of her day is not getting to eat as many cookies as she wants. Compared to the vast majority of the world, pretty sure she has it fucking made.

I know there is only so much you want to expose your 4-year old to regarding the tragedies of the world – but I also don’t want The Munch to be an entitled little shit who doesn’t understand how lucky she is. There is innocence to childhood you don’t want to corrupt, but letting your kid believe the world is exclusively a benevolent place can also be corrupting. There is a delicate balance between being truthful, and just traumatizing. I don’t think I need to explain the horror of child brides in India, but I do think we can talk about sweatshops making crappy plastic toys she doesn’t need. I am not trying to make my kid fear the world, but I do want her to have a realistic perception of it.

I try to make these conversations authentic, and come up when appropriate. It is not like I put her to bed at night and whisper in her ear, “sleep well sweetheart… and just remember 90% of the indigenous tribes in the Amazonian rainforest have been destroyed, and every 2 minutes someone in the United States gets sexually assaulted. Nighty night.” Yet there are many opportunities to talk about complex issues and give The Munch some perspective.

I try to provoke exchanges that help Munch understand that the world does not exist to serve her every need. No dude, you cannot keep the water running in the bath just so you can fill cups with the “waterfall.” Water is a precious resource and we have to respect it. There are children who have to walk miles to get access to water. Yeah running water is fun to play with, but once the bath is full, you have to shut it off so you don’t waste it. Fine maybe this comes to bite me in the ass when she insists I wash dishes with only a stream as thick as a pubic hair, but at least she has got the right idea!

The Munch and I can talk about resources, environmentalism, the economy, whatever – it just has to be in a context that has meaning to her. For example, she loves to eat candy so we can debate how certain candy has a lot of chemicals, and that is why we don’t buy that kind. The chemicals are bad for your body, unfairly compete with farmers who grow organically, and make the ground all yucky. I don’t have to say how Monsanto products cause cancer or factory farmed meat comes from animals who lived in torture chambers and then were mercilessly murdered – but I can say that meat didn’t come from a happy cow, so lets find another kind.

Kids are way smarter than we think, and they do have a sense of empathy even if they are mostly driven by their egos. They are kind of like men in that way. JUST KIDDING! There was one afternoon when Munch and I talked about homelessness, and she wanted to know if there were any children that didn’t have a house to live in.

Munch: Who are they mom? Do you we know any of these children?
Toni: No we don’t know them, but there are millions of them in the world.
Munch: Can we see them?

So we went online and looked at pictures of homeless children, and talked about why some people have money, and others don’t. It is not like we discussed major economic theory or the Federal Reserve, but she does understand the concepts of selfishness, and greed.

Toni: Certain people have so much money that they are able to ensure that they keep making more money. Once you have a bunch of money, it is easier to maintain because you are running the businesses that make all the money. It isn’t that there isn’t enough money to go around; the problem is the way it is distributed. The people who have the most want to keep the money for themselves, and not share it.
Munch: Why don’t they want to share? Didn’t they go to school and learn about how it is important to share?
Toni: Well they did. But it isn’t just about the money. Money also means you have power. And people want power.
Munch: But is the power more important than children? Why can’t the people with money give money to the children so they can have houses?
Toni: Well, that is a good point. But it isn’t just the people that need to change. It is also the systems.
Munch: But who makes the systems?
Toni: The people.
Munch: So pretty sure the people just need to change – then there will be no more children who don’t have homes.

(Turn off that fucking bath water!!) 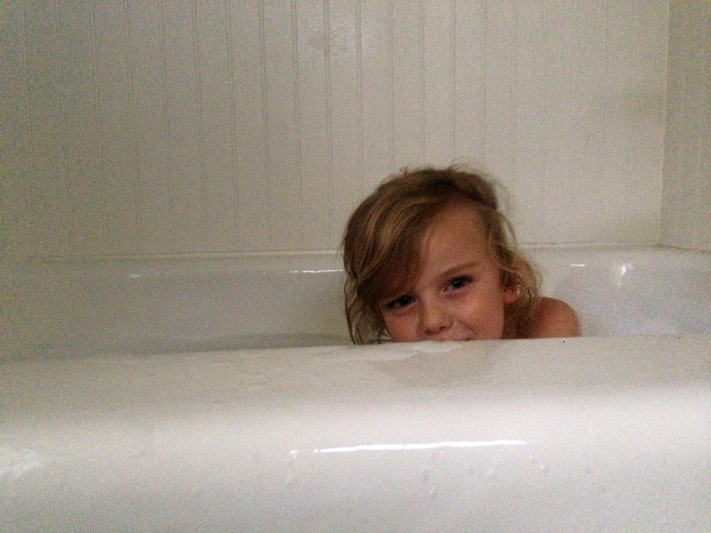 Previous post:
Breaking The Internet With An Ass Next Post:
Can You Sprinkle Some GMO’s in my DNA?