Is It Okay That I Want To Punch Suri Cruise in the Face? 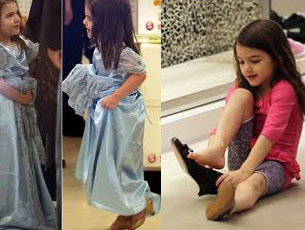 In my heart, I know it is not right to fantasize about dropkicking a child. I am well aware of the possibility that there might be something seriously wrong with me. It is not that I can’t stand Suri as a human being, because I don’t know her, it is what she represents that I detest.

It is like Suri is the iconic embodiment for excessive American consumerism. There is nothing discreet about the fact she has already spent more in her few years on the planet than most people in their entire lives. If Suri Cruise is not the human manifestation of the misdistribution of wealth, then I don’t know what is.

Maybe it is her million-dollar shoe collection? Or the fact that every picture I see of her she is shopping? Maybe it is because she is being so overtly conditioned into the stereotypical girl adorned with lipstick, heels, and the perfect polka-dot dress. Or the fact that she dresses better than me? Maybe I am totally reading into something I know nothing about, but I feel this moral vacancy shining off the pages of Star Magazine, mocking my contempt. I am not saying any of this is rational, and there is great potential that I am just jealous of her, but something about the way she is presented makes me want to barf.

What am I doing reading trashy magazines you may wonder? Maybe it is a morbid fascination with those whose lives look infinitely funner than mine? Maybe it is the same thing that makes me think everyone on Facebook is happier than me and has a better time on vacations? Something about me wants to compare my life to pictures, and those pictures of Suri haunt my very moral fabric.

Mind you, is not just because she is rich and has glamorous parents. I love Shiloh. I think all those like Brangie Brats are actually quite endearing. I would let The Munch play with them. But not with Suri my friends. Not with Suri. She probably would punch The Munch in the face for having such a bitch of a mom and then not let her try on her Louis Vuitton purse.

But all judgment aside, the compassionate part of me feels for little Suri. She looks like she has never climbed a tree, or played in a puddle, or eaten her own boogers. There are hardly any pictures of her smiling. Maybe deep down in her Suri soul, she knows that her parents are wack for socializing her to look like such a little shit. Its not Suri’s fault. Maybe we should start a campaign to free Suri and let Brangie adopt her so she can live her bliss and feed her humanity! 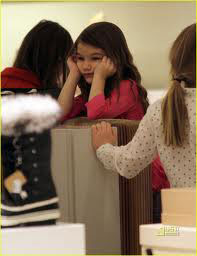 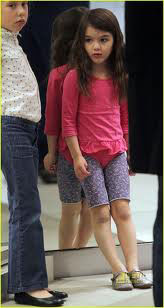 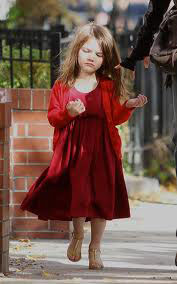 PS According to my Mom, Kourtney and Scott should stay together, because the Kardashians really suck ;o)