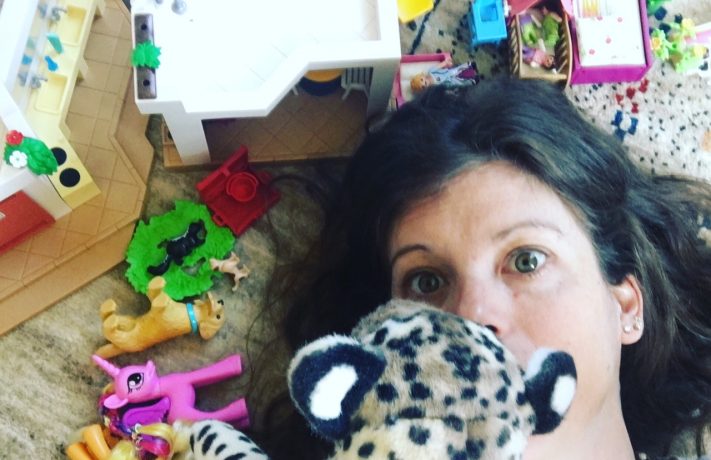 It’s really hard to play with my kid. My brain has been corrupted by adulthood. I no longer have an imagination that can travel off to distant lands where vampire kitties can fly. I don’t know how to lose myself in a fantasy world because the so-called real world in front of me is so goddamn consuming. All my imagination has transmuted into anxiety about the end of humanity and trying desperately to envision a future where I no longer torture myself with endless craving. HAVE I MADE IT YET?

Playing with The Munch is challenging. As she’s busy making up a world where bunnies pick daffodils made of sugar, I’m instead obsessing about how Mitch McConnell is to blame for the Trump presidency. I can’t lose myself in the moment, and keep trying to make the chipmunks talk about universal health care.

It’s my own fault though. When you have an only child, you end up having to play with them more than if you had more kids. In many ways having one kid is MUCH easier as a parent. I have more freedom. It’s easier to find childcare. If I asked you to watch my one kid for the afternoon you’d most likely say yes. But if I asked you to watch my 3 kids for ten minutes you would probably lie to get out of it right? I think there is a major misconception that having more kids doesn’t make that much of a difference because you already have one – so why not add a few more? NOPE WRONG! The difference between having one kid and two is almost as profound as having zero kids and one. The amount of need you deal with is added exponentially with each kid. The equation is something like one child squared to the 10th power.

Yet when you have a bigger family, the kids are more of a pack. They play together leaving you more free time to yourself to clean up after them. I don’t have that. Lucky for me The Munch has many friends and plenty of play dates, but there are inevitable moments where she looks to me to be the one to act out scene 7 of the mermaids that are astronauts’ saga.

But you guys…. I think I have the answer to satisfy my inability to free my mind from the burden of hyper awareness about the destruction of world, and my daughter’s insistence on playing with me… a solution besides getting really high I mean.

These games have been a profound journey because I get to learn what my 6-year old thinks about political policy. It is both equally awe inspiring and depressing.

The Munch: Okay so Ariel the mermaid is a princess, so that means she’s royalty.
Toni: What does it mean to be royalty?
The Munch: It means you have to be kind and gentle and you have to like solving problems. Oh, and you have to love everybody.
Toni: How do you become royal?
The Munch: Well Ariel’s dad was royal and his dad was royal and his dad was royal and his dad was royal…
Toni: Who was the first royal person though? Why did they need royalty.
The Munch: Because everything was so confusing and the mermaids wanted someone to help create solutions to problems.
Toni: I see. In the human world royalty is kind of different – so I like what the mermaids are doing.
The Munch: What do the human royals care about?
Toni: Mostly power, that’s why the humans have so many wars.
The Munch: The mermaids have wars too. But they are silly wars.
Toni: What’s a silly war?
The Munch: Well, there are no weapons because they are too dangerous. They don’t want to hurt the other animals or fish in the ocean with war and weapons. So it’s a splash tail war. They just splash each other with their tails on the top of he water… like this.
Toni: That makes a lot of sense.
The Munch: So how were the first people made?
Toni: How do you think the first people were made.
The Munch: Ummm I think there was a ghost lady that has always been here – she’s never been born or anything. And that ghost lady created all the people and the earth and the planet and the stars and the mermaids.
Toni: You’re probably right.

This is the set up for tonight’s game. It’s called “Hey congress, rape is not a pre-existing condition.” 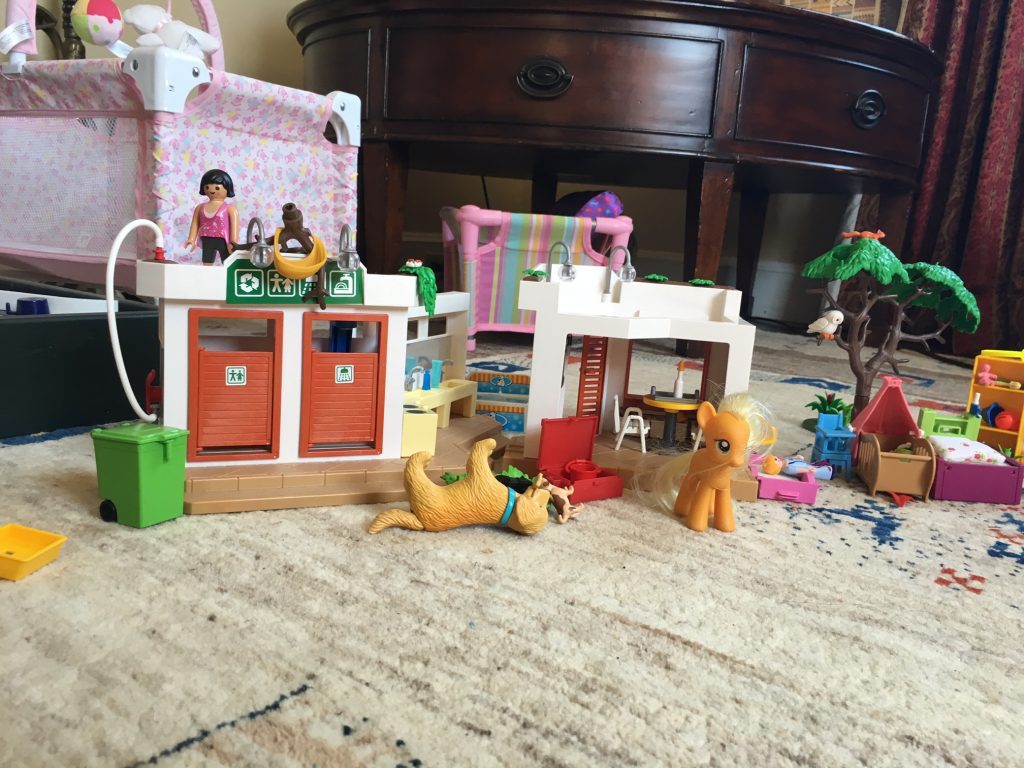