I am a Dance Mom Failure 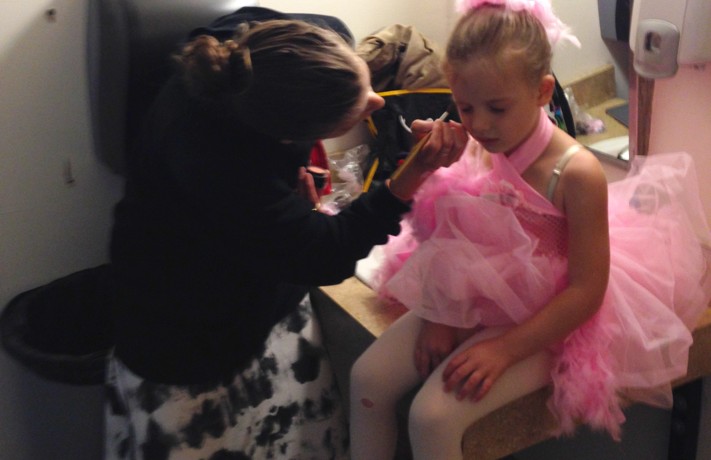 For the past year, The Munch has been attending dance classes at the local dance studio. I’m usually teaching dance or dancing myself during that time – so her grandmother has been forced to be the stand-in “dance mom.” Since I have not really been around, I was totally clueless to the culture of this studio, and just how much they were seriously not fucking around.

It all started with the impending dress rehearsal. I asked Munch’s grandmother if she could take her, and she started to get very nervous.

That Monday, I got Munch ready in the morning for her afternoon rehearsal.

Toni: Listen, I have to do your hair now, because Grandma isn’t sure about putting your hair back in a bun for your rehearsal. So just try not to mess it up.
Munch: Okay. But can you put two braids in the side and then a braid around the bun?
Toni: Do I seriously have to go all Game of Thrones on your hair right now? Can’t I just do a regular bun?
Munch: I WANT BRAIDS WITH MY BUN!!!!!!!!!!!

So I did what any normal parent would do when their child screams in their fucking face. I did exactly as she asked.

I brought Munch to her Grandmother’s house and she was immediately anxious when she saw Munch’s hair.

Munch’s Grandmother: Oh her hair looks very pretty, but are you sure those braids are okay?
Toni: They’ll be fine. It’s a dress rehearsal! Who cares?

Well it turns out those braids WERE NOT FUCKING FINE AT ALL! Munch’s Grandmother was scolded for having the wrong kind of bun, and the owner of the studio had to do ANOTHER PERFECT BUN! She then sent Munch’s grandmother home with hairpins, a hair net, and specific instructions for me on how to get her bun perfect!

The night of the show, I gave Munch the best goddamn bun you ever did see. But her “Dust Bunny” costume, which was a tutu adorned with pink feathers, was fragile. So I decided I would just get her dressed at the venue, so as not to smash her tutu during the car ride (or have pink feathers all over my car). We drove to the performance venue with the windows rolled up (so as NOT to disturb the bun), and got there just on time.

As I was dressing Munch, another Mom told me she was going to leave early, as the “Dust Bunnies” were the first to perform, and it was a long show. She was afraid her daughter would be too tired for the next night’s performance if she had two late nights. Her logic made perfect sense to me. One because who wants to deal with a tired kid? And two because who wants to sit through 2 hours of watching other people’s kids dance?

After Munch had her 3-minute moment on stage, we sneaked out, and I went to find her backstage. I guess leaving 5 minutes after the show has started and taking your kid away is NOT exactly “Dance Mom” etiquette. So as I was leaving her teacher walked past perplexed.

Dance Teacher: Are you taking Adelia? She’s not going to stay for the bow?
Toni: No. I’m getting her home early so she isn’t a total A-Hole tomorrow.

So I guess “Dance Mom’s” also don’t refer to their child as an “A-Hole” in public.

The next night of the 2nd performance I figured I could have the same routine as I did the 1st night. I did the bun at home, and assumed I could get Munch into her costume backstage again. Yet when I tried to enter, I was stopped.

My mom and I took Munch around the corner, found the fucking bathroom that this chick pretended didn’t exist, and proceeded to put on her goddamn costume and makeup.

Toni: Jesus H. Christ she was being aggressively unreasonable.
Munch: Who was mom?
Toni: Nobody. Don’t worry about it.
Munch: That mom that wouldn’t let you in that room?
Toni: DON’T TELL HER I SAID ANYTHING! YOU WILL RUIN ME!

I mean that was a lot of stress! Now I am not saying that Munch wasn’t the most AMAZING Dust Bunny… but basically she just skipped across stage a few times with a bunch of other girls who looked just like her, and then rolled on the floor. 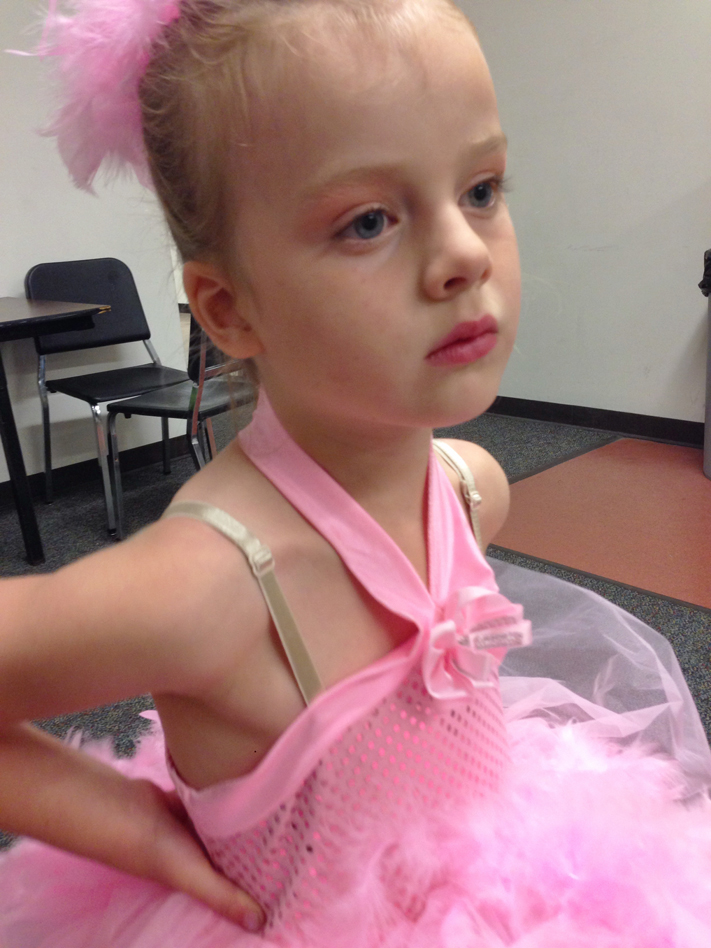 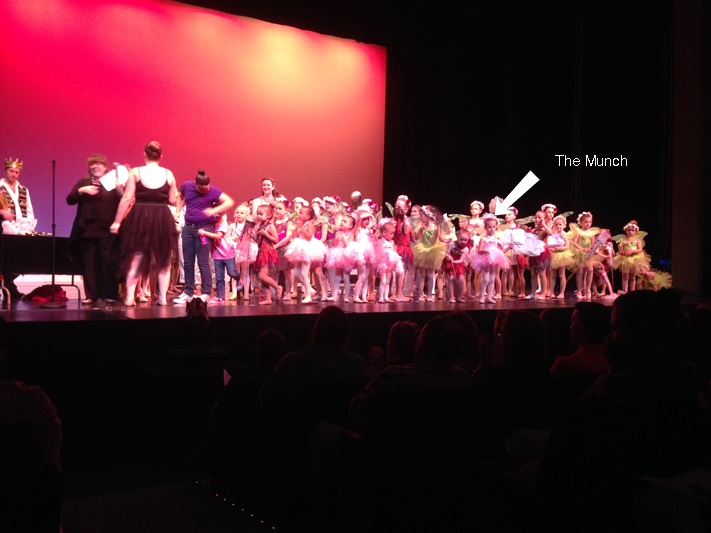