How Did We Get From Wet T-Shirt Contests To Mass Blowies for A Beer? 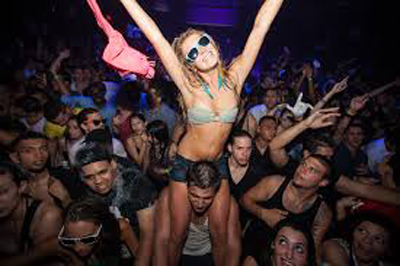 When I was 16, I went to Cancun for “spring break.” My friend Liz and I wanted to go somewhere where we could drink and go dancing. Mexico was the perfect solution. Of course our parents wouldn’t let us go un-chaperoned, so my 19-year old brother and a priest were recruited. Seriously, a priest came with us. He was a good friend of my parents and, luckily for us, he was also an alcoholic. The needs of all parties involved were met. Liz’s parents were reassured knowing their daughter was traveling with a priest, while the priest was too hammered to give a fuck about what we were actually doing.

At that point in time, I had already exposed myself to a fair amount of adult living. I smoked pot, had sex, done acid, been to bars, tried ecstasy, and knew exactly how much to drink before I blacked out. I was no stranger to “party” culture. All we wanted to do in Cancun was find the foam parties and shake our asses to Adina Howard’s “Freak Like Me.” I guess we cared about meeting boys, but not really. We were also still pretty innocent. The trip was more about having fun with each other than a quest to make out with horny dudes, or get laid.

I saw my first wet t-shirt contest in Cancun. I remember standing in the crowd, thinking “this shit is dumb as fuck.” It wasn’t sexy, it wasn’t authentic – it was like being in a Roman coliseum with a crowd cheering on two men fighting each other to the death. I was surrounded by a primal excitement, but I couldn’t tap into it. I didn’t understand the appeal. All I could think about is “why is that girl doing this?”

When I was 18, I went to Montreal with my boyfriend and his best friend – again so we could drink without me having to seduce pervy guys on the street to buy me a bottle of crappy liquor. On our way up, I was driving 90 mph in a 60 mph zone and was pulled over. The cop brought me to the local courthouse and the judge threatened jail time for my excessive speeding. The only way I could leave was if we paid the $700 bail. It was all the money we had, save $70 bucks. We didn’t have bank accounts or ATM cards, so we were kind of fucked. We were young and dumb so we paid the bail and went to Montreal anyway. We couldn’t afford a hotel, so decided to spend the night at the only place open all night: a
strip club.

I wasn’t judging the naked ladies. I just couldn’t divorce myself from the empathy of caring about who they were. I was concerned. I saw them as people — not just flapping vaginas. Even though strip clubs are a contained environment and the strippers can make lots of money, they are still symptomatic of a consistently demeaning shadow of our society. At one point in human history, a strip club consisted of a woman showing her ankle and the bottom part of her petticoat. Now it’s commonplace to look directly into her colon.

Sexual provocation has reached its’ saturation point– at this point, only those shockingly extreme get noticed. I recently read this article which discussed the fact that sexy party games are no longer about a white t-shirt with some nipple exposure, but rather girls giving blow jobs to 20+ guys for a drink. Is this drink made of diamonds?!?! The only way I would ever do that is if said drink was concocted by Nikola Tesla and contained an alternative fuel source that was not only renewable but also so affordable that it would replace our dependency on fossil fuels.

Again I wondered what is going on with these girls and where is the compassion for them in the midst of this insanity?? Why didn’t anyone step in after seven guys to say: “Seriously girl. That is enough flaccid penis in your mouth for one night. Take a breather.”

While this subject matter often raises themes around sexual freedom, exploration, and empowerment, I can’t help but think about inequality. Can you imagine a man in tighty-whities dancing on a bar while girls sprayed his crotch with water so the fabric clung to his balls? You would NEVER see a guy licking twenty pussies for a shot of Patron!!

I guess guys may think “she likes it…” but what if she is just like Mikey, who knew Life cereal was shit, but just wanted to make people happy?

I don’t consider myself a prude and I acknowledge that people’s sexual preferences vary drastically. Yet I can’t help but wonder how and why things are they way they are. Where is the empathy for women who are shoving two dicks in one ass? How is that sexy and not a moment of horror? I’m going to go out on a limb and suggest girls do things to impress guys more than out of an authentic interest in washing her face with the sperm residue of 17 men.

I know giving pleasure is a turn-on for many people. Making someone else sexually excited can do the same for you. Fine. Okay. I dig it. I still think there is a stark difference between the genders in these very public moments of sexual activity (even if self-induced). Something doesn’t add up. I don’t buy the argument that men are visual so they are more interested in this type of stimulation. Yeah a schlong and big bongs are kind of funny looking, but that doesn’t explain the discrepancy. Is it as simple as girls like the attention and boys treat them like royalty when they are acting slutty? But what about after they come… how are they treating the girls then?

I think it has to do more with control. When you don’t feel in control of your own life or feel a sense of autonomy, you look for the other to save, validate, and define you. When you know you can take care of yourself, there is less fear and feelings of desperation. I don’t think women who are financially and emotionally independent are giving out blow jobs to strangers like candy. There is a sense of insecurity which is specific within the female human experience. Maybe because we are physically weaker? Maybe because men are still the keepers of money, power, and politics? Maybe because the psychological impact of having decisions made for us by men for the past 2000+ years still lingers?

I’m not trying to be divisive or fan the fire of gender wars, but rather wanting to deconstruct a very real and very disturbing aspect of our society. We are living in a digital age when teenagers can not only film several guys in the act of rape, but then make fun of it on Twitter by re-enacting the poses of an unconscious naked girl who was just horribly violated. Sex is neither playful or fun in this context, and it’s getting to a point where we are becoming totally desensitized. Will young girls be shoving a live goat up her pussy for a beer in the near future? Maybe we could start trying to prioritize empathy over exploitation… 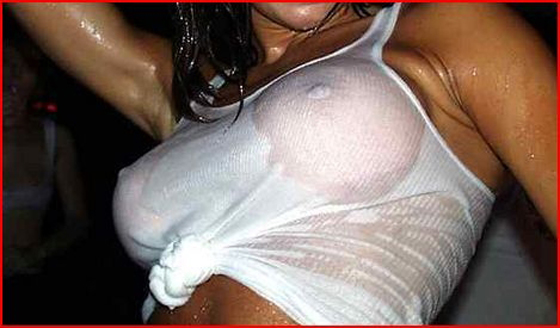