Here You go Sweetie… Eat this Tapeworm for Your Fat Ass

Hi. The world sucks. Everyone is a total asshole. We might as well just flush our heads down the toilet because that is where society is headed.

I recently read a delightful article about a mother who covertly fed her daughter tapeworm eggs so she would lose weight before a beauty pageant. When this girl went to the hospital complaining of cramps, the doctors did an ultra-sound thinking she was maybe pregnant, only to discover her belly was full of worms.The teen was administered medicine to flush out the parasites and await the exciting reality of having worms exit her asshole.

A rehash: a mother didn’t think her daughter was skinny enough, wanted her to win a stupid contest about beauty, and made the decision to risk her child’s life (giving her the life experience of SHITTING LIVE WORMS UP TO 30 FEET IN LENGTH). Can you please close your eyes and imagine a LIVE WORM slithering out your ass, knowing it had been living INSIDE OF YOU??!!

Of all the things I would not want coming out of my ass, a 30 foot live worm is at the TOP of my list. A squash would be a close second because of the girth, but at least it wouldn’t be moving around. In fact, I would take almost any inanimate object coming out of my ass – including a lamppost – over something that alive. It’s just wrong.

Now that we’ve gotten over the whole worms coming out the ass part… wait hold on… wretch, gag, barf… okay I am better… there are some GLARING issues about parenting, this mother’s priorities, and how beauty is a defining attribute for girls. Of course I could say the classic rationalization that my mind gravitates towards, like the societal conditioning of women as sex objects, the societal pressure of female attractiveness, and the inaccessibility and absurdity of modern beauty standards. Of course I agree with all these points and believe we’ve been corrupted by oppressive definitions of gender. Yet this is also a chicken and egg scenario. Women often care obsessively about our physical appearance because culture dictates this and our culture is obsessively focused on female beauty because women are obsessed with it.

I remember being a kid in history class learning about slavery, the holocaust, Jim Crow, apartheid, and asking the teachers “I don’t get it. How did people allow that?? How could they not know that was wrong?” The prevailing justification I was given, “That was the culture of the time. Those people were reacting to the zeitgeist, so you can’t really blame them for participating in the perceived norm.” To which I would respond “What the dick!” and be sent out of the room.

The same thinking applies here. Despite conditioning, there were still people who knew enslaving humans/segregation/genocide was wrong and actively fought against it. We women can also be like “fuck this beauty standard shit in the ass.” We don’t have to participate or buy billions of dollars of beauty products every year. We don’t have to hate our bodies or feel insecure that our thighs touch. We don’t have to give a shit about shit. Even though I know it is hard to reject all the fucked up messaging, it was also hard for people to start the Underground Railroad or hide Jews in their attics – but they still did it!

Let’s do this. Let’s do it for ourselves, our mothers, our sisters and our daughters. Lets keep our toilets tapeworm free 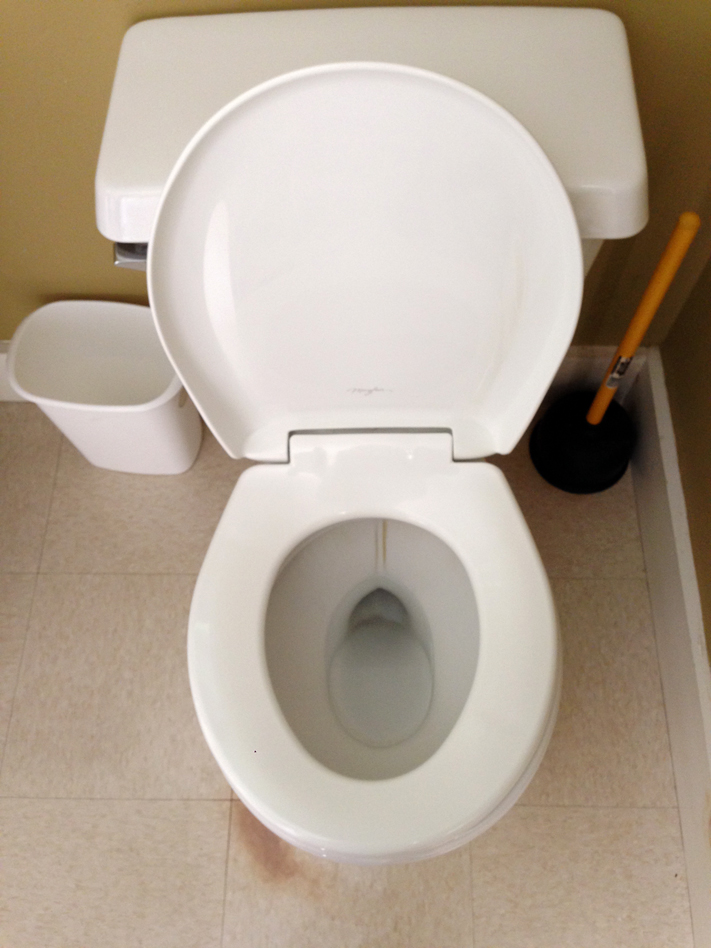