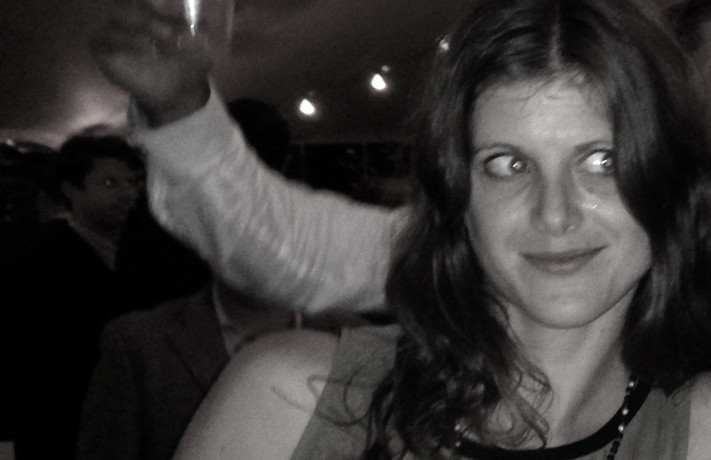 Going somewhere alone always feels semi daunting because I have to figure out how to impress people enough to make them want to talk to me. If have to go to a place where no one knows me, that means I somehow have to figure out a way to seduce people into wanting to get to know me! This is harder than you think considering my opening line is “what is your spirit animal?” I tend to instigate big talk rather than small, and not that many people respond well to my asking “what is your relationship with your mother like” four minutes after meeting.

There is nothing more awkward then being with a bunch of people you don’t know while standing around with your thumb up your ass – come to think of it, that’s a bad habit I should probably break. That is the convenient thing about always having my kid around – when I don’t know anyone, I can hide behind my relationship with my child rather than looking like an outcast. See world, I am not alone praying someone will make me feel part of the group. I am just dealing with my kid’s needs to blow her nose, or cleaning up a wet fart. Children are the best distraction from social situations because I can seem really preoccupied even when I am not.

Over the weekend my aunt was getting married, but my aunt is actually younger than me by 6 years! My dad’s father had a second marriage, as well as two daughters, who are my half aunts. I never got to meet my grandfather or his kids until I was 17 and finally met the oldest Juliana. Coincidently, she ended up at my school, and I would be like holy shit… that is my aunt! Juliana and I would always say “hi,” but we never got to know each other because she was freshman and I was a senior, and that would be just too crazy for school politics. Plus I was smoking a lot of pot at the time and watching very strange things on TV.

Years later I met the younger sister Krissie because we were both living in New York, and found each other on Facebook. We became fast friends, and quickly realized how much we had in common. We loved to dance, we were both passionate about organic food, we looked similar, we had the same sense of humor and laughed when people tripped. We were family even though we had never had the chance to be that. I was so excited to get to know my aunts because even though they were technically in a different generation from me and my cousins, they were so many ways in which the Nagy girls were the same.

Krissie’s wedding was a 6-hour drive from my house, so I ended up going by myself. When I was about fifteen minutes away from the final destination, I suddenly realized “holy fuck, I am not going to know one person at this wedding beyond Krissy and Juliana!!! How are they going to pay attention to me when Krissie is the bride and Juliana is the maid of honor! What about me!? Who is going to take care of me at this wedding?” Then I pulled over in a parking lot, put on my dress, squeezed into my tights, slapped on some makeup, and peed in the bushes because that is what big girls do.

Once I got the ceremony site, I was immediately reminded that I really was alone. I stood there watching people talking to each other and debated what other orifice I could shove my thumb into when Krissie’s husband interrupted, and told me I could go inside and meet Krissie’s /Juliana’s mom. I gave my step-grandmother a hug, and she told me to go upstairs and hang with the bride because even at weddings I roll VIP. I was so grateful to have Krissie to talk to, but then she had to go get married so I was alone again. God… people can be so selfish.

I couldn’t just spend the time looking at my phone as a social buffer acting like I had some really important messages coming in, because that would be insanely douchey. I had no choice but to stand there and pray someone would come pay attention to me. At one point I started talking to this couple, and the guy got a bug in his eye. He put sunglasses on to suffer in silence for a bit, but when he took them off, I could see the bug in the white of his eye! I was like “DUDE! There is a bug in your damn eyeball,” and he was all “I know get it out” and his girlfriend was like “Ew gross.” So I grabbed his face, and stuck my finger into his eye juice to slide the bug out. It was so disturbing that we laughed and laughed. I thought after this intimate moment meant we would be friends for life… family even… and I would be spending Thanksgiving with this lovely couple, but then they went to go get more hors d’oeuvres and totally forgot about me.

But lucky for me, one of Krissie’s friends tucked my under her wing and introduced me to her all friends. Suddenly, I was part of a group of women who were these badass chicks from Red Hook Brooklyn. They sang in punk bands, made art, and wore funky clothes like purple fishnet tights. These ladies were my type of ladies. If we had been born 200 years earlier, we would have burnt at the stake or drowned with a wizard’s beard to prove we weren’t witches.

Had I brought The Munch, or anyone with me for that matter, I wouldn’t have been as open to meeting new people. My desperate need to make friends helped facilitate the process because I was forced to put on my A game personality. Had I brought my kid, I probably would have spent the night talking to the other mom’s with young children about potty training and bedtimes. But because I was a lone wolf, I met these ladies who were ready to party and have fun. They were all done with their child rearing days so talked about grown up stuff – like astrology. When ever you go somewhere alone there is a risk that you will feel alone, and sometimes that happens. Yet if you don’t’ go and have adventures on your own they you will never find your self dancing the night away to old timey swing music with a bunch of sorceresses.

(Here is me and my aunts and my new witchy women) 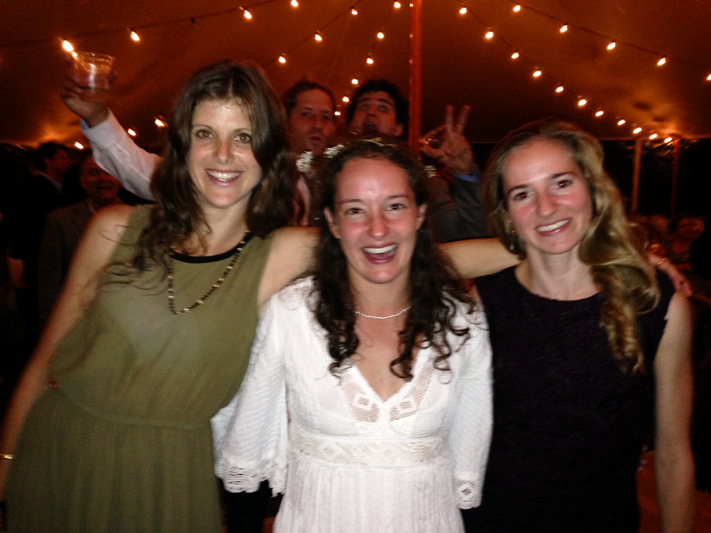 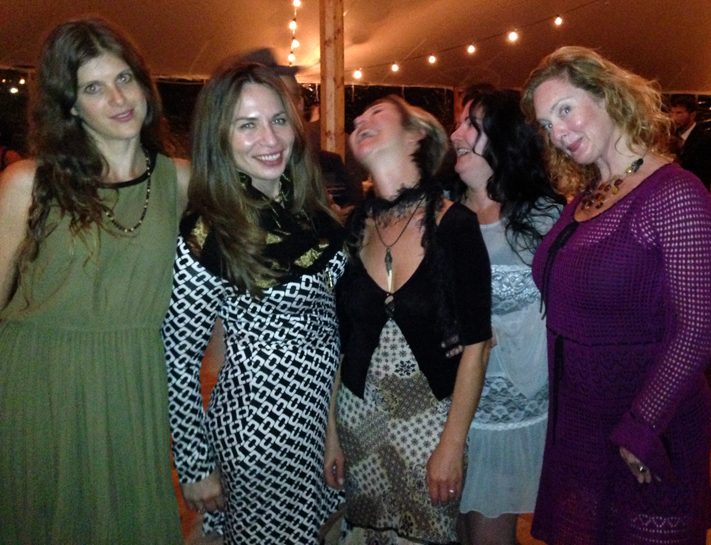 Previous post:
YOU WILL BE A FUCKING STAR Next Post:
How Can I Get Out Of Being Around You?