Getting Old and Glorifying the Past 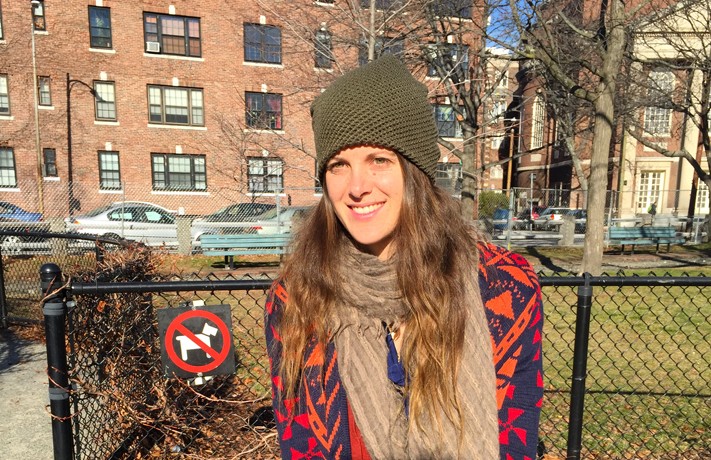 Yesterday was my day of uterine insurgence. It marked the moment that I was ejected from my mother’s glorious birth canyon, and burst forth into the world. Thanks dad for not pulling out to distribute my essence all over mom’s stomach. You guys are the best!

I am getting older you guys! I am now just as close to 40 as I am to 30! What does it all mean? Should I make fewer expressions so as not to deepen the lines of emotion on my face? Should I be worried about organs that I am otherwise oblivious too – like my colon, spleen or gallbladder? Or maybe I should get back into doing a bunch of acid, and listening to records backwards to see if Prince actually worships the devil?

How do I move forward into the future without wanting to clench onto the optimistic naivety of my past!?

Aging is bitter sweet. On the one hand, you have a better grip on who you are as a human. You are less influenced by the influence of others, and less redundant. You are more likely to have a clear vision of where life is going, and also have confidence that you are actually getting good at what you do. You gain wisdom regarding relationships, and how to better communicate your needs. There is a sense of peacefulness that develops as you become more comfortable in your own skin. Yet perhaps best of all, is accumulating the propensity to give less fucks about everything.

BUT… there is a longing for youth that is hard to let go of. Everything seems so much purer in the past. The fun was funner, the laughter was harder, and the possibilities were endless. Being young feels so seductive because you had nothing but time ahead of you – how else can I explain the fact that I watched other people play video games while high!? When I think about wishing I was 22 again, it is not so I could actually be 22 – because actually being 22 kind of SUCKED. What I want is to know what I know now, and have the chance to do it all over again. But… even if I did, I would probably do the same dumb shit because I am 22 so who cares and lets get wasted on Jagermeister!

There is this dust of superiority in the memory, because the memory is rooted in the fantasy of what could have been. It is easy to glorify what was, because it helps justify what is. We have to exalt our perspective of years gone by – it comforts the fear of what never was!! Everything had to be better then, because at least that can help me get through the shit pile of the now! Yet then nostalgia becomes a form of depression, as it hangs onto mediocrity of the moment.

The only way to be truly content is by acknowledging the past as our teacher, and embracing the future as infinite potential. If we can maintain that perspective, we don’t have to hate the inevitable truth that we are going to deteriorate and die. I can’t deny the instances where I yearn for the mentality of wistfully coasting through life on a magic carpet of late meals and bong hits, but I am also grateful for what is to come. I am smarter, stronger, and more capable than ever before simply by being on the planet for a longer period of time. Maybe I can do something really epic with the rest of my life!? Like making a movie about farts, or curing the common cold. There is still time!

(kind of the best birthday text of all time) 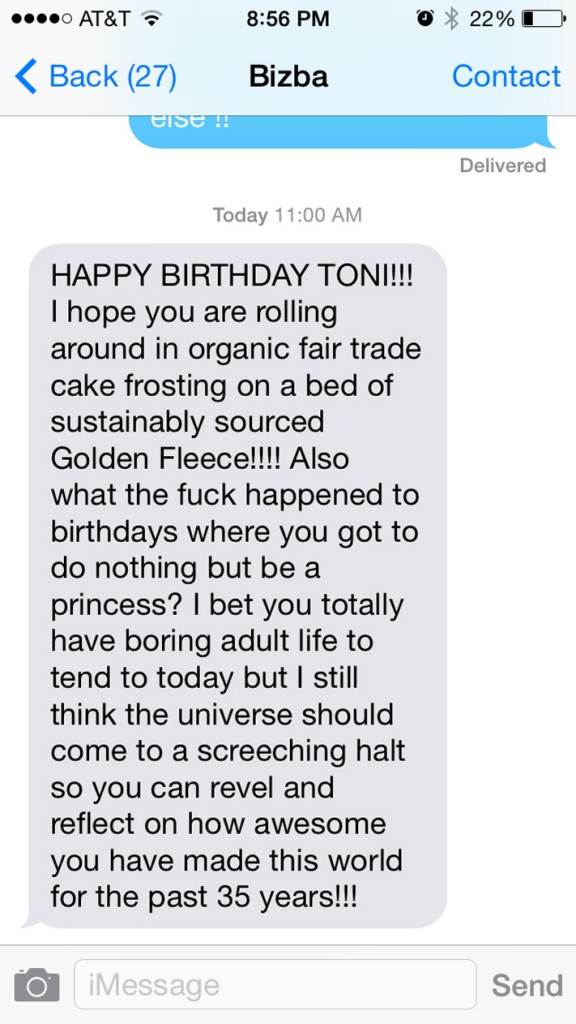 Previous post:
I Have Met My Match (and she will destroy me) Next Post:
New Year Same Old Me