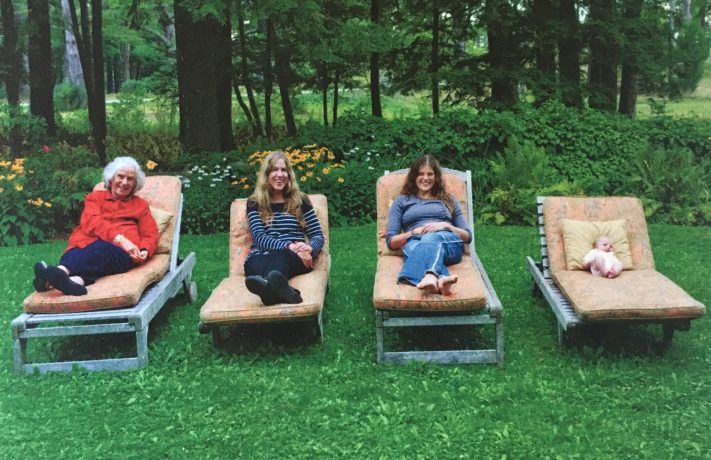 Over the summer I performed at a dance festival and let me tell you – there is nothing quite like sharing a dressing room with a bunch of teenage girls. Not only because their boobs are barely below their shoulders they’re so perky, but more because the amount of texting, Snapping, Facebooking, Instagramming, and tweeting was so extreme that I wondered if they had wifi signals coming out of their nipples. I barely had service??

I can’t criticize the children of today because they are victims of our society. Millenials didn’t create iPhones – Baby boomers did. It’s the generations before you that produce the technology that you’re born into. It’s the humans that came before you that decide the moral compass you’re supposed to adhere to. People create ideologies, think of scientific advancements, pontificate on ethics, ponder human health, opine about systems, and then test their inevitably flawed conclusions on their kids.

We’re all just the experiments of our parents and the generation that raised us.

Humans are still evolving and it’s happening more rapidly than ever since the industrial revolution. My kid was born knowing how to swipe through pictures and navigate Netflix. This only exaggerates these feelings of disconnect between generations. I am not THAT much older than a millennial, you could even say I am on the cusp, but I feel like an anthropologist around them – like a modern day Jane Goodall in the forest of a tattoo parlor. I observe them with a slight confusion as I scribble into my notepad; “The subject will post on Snap Chat while getting tattooed. Fascinating.”

Each generation raises a generation that ends up feeling foreign to them, and I think that’s because we tend to forget that we are all products of our conditioning. In order for me to understand millenials, I have to fully grasp the world Baby Boomers have created for them to adapt to. Baby Boomers are the ones in power. They run our politics, industry, and Wall Street. At the top of most pyramids is a Baby Boomer, perched with their golden rattle like good ol’ Donny Trump – our king.

I’m the child of baby boomers, and in my view, it’s my parent’s fault they handed me a trashcan of a world. We supposedly have 3 years left to save humanity from Climate Change. The world may be too hot for my kid to survive!!!!! Except for the hippies who fought for our rights in the 60’s, most of Boomers turned out to be the most consumerist, money hungry, self-centered people in history. They didn’t stop global warming – they accelerated it with their greed. When they came to power they gave up their acid and disco balls and paved the path for the economic and ecological tragedy of today.

Yet that’s not fair of me! It’s not like the baby boomers are beings formed from Immaculate Conception. They are the products of their parenting. The common belief is that the boomers were too coddled by their parents. Supposedly The World War 2 generation, or the so-called “greatest generation” spoiled their kids so significantly that they had no perspective. Huh? I’m not so sure about that. I don’t know about you guys, but my Word War 2/ Great Depression grandparents weren’t exactly cuddly loving people. They’re a little rough around the edges. Sure, maybe they spoiled their kids with material goods – but the Baby Boomers were some traumatized infants.

Because so many women were popping out babies like pop tarts, the medical industrial complex came up with a new way to birth babies. So a lot of the births during the 50’s and 60’s were twilight births. Now that may sound kinda dreamy… but basically it was out of the Twilight Zone. They would drug the mother to the point where she had zero memory of the birth. None. She was just knocked the fuck out. Then when she came to, they just handed her the baby. Now… this may come as a surprise, but a lot of mothers had trouble bonding with their baby after being dosed with disturbing amounts of morphine.

These women were then encouraged to exclusively bottle feed their babies with formula. Not even try breastfeeding. Now formula is great when you need it. But half the babies in the 1950’s were raised completely on it. So we have these boomer babies with their disturbing births, their formula diets, and then here is the kicker – the conventional wisdom of that time according to behavioral psychologists was to… wait for it… hold your baby as little as possible!!!!! Yeah. Don’t cuddle your baby. Don’t hold it when it doesn’t need to be held. Nope. That will make them a pussy! Not being held builds character.

Let me just remind you, that not being touched enough as an infant was later proven to do major and irreversible psychological damage. Touch is just as important to our health as food and water!!! So yeah, maybe the Baby Boomers had more material goods than their parents, but they were neglected as fuck as babies. And look what happened! We are on the verge of extinction now!

I may question some (a lot) of my parent’s parenting decisions, but I can’t blame them without educating myself on their context. They didn’t have the information we have today, nor did they have the bandwidth to go the library and research the apocalyptic times they were creating. My mom didn’t have the Internet to inspire her to wonder what kind of chemicals were in my shampoo, if my Halloween candy was organic, or if there were razor blades in my apples. She would just be like, “I don’t know, take a bite and find out?”

So what kind of kids are the current generation of parents going to create? Ones that will be so afraid of their own shadow that they willingly submit themselves to a virtual reality Matrix where they never see the light of day? Maybe? I don’t know! I for sure see that modern parents are uptight, but they also started a movement of Attachment parenting – which admittedly may not be very Buddhist of them – but they hold the fuck out of their babies. So we can judge them for being overbearing, but at the same time let’s leave the breastfeeding Time magazine mom alone. Who cares if her 6-year old kid barely had to get on his tippy toes for a sip? That kid may have had to experience some questionable boners, but I’m pretty fucking sure he’s going grow into a sensitive man who believes in universal healthcare.

Snapping while getting tattooed!! 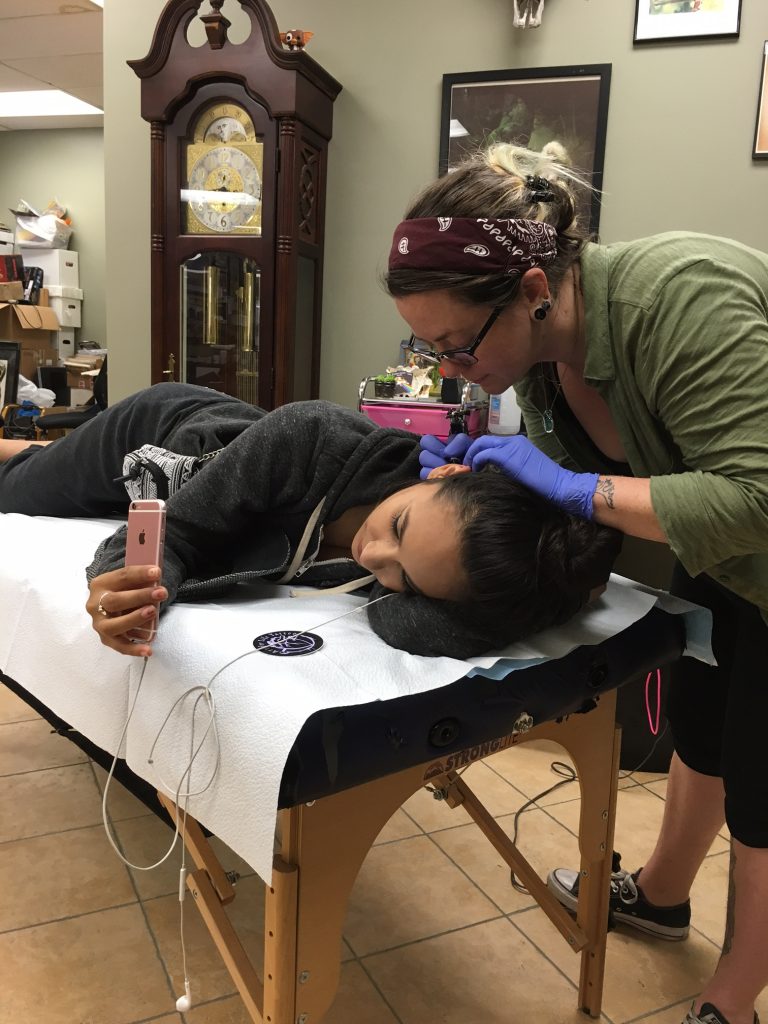 Previous post:
Maybe The Mayan Prophecy is Happening Right Mother Fucking Now? Next Post:
The All Feeling Tyranny of the Wounded Inner Child