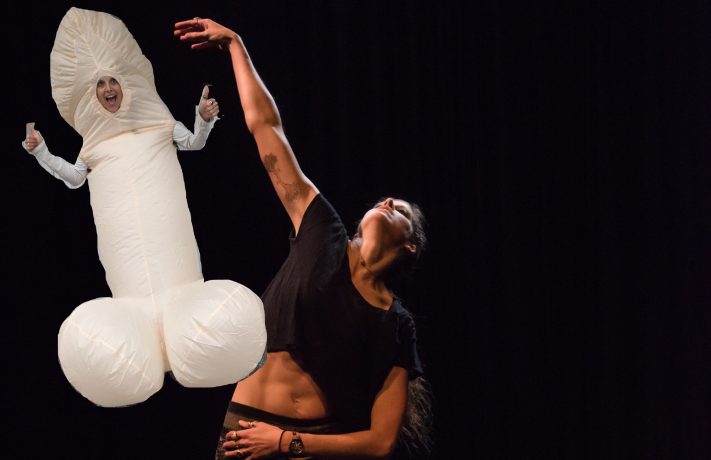 I have a lot of social anxiety around people. Wait, let me rephrase that – I have a lot of social anxiety around people that don’t know me and I have to prove my worth through some sort of pithy conversational cue that indicates my humanity and suggests there’s more to me than a woman who has dirt under her fingernails from some unknown source. Considering my personal preference to eliminate all superficial banter that Homo Sapiens are seemingly comforted by, I usually start off with such talking points as, “tell me your primal wound,” when meeting a stranger. My interest is in wanting desperately to know who someone truly is, and not hiding behind the conventions that masquerade us as the happy, perfect, success we all want to be perceived as. I want to know your darkest parts, your deepest shame, your emotional-self, the piece of you that scares you the most – and wouldn’t you know it, not everybody is down for that journey?

Living in the woods for the past 9 years has insulated me from the societal pressures of impressing humanoids. In my community of cuntree living I’m mostly accepted as my authentic self. The chipmunks understand my crude nature, the trees don’t judge my incessant yammering about capitalism fueling the psychological raping of the patriarchy, and the grass is accustomed to my endless well of genitalia infused humor. Yet when I leave my population of moss-covered rocks and venture into the big world of urban existence where I’m exposed to a plethora of people to connect with, I tend to constantly question who the hell I’m supposed to be in order to be liked.

Of course there the simple answer is, “yourself”- be yourself Toni!

Or another answer is, “who cares what people think?”

Both of these I agree with and try and implement, yet who is “myself” around those I don’t know? How can I not be aware of how others perceive me when I can’t help but notice as their brow furrows at my comment about “butt-fucking corporate greed” and how soon we will be a population of genetically modified humans where only the wealthy will be able to afford designer, Nietzschean, Uber-babies while the poor will lack the resources of genetic perfection thus igniting a cultural war between the immortal demi-god elite and the deformed, polluted, regular humans? I see how their eyes glaze over as they slowly excuse themselves from talking to me, and move stealthily away to have more comfortable conversations with someone else – avoiding eye contact should I return with more polemic antidotes.

I’m a lot like cilantro in that way. To some, I taste very soapy.

I struggle with accepting the fact that I turn a lot of people off because I realize I’m making a choice to approach people in the way that I do. I know I could be more likable if I was socially lubricated enough to give out emotional hand jobs. Deep down I know I am capable of deep throating their desire to stay on the surface and discuss things that aren’t as emotionally loaded as, “does your dad actually love you?” Yet instead I feel this need to avoid jerking someone off even if I know they’d enjoy my company more and instead end up furiously metaphorically masturbating while staring them in the face hoping they eventually drop their trousers and do the same.

When I was a young kid I didn’t have any friends. SURPRISE! I had my older brother and he was the only playmate I needed. When I started the 1st grade I made one friend named Trudy who didn’t wear underwear, so I knew she understood a lot more about life than I did. She was also great at cartwheels despite the provocative consequences of the afore mentioned fashion choice. Trudy moved away for the 2nd grade, so I made one more friend to replace her. She was a very shy girl with ringlets named Ashley and we spent most of our time not talking and jumping rope. In the 3rd grade I was separated from Ashley so I became friends with a girl Lizzie, who had an exceptionally impressive blond ponytail that swung when she walked. Lizzie was popular because she was the new pretty girl with the hot hair and the popular boy had a crush on her – and as we all know – a women’s value is often defined by the caliber of boy that likes her because… the patriarchy. Yet sadly Lizzie and her luscious mane moved away after one year, leaving a black hole of the “popular girl” vacuum to be filled. I figured I would go back to my life of obscurity and singing songs about frogs and pigs with Ashley, yet because I had been Lizzie’s best friend, I inadvertently inherited her crown.

I found being popular to be very stressful. Having many friends is theoretically nice, but when you’re a co-dependent, people-pleasing, 9- year old that feels responsible for the emotional happiness of others and has been socialized by Catholic guilt to prioritize everyone but yourself because love is conditional and only given when behaving in the manner adults want – it can be a bit overwhelming. I always wanted my friends to be happy and this created a dynamic where I was more concerned about being who THEY wanted me to be rather than who I actually was. I was intuitive enough to understand the parts of me each friend preferred, but then my personality became a performance art of negotiating the traits each audience member was most likely to enjoy.

I lived like this for ummmm… 30 years? There was this hyper concern about the needs of others that made it impossible to prioritize the needs of myself or truly settle into the relationships that made the most sense for me. I was so desperate for love that I’d take it from anyone, even if it meant folding myself into an origami shape of their liking – “oh you’re not into me, well how about you try Toni as crane.” It wasn’t until I birthed a human that I started to address shedding this strategy of manipulating others by manipulating myself into the manipulated figure they most fancied. Not only because of my child’s all-consuming unconditional love that accepted all, didn’t judge, and whose only expectation was my utter devotion – but also because taking care of a kid is very time sucking and forced me to prioritize what was actually important.

I think we all change, mold, and develop as we grow, but for me personally becoming someone’s mother shook me out of a coma of my own making. I started to genuinely feel like, “who gives a shit what anyone thinks but her?” My kid’s opinion of me is truly the only one that matters and she thinks I’m the fucking shit. The Munch loves my videos, she thinks I have a beautiful voice (I don’t), and she’s convinced I’m an accomplished artist purely because my hearts aren’t crooked and I can draw a descent star shape. Not that I’m basing my sense of self purely on my daughter’s perception of me because I’m aware there will come a time when she’s resentful, rebellious, or questions why she can’t smoke pot in the house when mommy does – but what I have learned from raising The Munch is that I will never be able to be who someone wants me to be because they will ALWAYS want more. They will endlessly suck from my teat, ingesting the milk of my efforts to please them and then digest my excretions while expecting me to change the diarrhea in their diapers.

So I’ve gone the other direction. I’ve come to terms with the fact that not everyone is going to like me, and maybe I even speed that process along by being so unapologetically myself right out the gate. If you’re not interested in discussing the future of A.I. and how maybe hating yourself is what you love about yourself most, then we probably aren’t going to have a lot in common anyway. I’m not perfect at this practice of course. I can get intimated by strong personalities that think they’re better than me because hey – you probably are better than me. I can allow myself to feel bullied in conversations if the person I’m engaging with resists my efforts because they are stuck in their own ideology and too closed-minded to be willing to explore. I can find myself back in old patterns of wanting to please and allowing comments I think are dumb, offensive, annoyingly sexual towards me, or purely shallow. When I’m at my strongest I challenge, and when I’m at my weakest I acquiesce and let things slide I later wish I didn’t. Yet life is a work in progress and I guess the best I can do is keep forcing myself on people and hoping I run into those that are interested in investigating their darkness with me. 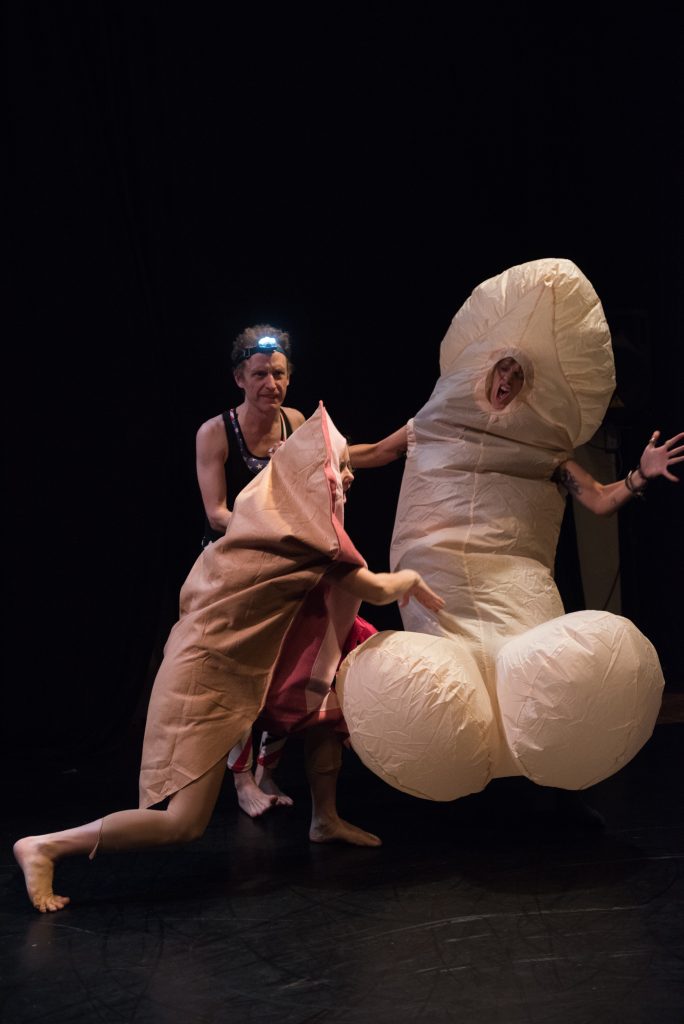 Previous post:
The Real-Estate Agent In Your Brain (Renting Out Your Depression and Anxiety Apartments) Next Post:
Nursing the Teat of the Earth Dry