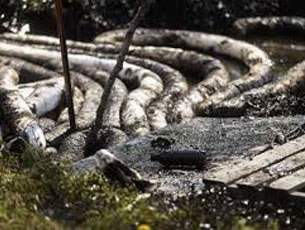 Exxon Mobile keeps spilling oil everywhere.  I would say don’t cry over spilled oil you big baby, but then again – oil is leaking all over the place!!  It is not like we can grab some bounty paper towels and soak it all up with one sheet.

When an environmental catastrophe happens, like an oil pipeline bursting in your back yard, it will be in the news for sometime – and people will care about the cause.  But after the initial devastation is reported, it is easy to forget about.  Yet even though it is no longer in the public dialogue, the consequences of these horrific acts and the long-term damage should be the real news story.

When I read about Exxon Mobile bursting their pipe over the weekend, I first had a weird pornographic image flash through my mind, and then remembered the Exxon Valdez oil spill.  I was only 9 at the time, but could recall this being the first “news” story that infiltrated my imagination.  My child mind kept picturing these poor animals choking on oil as they struggled for their last breaths.  And I couldn’t understand how they were going to help these suffering beings, or clean up the mess.  I had a hard enough time picking the glue off my hands in woodworking class and did not get how people could fix the destruction that millions of gallons of crude oil could make on an eco system.

So it got me wondering… “what ever happened with that? Is everything all good now? I never hear about it?”  Yeah, well it turns out.  No.  Not at all.  There are still a lot of issues because of that oil spill.  According to this article, “delayed population loss from sub lethal doses of oil that affect growth and reproduction, and indirect effects of changes in the food web of the region.  Concerns also still persist about the effects of lingering oil on shellfish in the area, particularly for subsistence harvesters.”  Also, residual oil can still be found over 450 miles from the original sin, and over 13 species are still “recovering” from the tragedy.

And wasn’t there that BP oil spill in the Gulf of Mexico too?  Yeah… pretty sure that shit is fucked too.  The spill happened during breeding season so all the eggs and larvae were destroyed – wiping out an entire generation.  It was like the BP spill was a giant forced abortion for all the wild life living there.  And don’t forget about the effect on our fisheries and food system… no big deal right? To eat toxic fish…

So here we go again, another spill from the inevitably leaky pipelines.  We will hear about it for a while, but soon the conversation will disappear into the ether, and the only ones who will be talking about it will be those directly affected.  That is, if their mouths aren’t full oil.

“Okay… fine…. its cookie in my mouth, but I am going to cry about it.” 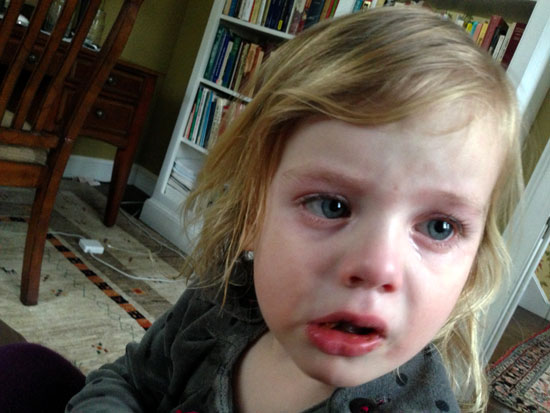