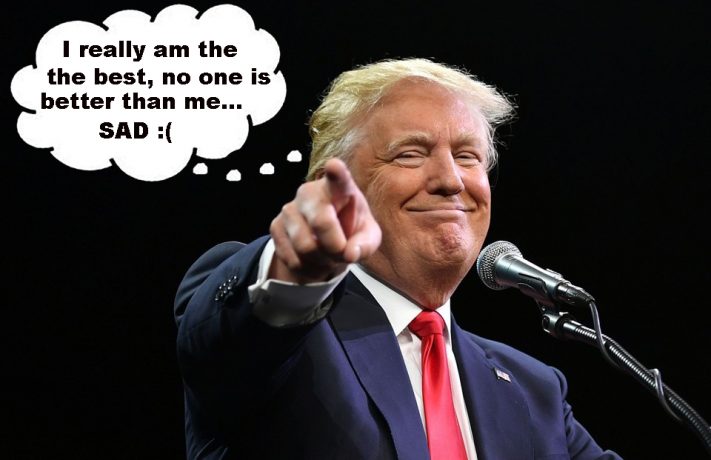 I think the one thing we can all learn from Donald Trump, is how to maintain unwavering positive self-esteem, even in the face of total failure. His confidence is remarkable! He doesn’t care about the approval of others! If people aren’t into him, he just thinks it’s a lie constructed by the fake news made up of a bunch of dummies. Trump’s sassier then the sassy friend in a movie who knows how to sass it up!

I don’t know about you guys, but I could use some of that Trump-esteem. My life is filled with rejection. I am constantly dealing with people telling me, “thanks, but no thanks.” It’s hard to keep going in the face of that. When you work in a creative field, you have to be somewhat, if not completely delusional. Even when people tell me that the films I make, or the things I write aren’t good enough, I have to tell myself “keep trying Toni… Not everyone is going to understand your style of genital humor.”

But if I were in any other profession, say a surgeon, and hospitals kept rejecting me – I would probably stop. I would never be like, “they just don’t get my type of surgery.”

If I were a lawyer and lost every case, chances are I would quit, rather then yell at the judge, “my law is post-modern, avant-garde, reductionist… and you have no taste because you’re provincial philistine!

The other day I went for a walk, got pretty stoned, and thought to myself “wow, I am the hardest working unsuccessful person I know.” It would be one thing if I didn’t work that hard, then I would have an excuse. I could be like, “well Toni, you never really tried.” But I really try!! Then I started to think that I must just not be that amazing at anything, and my current life is the consequence of my being un-amazing. Then I got soooo hungry. But then, I got a new video idea!

I think we all have to deal with disappointment and rejection – whether in love, work, school, or public approval. Yet even though we are a social species, we also can’t allow other’s to define our sense of self. In matters of the heart, we often take breakups so personally. “Oh dear, that person doesn’t love me, therefor I can’t love myself.” Well, maybe you were an asshole every so often and could have done more to clean up your dirty dishes. But you can learn from your mistakes and still think you are worthy of love. Rejection, although damaging for the ego, is also an opportunity to grow, improve, and better define what it is you actually want.

So in these dark political times where the face of Donald Trump causes my mouth to water at the precipice of constant retching, and my vagina to dry up, ready to turn itself inside out – there is something positive I can learn from him. I can channel his unrelenting pride. And you can too, the next time an entire world thinks you’re a piece of shit. 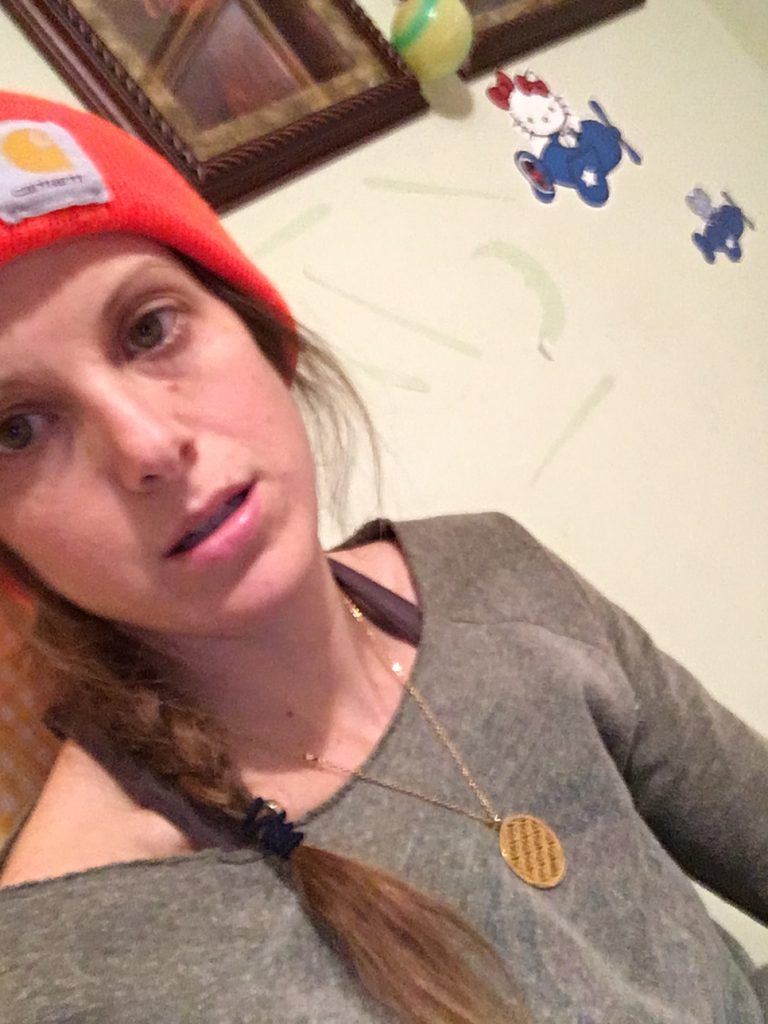