The other day the Munch was having a play date with a friend, and they started arguing over which game to play – bakery vs. chipmunks making poop pie. Now call me out of touch with the youths, but I personally didn’t see a difference between the two ideas. I suggested they merge the games by one pretending to play bakery, and the other pretending to play chipmunks making poop pie. Sounds reasonable right? Well, it’s fucking not according to these girls.

The girls condescendingly explained to me that my vision of separate realities would not work for them, and then rolled their eyes at my ignorance. They instead had to agree on a shared reality of what they were playing, even though what they were playing was pretend. I had assumed that since the game existed purely in their imaginations, it didn’t really matter what the other person was imagining – but I was goddamn wrong. It mattered a fuck of a lot to these girls, and was worth spending the next 20 minutes negotiating with the complex nuance of a Palestinian freedom fighter and Israeli soldier. These kids refused to continue playing their fantasy game until they had agreed on a common understanding of their imaginary experience.

The sharing of reality was crucial, even inside a make-believe world.

I think we can all learn something from this bakery vs. chipmunks making poop pie saga, mainly that my kid is weird as fuck for insisting chipmunks make poop pie when everyone knows they actually make diarrhea flan – but that’s just semantics. But the other lesson we can glean is just how vital it is for people to have a mutual understanding of their perceived reality both on the micro and macro levels.

If you’re in a relationship with someone, living with them day in and day out, waking up with them every morning to see their face, going to bed with them every night with their breath on you – you know, the romance of being in a long-term committed relationship – then you also know how important it is that you both analyze your dynamic in a similar way. Sharing reality with someone is the only way to keep things functional. If you and I were together and we got into a fight because I was an asshole and you were an asshole, our common understanding of our individual asshole behavior would be imperative to coming back together. I would HAVE to see how thought I was an asshole, just like you would HAVE to see how I thought you were an asshole. If we both agreed on our asshole behavior, then peace could be made. (PS that agreement would consist of you admitting that you were the asshole and how the whole fight was actually your damn fault okay? GET IT!?)
Yet if you don’t own your part of the equation when shit goes down, you don’t share a common reality of what happened, and then things then fall apart. When you refuse to look at yourself or be honest about how your actions impact others, then it’s easy to justify whatever behavior you want. You can become indignant and stuck in a paradigm of feeling superior. Yet part of being in a relationship with someone is learning how to understand the effect of your behavior on the other person. You have to be able to admit fault and come to a collective agreement of what happened. That is how we get closure. We have to mostly agree on our understanding of what happened. Of course we will always hold onto our subjective twists, yet the majority of the story needs to be consistent in order to feel emotionally connected.

The best relationships are the ones where the couple is on the same page when it comes to dissecting their lives together. If you were to separate them and ask them to deconstruct their relationship, their fights, their faults, their main issues, what works and what doesn’t – they would mostly say the same things. When you share the story of your relationship then real communication is happening. When relationships have authentic communication, then it’s more possible to develop deeper intimacy. A major aspect of trusting each other is trusting that you both see things in a similar way. In order for that to be truly achieved, both parties have to be open to candid self-reflection. The more honest we are with ourselves about our motivations, insecurities, and shadow sides, the more honest we can be with our partners.

We all can behave in ways that suck, or allow the worst of ourselves to sometimes take over – that’s to be expected. Yet when you own up to those parts of you, and those patterns, then it’s more possible to work through them in a real way. In order for that to be accomplished, you and your partner have to set aside your egos and replace the need to be right with the desire to understand each other.

In the macro sense our shared reality is dwindling by the second, which is why Trump, partisan politics, and the idea of “fake news” is so fundamental. It kind of enrages me that Trump has taken over the concept of “fake news” because that used to be a hyper-progressive lefty thing. When I was in my 20’s I was always talking about fake news too – but what I meant by it was the corporate controlled media that had a vested interest in censoring information to protect their economic agenda. I would go on and on about Diebold and the voting machines being rigged in Florida so Jeb Bush could hand the presidency over to his brother. At that point the Internet was just starting to question official stories like 9/11, and I was ripe to eat up all the information about the lizard elite and their secret societies. Yeah fine, maybe I was off the deep end a bit and a little too open to aliens being the answer to all I didn’t understand, but I also think there was validity to questioning the “official stories” the government was telling me.

Then the Internet became flooded with information, and as a result there now is an oversaturation of conspiracy. The real conspiracy is that there are now too many conspiracies to keep track of. Maybe that was an intentional move by the “New World Order” to keep us confused? Rather than denying “alternative information” that wasn’t controlled by the corporate media, they decided to allow all of it in order to dilute the brand.

There are now so many versions of alternative truths that it is impossible to decipher what was what. No matter what you think, you can prove your hypothesis on the Internet. You want to think vaccines are harmless? Well, there is plenty of information that will support that thinking. You want to think vaccines will cause your child to become a mutant and grow scales? You can find that too. No matter what you want to believe, you can reinforce your beliefs with the “facts” on the Internet.

Then we have Donny Trump yelling about “fake news” which only furthers us from having a collective reality as a society. Yeah maybe it was just as dangerous when everyone thought the New York Times was the Bible, but at least there was a communal story we were all buying into. There was unity in that, even if it was also delusional. The fantasy world we as adults buy into isn’t that much different than the imaginary world Munch and her friend were creating – they both rely on story to keep everything together. But now that there are so many potential narratives to believe, we’re all psychically being ripped at the seams.

For thousands of years humans have used stories to organize themselves – the two most effective being the stories of religion and the story of money having actual value. Money isn’t real, but a collective fantasy we all agree to, just like religion. These are the fairy tails that have kept humans structured for millennia. It may be scary to think how much make believe stories are the scaffolding we’ve built our entire society around, but it’s true.

Yet currently in modern America we no longer have a collective story that we’re all connecting to. Maybe that why the “Make America Great Again” slogan was so appealing to so many? Perhaps part of the nostalgia we cling to is how everyone was way more conformist in the past and bought into the story of the American identity? Yeah they were fucked up racist, sexist, homophobic stories designed to make us consumerist drones, but most people told them to themselves and their children. It was the American sexist, racist, homophobic story, until then those damn hippies started unraveling everything, encouraging people to think for themselves and question the narrative that women belonged in the kitchen, people of color belonged in segregated ghettos, and homosexuals belonged in hell.

I embrace the rewriting of these stories because the past wrote a fucked up plot that I don’t want to be part of, but what are the new stories we’re writing? Some of the stories people are telling themselves today make me question if we’re even the same species. I don’t share reality with the white women in Alabama that voted for Roy Moore! That’s not a bedtime story I’m telling my kid at night. I don’t even know where to begin to find a common reality with those chicks that voted into office a molester? Yet I guess that’s what we have to start figuring out. What is the most base, common reality we share with people and then start slowly building a common understanding. Maybe we both enjoy marshmallows, and we can use that to keep finding common ground, and write a collective story together where maybe, just maybe, a fucking child molester shouldn’t be considered a candidate for senator.

(Ps if you’re wondering where these delightful/disturbing images are coming from, follow my on Instagram to see my interpretive dance where Trump uses the language of my body to express his heartache after the Roy Moore loss. Toni Nagy) 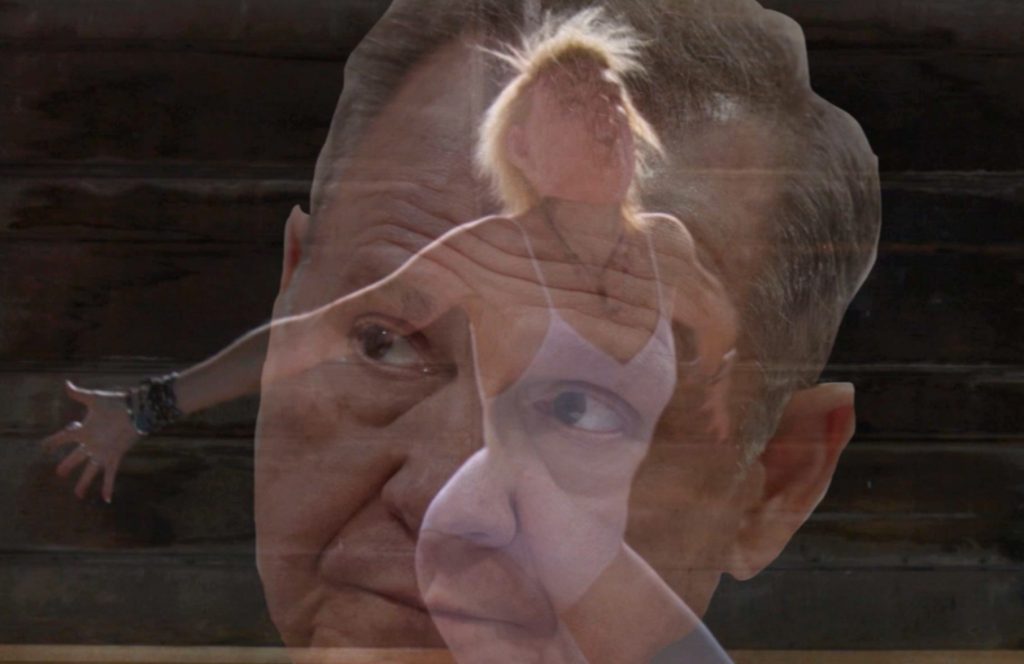 Previous post:
Maybe I’m not a total failure after all? Next Post:
Why Do I Let People Draw On Me?